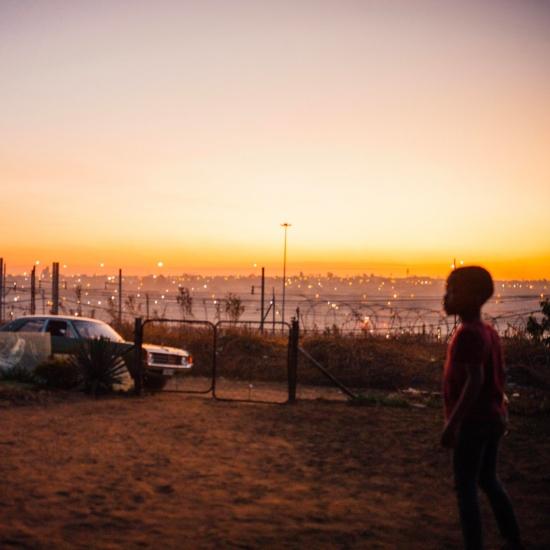 Urban Village music is made up of 4 young, self-taught and experimental artists from Soweto, Johannesburg.
Their sound can be described as South African folk music layered with electric, funky acoustic melodies and a blend of traditional influences. The band’s music encapsulates day-to-day black livelihood experiences.
Urban Village is currently independent and recently released its sought after six-track EP, Bantu Art which features the people’s favourite Ubaba and Makolo Yanga.
"I wrote the melody on mbira and the lyrics with guitarist Lerato Lichaba, who assisted with the association. Our label Nø Førmat prompt that we work with French producer Fred Soulard. Early on, each the label and Soulard had been totally supportive of the band’s imaginative and prescient for the album, permitting time for preproduction on the Nirox Basis, with the album being recorded on the legendary Downtown Studios in JHB and Determine of eight Studios." (Tubatsi Moloi)
"Our motivation as a band is to create music that encourages, entertains and awakens cultural and conventional consciousness. We’re pleased with our Soweto and South African roots however are positively pan-African and consider in an Africa the place fathers are current and the place our sisters can really feel protected and have the identical alternatives as our brothers. Our songs all have messages, which align with this core perception. ‘Sakhisizwe’ seeks to encourage listeners to unite and construct the nation, ‘Ubaba’ encourages individuals to embrace the significance of being a father and enjoying your position in society, and ‘Dindi’ celebrates one’s darkish pores and skin."
Urban Village 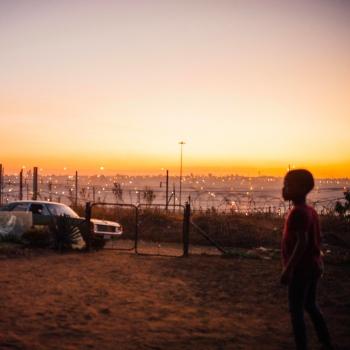 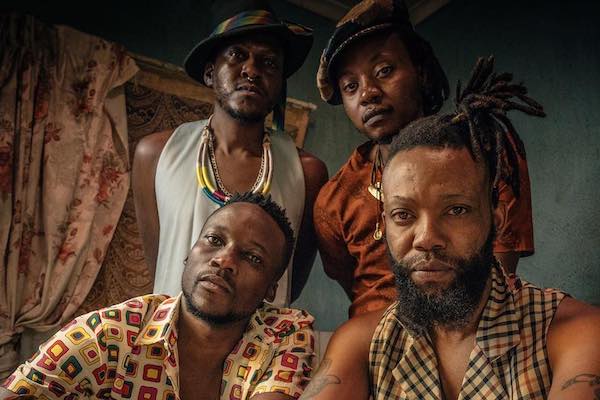 Urban Village
Born in Mzimhlope, Orlando West Soweto, Lerato Lichaba is a self taught Guitarist who began his journey with the guitar at the age of 16 years at the historical Uncle Tom’s Hall in Orlando West. Upon completion of his matric he went on to pursue his love for music by becoming a Disc Jockey. In 2006 he was involved in studio production and worked at Soul Candi Records as a Session Artist while studying Studio and Software Management at the Soul Candi Academy.
It was during this year that he began to take playing the guitar seriously. His distinct and unique style of playing has presented him with amazing opportunities both locally and internationally playing across a variety of genres. Lerato is inspired by life and how people relate, moreover, how different cultures and traditions blend in the language of his music. In music, there is no colour or creed; it is a place where all people can connect with each other.
Lerato is also a member of Forst Jam Southern Africa together with veterans – Madala Kunene, Mabi Thobejane as well as Swiss and Mozambican artists. The intercultural band which seeks to encourage social cohesion has recently toured South Africa and Mozambique in March – April 2016 under the name Forest Jam Groove Orchestra. He has previously performed with acts such as Khethi Ntshangase, Jah Vinci (Jamaica), Bernard Sibusiso Mndaweni, BCUC, Freeky, Skin 2 Soul, Miss Nthabi, Neo Beats, LoveGlori, Steady Rock, Misbreed, Bridget Pike, Jazzmania and Motsatsing.
In March 2014, having been inspired through travel and gaining experience throughout the years as a session guitarist, Lerato founded the Urban Village. It is a musical motion of sound fused by urban and rural influences based on society’s daily survival, struggles and joys. The band is made up of young, self-taught and experiential artists from Soweto, Johannesburg. The Urban Village sound can be described as South African folk music layered with electric, funky acoustic melodies and a blend of traditional influences.
The Urban Village music encourages and motivates, entertains, and awakens cultural and traditional consciousness. Moreover, the music content encapsulates day-to-day personal and societal experiences echoed with teachings by the elderly.
The band members have been performing in their individual capacities for a number of years. Tubatsi Mpho Moloi has been part of the Urban Village since its inception. He is a sensational and charasmatic vocalist and multi-instumentalist playing mainly the Flute and Rhythym Guitar since 2005. Previously, he has been touring the world with the renowned musical production, Umoja, where he was acting and dancing.
Xolani “Cush” Mtshali started playing Drums in 2008 where he learnt at a local church and has since taken a career in music. What inspired him to play drums was when he was really moved by rhythms and how they would make sense to him before he knew how to hold drum sticks. Cush believes that music does not begin on papers and scoring sheets but from within. He has sessioned for many bands in Johannesburg with one of his career highlights winning the Gauteng Department of Sport, Arts, Culture and Recreation Puisano Live Music Project competition for Best Band in the year 2011 – 2012 with L8 Antique.
Simangaliso “Smash” Dlamini began his music career as a Disc Jockey in 2005 and developed his skills in music production, sound design and music business at the Soul Candi Institute of Music. Later he pursued his passion for the bass guitar and also studied music theory, performance, arranging, composition and further studied music business. Simangaliso has shared stages with Peter White, Kenny Latimore and the New Orleans Big Band to name a few. To date he has collaborated and played bass for Motsatsing and The Rays, Watoto Wa Mduara Roho, Sun Xa Experiment, Morare and Nelisiwe. Artistic self-expression through performances, rehearsals and studio recordings fuels the band.
Their incredible interaction, improvisation and spontaneity during live performances go to show just how skilled they are as musicians. The feedback and response from fellow musicians, industry players, veterans, radio personalities and fans alike has been overwhelmingly positive! Among them: Madala Kunene, Thebe Lipere, Nicky B (Kaya FM), Thulane Shabangu (Music Academic), Mabi Thobejane are the many endorsers of the Urban Village music.
Currently, the band is independent and recently released its sought after six-track EP, Bantu Art, in April 2016 which features the people’s favourite Ubaba and Makolo. In May 2016, Urban Village won the 2016/17 Gauteng Department of Sports, Arts, Culture and Recreation Puisano Jazz competition and Back to the City battle of the bands 2017. The band has so far performed at Oppikoppi, Gauteng Government Youth Day 2016 Commemoration, Fete De La Musique Joburg 2016, Open Letter to Freedom by Soweto Theatre, North West University Art Gallery, Roots of Humankind Festival, Soweto Wine and Lifestyle Festival, Basha Uhuru Freedom Festival 2016 and 2017, Mieliepop Festival, 94.7 Big September, Rise & Shine Festival, Seven Sounds, Sounds of Soweto, His and Hers Jams, Moretle Park Jazz Festival, Hugh Masekela Heritage Festival, Puncture Points Exhibition, Grahamstown Arts Festival 2017, Yebo Mzala Yebo Gogo Festival (Swaziland), Park Acoustics, Dundee Battle Fields Carnival, The Chairman Live Fridays, Dulstroom Music Festival, Trackside Creative, Capital Craft Beer Festival, Cycle to Hike Camp, Huawei 94.7 Joburg Day, Afrobeat Sundays, Aardklop Arts Festival (2016, 2017) Macufe 2017, Nirox Words Festival 2017, Arts Alive Joburg International Arts Festival 2017 and corporate events including the Brand South Africa CEO Breakfast and the Dean’s and Director’s Association of African Business Schools Connect Annual Conference at the Gordon Institute of Business Science.