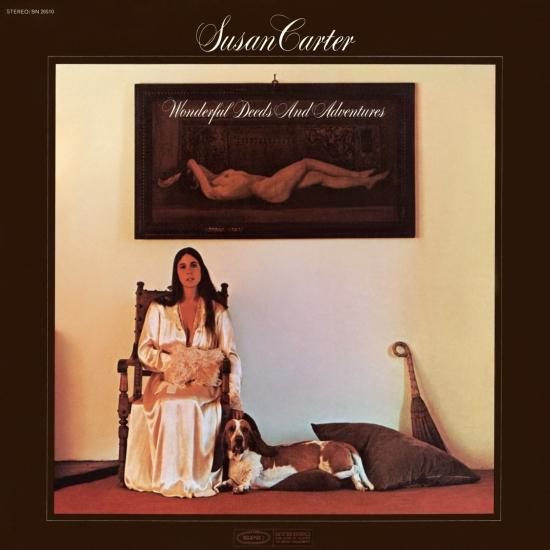 This release’s subtitle, A Collection Of Stirring Scenes & Moving Accidents, hints quite strongly at a bit of a mixed bag where perhaps not everything is totally pulled off. There is, however, a good deal of interest here, notably on the opening track which is a radical and fascinating reworking of Buffalo Springfield’s Bluebird. Although this album was recorded in New York in 1970, Susan Carter was an unknown member of the legendary Laurel Canyon group of artists, and her approach sat somewhere between earlier jazz/blues influences from Billie Holiday and the fresh approach of Laura Nyro. Her covers of Donovan’s Young Girl Blues and Lennon/ McCartney’s I’m So Tired work well and take the songs in new directions, though her take on Randy Newman’s Illinois is arguably less successful.
Carter’s arrangement and well-controlled, rich voice are boosted by input from Blood, Sweat & Tears’ Dave Halligan, most successfully on a very fine Temptation’s Out To Get Me. Elsewhere there are a few points where you wonder what they were thinking of, but there’s so much more that’s aurally arresting to leave the whole collection very much deserving of credit. Well done Rev-Ola for finding this one.
"Along with the likes of Jackie DeShannon, Cass Elliot and Joni Mitchell, Susan Carter was an integral part of the late 1960s Laurel Canyon scene, a veritable 'Lady Of The Canyon.' Carter captured the attention of Epic Records, who teamed her with producer Les Carter and arranger Dick Halligan (of Blood, Sweat & Tears fame). Recorded in New York, her 1970 debut Wonderful Deeds and Adventures - A Collection of Stirring Scene and Moving Accidents was certainly that and more -- something of an era timepiece. It was also interesting in that, with backing from Randy Brecker and most of BS&T, material such as Donovan's 'Young Girl Blues,' James Taylor s 'Brighten Your Day with My Night' and 'Medley for Billie Holiday' found Carter working in the blues and jazz genres years before Joni Mitchell and other contemporaries made such a move. Carter certainly had a powerful and versatile voice, capable of handling a wide variety of genres and her crystalline voice occasionally recalled Laura Nyro. Wonderful remaster of this outstanding album! A must for all fans of hippie femme vocals: Nancy Priddy, Susan Carter, Laura Nyro, Joni Mitchell."
Special mention must be made of the sound - the remaster quality is EXCEPTIONAL - beautiful work done by NORMAN BLAKE and JOE FOSTER at Studio 3 in Glasgow. The opening track has a 30 second acapella passage and Carter's voice is clear, warm, and has very little hiss surrounding it - and when the instrumentation does kick in, you feel all of it - great stuff. It's like a really good Blood, Sweat & Tears transfer - fans of the album will be thrilled and Revola have done the lady justice.
Susan Carter
Digitally remastered 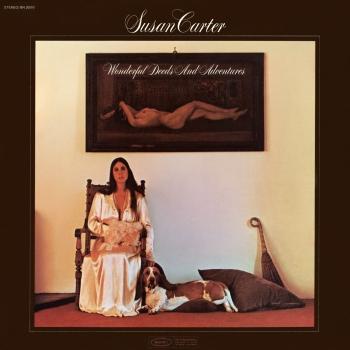