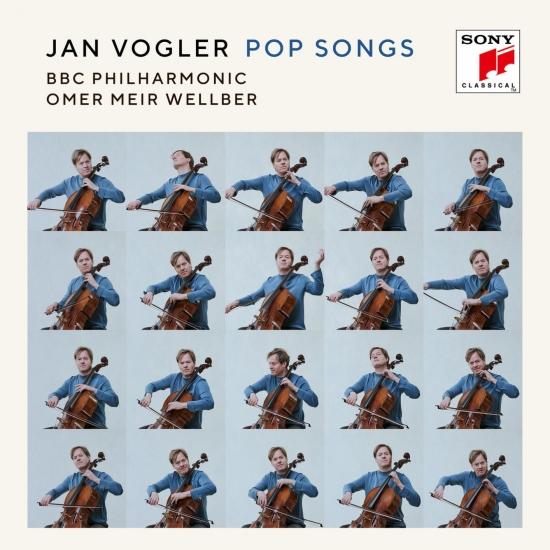 As a cellist, Jan Vogler is always on the lookout for interesting repertoire expansions for his instrument. After the world premiere recording of the "Three Continents" cello concerto written for him by three composers for his last album, Jan Vogler now lets his cello "sing" the "pop songs" of past centuries. His partners are the BBC Philharmonic and conductor Omer Meir Wellber. The new arrangements span a range from Monteverdi to Michael Jackson, from Mozart to the Beatles.
Jan Vogler has selected a total of 15 catchy tunes from four centuries for "Pop Songs". These include world-famous arias such as that of the Queen of the Night from Mozart's Magic Flute, the "Casta Diva" from Bellini's Norma or the famous "Flower Aria" from Bizet's Carmen, and thus vocal pieces that were popular hits at the time and still are today - as with Gershwin's "Summertime", Michael Jackson's "Billie Jean" or "Golden Slumbers" by Lennon / McCartney, which have also been recorded.
For almost 20 years, musical range has been one of Jan Vogler's trademarks: "I've played Jimi Hendrix on the cello, been on stage with Eric Clapton and Bill Murray. It's always inspired me a lot to try new things." And so, for him, the new album is just a logical continuation of projects like "Songbook," realized together with guitarist Ismo Eskelinen, or the successful album "MyTunes."
"I grew up listening to opera in East Berlin, my father was a cellist at the Komische Oper. I heard many of the arias recorded here for the first time there as a child. When working on 'Pop Songs,' I was in close dialogue with Omer Meir Wellber. Together we then developed a playlist that shows how popular arias become pop songs, a very exciting story. Telling it with the cello was a wonderful challenge and broadening of horizons for me," says Jan Vogler.
Pop Songs" is divided into three blocks. Beginning with the Baroque to Mozart, through the great opera classics of the Romantic period - until you get to the home stretch with Frank Sinatra, the Beatles and Gary Moore, racing towards Michael Jackson. "Jackson is our final point," says Jan Vogler, "because this is where the final break with pop music as we define it today takes place. In terms of craftsmanship, like everything else with him, it's absolutely superbly done. Rhythmically almost a bit reminiscent of Shostakovich. With this heated atmosphere, he really pushes open the door to completely new musical worlds once again."
Jan Vogler, cello
BBC Philharmonic
Omer Meir Wellber, conductor 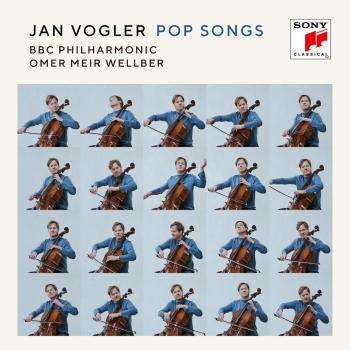 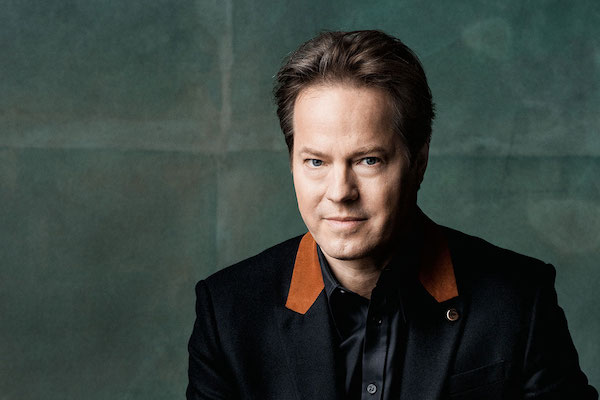 Jan Vogler
Vogler’s distinguished career has brought him together with renowned conductors and internationally acclaimed orchestras around the world, such as New York Philharmonic, Leipzig Gewandhaus Orchestra, Deutsches Symphonie-Orchester Berlin and London Philharmonic Orchestra. His great ability allowed him to explore the sound boundaries of the cello and to establish an intensive dialogue with contemporary composers and artists. This includes regular world premieres, including works by Tigran Mansurian (with WDR Symphony Orchestra conducted by Semyon Bychkov), John Harbison (with Mira Wang and the Boston Symphony Orchestra), Udo Zimmermann (Bavarian Radio Symphony Orchestra), Wolfgang Rihm (Double Concerto with Mira Wang), Jörg Widman (Cello Concerto Dunkle Saiten, dedicated to Jan Vogler himself) and Nico Muhly, Sven Helbig and Zhou-Long (Drei Kontinente – Konzert für Cello und Orchester, composed for Jan Vogler). The New York Times praises his “soulful, richly hued playing” and the Frankfurter Allgemeine Zeitung grants him the ability “to make his cello speak like a singing voice”.
In addition to his classical concert activities as a soloist, Jan Vogler has collaborated with actor Bill Murray for their joint musical-literary project “Bill Murray, Jan Vogler & Friends – New Worlds”. The innovative programme drew international attention and brought together works by Twain, Hemingway, Whitman, Cooper, Bernstein, Bach, Piazzolla, Mancini, Gershwin and Foster for an unexpected and exciting exploration of the relationship between literature and music.
Highlights of Jan Vogler’s career as a soloist are concerts with the New York Philharmonic – both in New York and Dresden at the occasion of the reopening of the rebuilt Dresdner Frauenkirche under the direction of Lorin Maazel in 2005 –, Chicago, Boston, Pittsburgh and Montréal Symphony Orchestras, Mariinsky Orchestra, Sächsische Staatskapelle Dresden, City of Birmingham Symphony Orchestra, Orchestra dell’ Accademia di Santa Cecilia, Vienna Symphony Orchestra, Munich Philharmonic as well as with The Knights. He collaborates with conductors such as Andris Nelsons, Fabio Luisi, Sir Antonio Pappano, Valery Gergiev, Thomas Hengelbrock, Manfred Honeck and Kent Nagano.
Jan Vogler has been working successfully with the Sony Classical label since 2003 and in the course of this cooperation around 20 CDs have been produced so far. His most recent recording was released in June 2020 with the cello concerto “Three Continents” by Nico Muhly (USA), Sven Helbig (D) and Zhou Long (CHN) with the WDR Symphony Orchestra under Cristian Măcelaru and Shostakovich’s 2nd Cello Concerto with the Mariinsky Orchestra under Valery Gergiev. The CD Songbook with the Finnish guitarist Ismo Eskelinen, released in 2019, expands the repertoire of the unusual combination violoncello and guitar with pieces by de Falla, Paganini and Piazzolla, among others.
Previous recordings include a recording of double concertos for violin & violoncello by Rihm, Brahms and Harbison, together with violinist Mira Wang, the Royal Scottish National Orchestra and conductor Peter Oundjian (May 2018), as well as Schumann’s cello concerto together with the Dresden Festival Orchestra and Ivor Bolton (October 2016), Tchaikovsky’s Rococo Variations with the Frankfurt Radio Symphony Orchestra, conducted by Andrés Orozco-Estrada and the Moritzburg Festival Ensemble (March 2016), Concerti di Venezia with La Folia Baroque Orchestra featuring Venetian cello Concertos from the 18th century from Vivaldi, Caldara, Porpora e.a., the Schumann album Dichterliebewith Hélène Grimaud e.a., and his critically acclaimed recording of Bach’s Six Suites for Unaccompanied Cello. After the success of his CD My Tunes featuring short character pieces, a volume 2 was published. It was followed by an award-winning recording of Dvořák’s Cello Concerto with the New York Philharmonic under David Robertson (Pizzicato Supersonic Award, Diapason d’Or Janvier, Choc – Le Monde de la Musique Mars).
Jan Vogler has been Director of the renowned Dresden Music Festival since October 2008 as well as Artistic Director of the Moritzburg Festival since 2001. In 2017 the Moritzburg Festival celebrated its 25th anniversary as one of the most established chamber music festivals internationally.
In 2006, he received the European Award for Culture and in 2011 the Erich-Kästner Award for tolerance, humanity and international understanding. In June 2018 he received the European Award for Culture TAURUS as Director of the Dresden Music Festival. 2021 Jan Vogler was awarded the Order of Merit of the Federal Republic of Germany.
Jan Vogler plays the Stradivari ‘Ex Castelbarco/Fau’ 1707 cello.