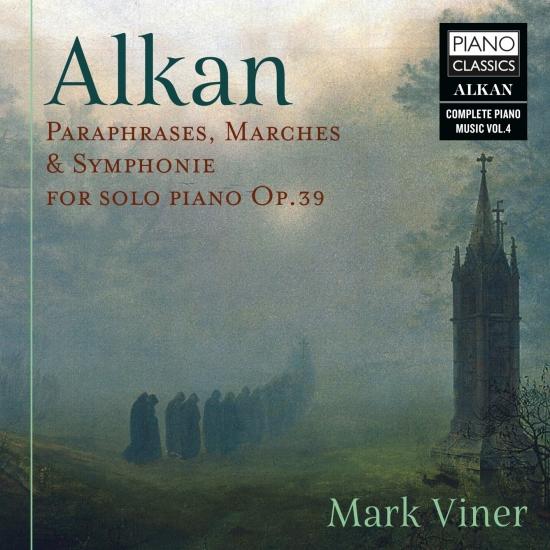 British pianist Mark Viner continues his complete Alkan-cycle with the 4th volume, containing one of the most extraordinary piano works of the 19th century, the Symphony for piano solo. It is one of Alkan's most darkly impassioned conceptions, its declamatory rhetoric, passionate outbursts and towering climaxes all bound by a tightly organised structure. The sometimes ten note chords, thick, chordal tremoli and volleys of double octaves create a truly symphonic sound spectrum.
Also included are the Three Marches 'quasi da cavalleria' Op. 37, the haunting Funeral March Op. 26 and the festive and pompous Triumphal March Op. 27.
Mark Viner's complete Alkan cycle is gaining widespread international attention. The 3rd volume, containing the massive Grande Sonate, received the prestigious Gramophone Award, as well as CD of the Month in International Piano.
'For the second disc in his gargantuan 17-CD project of recording all Alkan's music Mark Viner gives us the 25 Préludes with an exemplary musicianship and assurance...makes you eager for further issues from this outstanding and most enterprising pianist' (Bryce Morrison in International Piano). Viner's previous recording of the Alkan Etudes Op 35 received 5 stars and CD of the Month in BBC Music Magazine as well as 5 stars in The Guardian ('Viner rises to Alkan s extraordinary challenges').
"Mark Viner’s mould-breaking survey of Alkan’s complete piano music reaches its fourth volume (17 are projected) with this astonishing account of the technically forbidding, tautly structured Symphonie for solo piano, published as part of the 12 Op 39 Etudes. Viner makes light of all challenges, his sound never forced, his shaping always cogent, and he makes convincing cases for slighter pieces (two paraphrases, five marches, an Alleluia), where Alkan often tempers bombast with hints of Satie-like wryness. Stephen Pettitt." (The Sunday Times)
"Four years ago, Mark Viner began his survey of Charles-Valentin Alkan’s piano music for Piano Classics with an outstanding account of the fiendishly demanding Études in All the Major Keys, Op 35, the epitome of keyboard transcendentalism. The main work on his latest disc (the fourth in a projected series of 17) is another of Alkan’s greatest achievements, the Symphonie that forms four movements of his Op 39, the 12 Études in All the Minor Keys, a set that also includes the Concerto for solo piano and a final huge set of variations, Le Festin d’Ésope.
"The Symphony is music of immense technical complexity – ferocious double octaves, massive chordal explosions, vertiginous scales – with occasional moments of quiet lyricism, and Viner negotiates it all with wonderful aplomb and just the right amount of swagger. He doesn’t spare himself on the rest of the disc either, in a sequence of marches and two programmatic paraphrases, all dazzlingly played." (The Guardian)
Mark Viner, piano 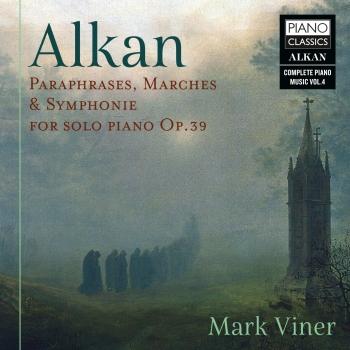 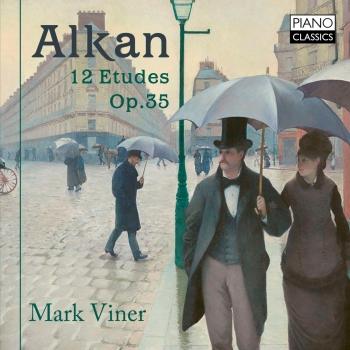 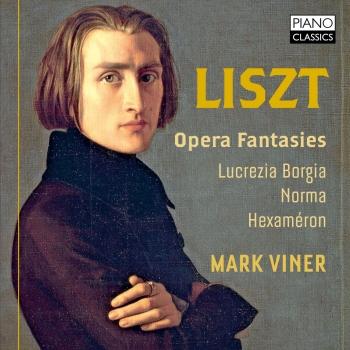 Mark Viner
26, is recognised as one of the most exciting British concert pianists of his generation. His playing is notable for its individuality, tonal allure, musical integrity and technical mastery. He began playing at the age of 11 and two years later, he was awarded a scholarship to enter the Purcell School of Music. There he took lessons with Tessa Nicholson for the next five years. Another scholarship to him to the Royal College of Music where he studied with Niel Immelman for six years and graduated with both first class honours in a Bachelor of Music degree and a distinction in Masters of Performance.
He has given acclaimed performances at London’s Wigmore Hall, St. John’s Smith Square and Royal Academy of Art. Engagements in his hometown of Oxford include recitals at the Jacqueline du Pré Music Building and a public masterclass with Lang Lang at the Sheldonian Theatre, while earlier in the year he was invited to play for the Royal visit of H.R.H. Prince Charles, later making his début with the Oxford Philomusica Orchestra at the Sheldonian Theatre under the batôn of Marios Papadopoulos.
After being awarded 1st Prize at the C.V. Alkan – P. J. G. Zimmerman International Piano Competition in Athens last year, invitations abroad have continued to flourish. While having travelled for concerts at the Achilleion Palace of Corfu and the Megaro Moussikis of Athens, his official début in the Hellenic capital was hailed by the press as the most important musical event of 2012. Following his Athenian triumph, he was elected Honorary Board Member and Special Music Advisor of the C.V. Alkan – P. J. G. Zimmerman International Music Association as well as Honorary Member of the Gina Bachauer International Music Association.
Awards received in previous years include a bursary from The Countess of Munster Musical Trust and the Sarah Mundlak Memorial Prize for Piano which he received for having gained the highest mark in the year for his final recital in the Royal College of Music.