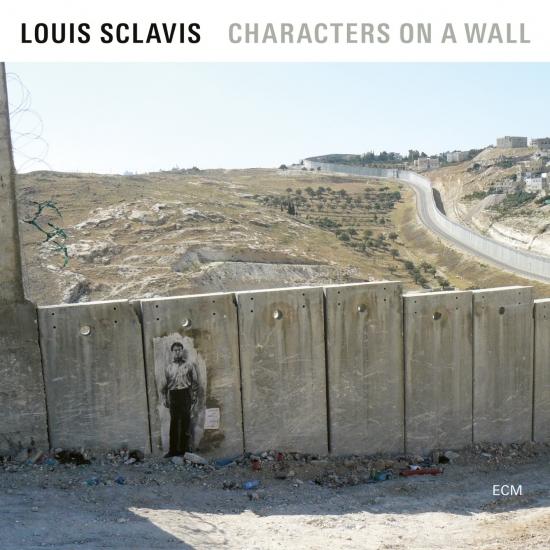 Info for Characters On A Wall

Louis Sclavis’s 13th ECM recording finds the French clarinetist drawing inspiration from two sources – the street art of Ernest Pignon-Ernest, and the interpretive originality of a splendid new quartet. Pignon-Ernest’s works were previously the subject of Sclavis’s highly acclaimed 2002 recording Napoli’s Walls. This time Sclavis looks at a broader range of the artist’s in situ collages from Ramallah to Rome, in search of “a dynamic, a movement that will give birth to a rhythm, an emotion, a song.” In the Sclavis group, gifted bassist Sarah Murcia and expressive drummer Christophe Lavergne join inventive pianist Benjamjn Moussay (a key collaborator on Sources and Salt and Silk Melodies) making this the first time Sclavis has explored – in characteristically individual fashion - the classic jazz format of reeds, piano, bass and drums on an ECM disc. Recorded at Studios La Buissonne in the South of France and produced by Manfred Eicher.
French clarinettist Louis Sclavis’s thirteenth album as a leader on ECM finds him drawing inspiration from two primary sources: the interventionist street art of Ernest Pignon-Ernest and the interpretive brilliance of his reconfigured quartet. Characters On A Wall marks, surprisingly, the first time that Sclavis has deployed the classic jazz line-up of reeds, piano, bass and drums on an ECM record. “This instrumental formation is one I hadn’t used for a long time,” says Louis. “It still feels new to me, and the band feels like a real jazz group – in its make-up, sonorities and sense of interplay.” The canonical format seems a good fit with the subject matter, given Pignon-Ernest’s position as a classicist among the street artists, balancing technical control and compositional elegance with a flair for subtle colouration and emotional drama.
Five Sclavis compositions, “L’heure Pasolini”, “La dame de Martigues”, “Extases”, “Prison” and “Darwich dans la ville” are musical responses to Pignon-Ernest’s in situ paintings from Paris to Palestine. The album also includes “Shadows and Lines”, written by pianist Benjamin Moussay. A frequent Sclavis associate over the last two decades, Moussay previously appeared on the albums Sources (recorded 2011) and Silk and Salt Melodies (2014). Repertoire on Characters on a Wall is completed by two collective pieces –“Esquisse 1” and “Esquisse 2” – which bring the improvisational resourcefulness of new group members Sarah Murcia and Christophe Lavergne to the fore.
Characters on a Wall marks the second time that Louis Sclavis has devoted an album to music inspired by the art of Ernest Pignon-Ernest. Napoli’s Walls (recorded in 2002) was an evocation of Pignon-Ernest’s work in the city of Naples. Characters, in contrast, is inspired by the artist’s work in all its periods. Sclavis: “Ernest’s work speaks to me very directly. When I look at his images, I don’t have to search for long – ideas come to me very quickly. But there’s no rule, no method. Each work generates its own form and compositional processes.”
The Village Voice once called Louis Sclavis “the most consistently impressive bass clarinettist since Eric Dolphy” but, as he has proven many times, his real instrument is the ensemble. He knows how to make his groups sing. Each of his bands has had a very distinct character, utilised by Sclavis to address a wide range of subject matter. “Sclavis keeps renewing and reinventing himself,” Stéphane Ollivier remarks in the liner notes. “The clarinettist expands his universe ever further at the limits of established genres and styles, into hybrid shifting territory where the learned and the popular, the ultra-contemporary and the traditional meet.”
Benjamin Moussay started out studying classical piano at the Strasbourg Conservatory, before turning to jazz. In 1998 he was laureate of the Martial Solal International Jazz Piano Competition. Playing experiences with Louis Sclavis, Archie Shepp, Jerry Bergonzi, Glenn Ferris, Daniel Humair, Tony Malaby have contributed to the development of his language and technique, but his scope is wide and he cites also the influence of contemporary composition, electronic music and rock and pop on his musical development. In the liner notes, Stéphane Ollivier describes Moussay as “a sophisticated, lyrical pianist, who brings an intensity of phrasing and a deep harmonic understanding to a vision of his instrument that is orchestral and scenographic.”
New bassist Sarah Murcia, a former student of the late J.F. Jenny-Clark (a contributor to important early ECM recordings including Paul Motian’s Le Voyage and Kenny Wheeler’s Around Six), moves adroitly between background and foreground responsibilities, both a powerful soloist and a driving presence. She has worked across several idioms in the course of her artistic journey, beginning with classical piano, and an early period as a cellist. On bass, she has recorded with Steve Coleman’s Five Elements Group and worked with numerous French improvisers. Her own project Never Mind The Future (line-up including Benoit Delbecq and Sclavis associate Gilles Coronado) has proposed improvised approaches to punk rock. Murcia also composes music for film and dance.
Drummer Christophe Lavergne has worked a similarly broad field. He studied at the Nantes Conservatory before finding his path as a jazz improviser, travelling often to New York where he studied with Billy Hart, Marvin “Smitty” Smith, Charlie Persip, Adam Nussbaum, and Mike Clark among others. He has played or recorded with Thôt, Le Gros Cube, Caroline (with Sarah Murcia), Emmanuel Bex, Stéphane Belmondo, Benoît Delbecq and more.
Louis Sclavis’s ECM recordings include Rouge (recorded 1991), Acoustic Quartet (1993), Les violences de Rameau (1995/6), L’affrontement des prétendants (1999), Dans La nuit (2000), Napoli’s Walls (2002), L’imparfait des langues (2005), Lost on the Way (2008), Sources (2011), Silk and Salt Melodies (2014), and Asian Fields Variations (2016). He can be also be heard on Ida Lupino (2015) with Giovanni Guidi, Gianluca Petrella and Gerald Cleaver.
Louis Sclavis, clarinets
Benjamin Moussay, piano
Sarah Murcia, double bass
Christophe Lavergne, drums

Booklet for Characters On A Wall