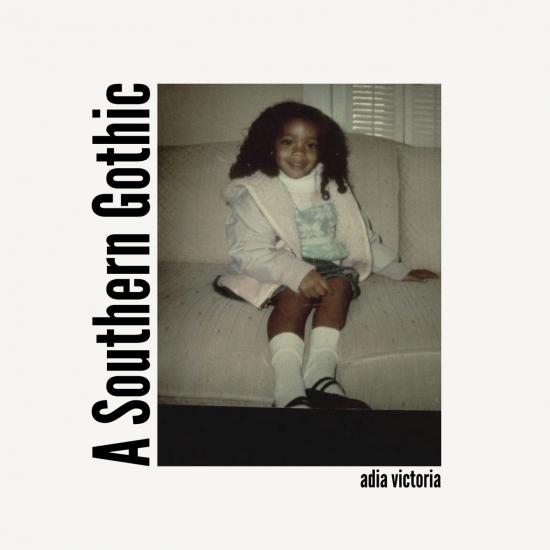 Info for A Southern Gothic

"A Southern Gothic" is Adia’s 3rd album and marks the follow up to 2019’s critically acclaimed Silences, produced by Aaron Dessner. Around its release, The Songwriters Hall of Fame presented Adia with the Holly Prize which recognizes and supports a new “all-in songwriter.” She toured the U.S. and Europe on the “Dope Queen Tour” which included a performance on Live From Here with Chris Thile and at Brooklyn’s Prospect Park, the Newport Folk Festival, and a performance at Mass MOCA and Boston Calling. She has also appeared on The Late Show With Stephen Colbert. Last year saw Adia participate in a panel discussion, “Black Equity in Americana: A Conversation, hosted by the Americana Music Association and moderated by Marcus K. Downling.
After a year spent in my room in Nashville, I wondered what stories I had to tell. Often the only view of the South beyond my window was the magnolia tree in my backyard. It blocked the rest of the world from my sight. I limited my gaze to its limbs, its leaves and the obscene bloom of its iconic white flower.
The magnolia has stood as an integral symbol of Southern myth making, romanticism, the Lost Cause of the Confederates and the white washing of Southern memory. ‘Magnolia Blues’ is a reclaiming of the magnolia – an unburdening if its limbs of the lies it has stood for. This song centers the narrative of a Black Southern woman’s furious quest to find her way back home to the South under the shade of her Magnolia.
‘Magnolia Blues’ is an ode to Southern Black folk—too often hemmed out of what we mean when we say ‘Southerner’ – and it is also an ode to the South itself. To rescue it from – in the words of William Faulkner – ‘a make believe region of swords and magnolias and mockingbirds which perhaps never existed.’
With A Southern Gothic Adia continues her journey through the conflicts of the American South and the troubling resonance of its past. Sonically, the album is full of frequent juxtaposition. It is equal parts historical montage and modern prophesy, dark and light, love and loathing. The 14 tracks are the musical embodiment of the relationship that so many people, especially Black women, have with the South.
During the writing process, Adia listened to Alan Lomax’s old field recordings and the sounds became the heartbeat of her new music, upon which she and creative partner Mason Hickman later layered other parts. And in many ways, the story of working with Hickman to write and produce A Southern Gothic is as critical to the project as the stories Victoria tells across the album. Recording for A Southern Gothic began in Paris in 2019/early 2020, and it was while in France that Victoria discovered a sense of clarity about her home that she didn’t always have when she was writing from her home. “I would say that the philosophy behind this record is, ‘Necessity is the mother of invention,’” Victoria says. “It’s also, ‘When you don’t have excess, when that’s all stripped away, what you gon’ do with that?’ What art can you make from walking through your mother’s garden?”
Without excess or access—to musicians, producers, studio—Victoria and Hickman became a two-man band of sorts, connecting over Victoria’s collection of Southern tales as they tried to keep the pandemic from killing them. Hickman taught himself mandolin and banjo while Victoria cut drum and piano parts. And later, even when the world began to re-open, vaccines became available, and Victoria was able to get in the studio with T-Bone Burnett, the recordings that Victoria and Hickman had done on their own remained.
“I wanted the album to be a time stamp of where I was in 2020,” Victoria says. “I wanted to pay homage and be honest to what I had to work with. I didn’t feel the need to go back and change it and pretty it up. It was honest and it was true.”
The result is a project that fits perfectly into Victoria’s catalogue and the rich legacy of Black Southern storytelling, even as it stands alone as a freshly innovative work. T Bone Burnett says, “Adia Victoria sings on an arc between Memphis Minnie and Sojourner Truth.”
Adds Victoria: “With this project, I was so anchored in the past and the Black brilliance that came before me that it was kind of a road map. They said, ‘Sweetie, we’re gonna locate you, and we’re gonna allow you to move it forward.’”
“Silences scans like a biting, lush indie rock record, but it’s a blues album in this pure sense. As she cavorts with and squares off against demons across these dozen tracks, Victoria positions herself as a 21st-century heir to the blues, honoring traditions while eagerly bucking them.” Pitchfork
“Silences, Victoria’s second album, displays a new level of imaginative precision; it’s arrestingly bleak, menacing and wry in turns.” NPR
Adia Victoria 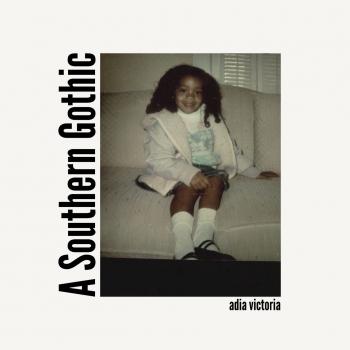 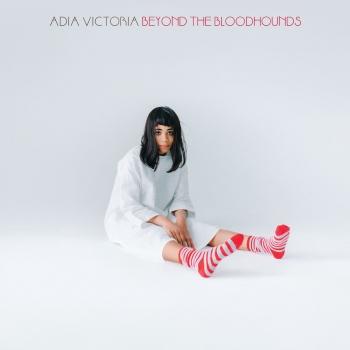 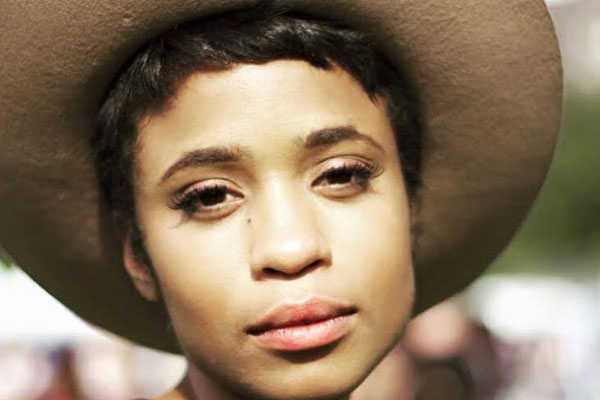 Adia Victoria
is establishing a fresh reference point on the musical landscape. From blood-born howls to idiosyncratic phrasing, she is the big red dot saying You Are Here. The Nashville-based artist travels the lands of rock, afro punk, and country, squarely situated in the continent of the Blues.
Ask about her artistic goals, and the songwriter/vocalist will say, “I want to shine a light on the unseen, and speak the unspeakable.” Adia Victoria is a truth teller. She admits, “I don’t necessarily paint myself in a flattering light. This isn’t the pop version of pretty or the strategically posed pretty-ugly. Sometimes I’m just ugly. There’s a brat in some of these songs, selfish, naïve, vengeful, but there’s also a tender eye that just wants the listener to feel seen and understood.”
Rolling Stone Magazine featured Adia Victoria as one of “10 New Artists You Need to Know.” The Village Voice called her an “eerie, intriguing songwriter,” with “bone chilling guitar riffs and lyrics topped with candid scorn. Vogue highlighted the recording artist as one of “5 Beauties Who Answer to Afropunk’s Rebellious Call.”
Any forces that tried to tell the former ballet dancer/telemarketer/French major to play small, failed. Growing up in Spartanburg, South Carolina and raised in a strict, Seventh Day Adventist atmosphere, she knows about feeling less than whole. But following her inner voice, and creating a new life for herself in New York, Atlanta, and now Nashville (with stints in Paris and Germany) honed a self-assured voice that resists the outside gaze. She explains, “I wrote this album as a memorial to my 20s. Those are tender years for a lot of women. It hurts. You get busted up in love and life. You make a lot of mistakes. You meet a lot of people who do you dirty because you don't understand your value yet.”
Adia Victoria spent the last few years writing, recording, touring and performing, while entrenched in the infamous artist R&R world – restaurants and retail work. Day jobs at a laundry list of Nashville “it” and not so “it” spots gave the musician lots of people watching time as well as the mental and emotional space to marinate in her art.
Adia blows the social hush-hush lid off the mental and emotional state of a young black woman growing up under the poverty line in the Deep South and all the implications of such. No pretense. No jive. But also, like the writing of Eudora Welty and Tennessee Williams, there is plenty of Southern Gothic styled, marrow deep joy.
In a recent feature story, Fader encouraged us to, “Meet Adia Victoria, A Poet Making Country Music a Little Creepier.” She is found in album cuts like Sea of Sand and Stuck in the South, revealing some of her place-based aha moments. In the latter, she notes, “I don’t know nothin’ about Southern belles/ But I can tell you something about Southern hell.” As songs like “Head Rot”, and first single “Dead Eyes” show us, Adia says, “it’s an album of falling in love, dealing with loss, confusion, anger, love, and loving myself.”
Produced by Roger Moutenot (Yo La Tengo, Sleater Kinney) and the artist herself, recorded at Nashville, Tennessee’s Haptown Studios, Beyond the Bloodhounds features the indelible lyrics, voice, and guitar solos of Adia Victoria along with a band of talented musicians including Tiffany Minton (Drums), Alex Caress (keys), Mason Hickman (guitar), and Jason Harris (bass). She recalls, “the studio is a Music City treasure. It used to be a car repair shop. You walk in and there are no windows. It’s dark and moody. It feels like walking into the mind.”
The result of a lifetime of introspection and a younger self marked by silent observation, Adia Victoria’s Beyond the Bloodhounds was three active, recording years in the making. The title pays homage to a line in Harriet Jacobs’ Narrative in the Life of a Slave Girl.
Ultimately, Victoria’s debut album is more both/and, than either/or. The complexity of her Southern, barrel-aged roots and world traveling, bookworm woman ways will lure you out of the status quo.
Publications like American Songwriter, Rookie, and NPR are taking notice.
Now on the brink of her 30s, fluent in the language of her own self, Adia Victoria stands poised to take her place in a line of true artists. Her mother warned that she feels too much and would be torn up by the world. Adia will tell you that proved to be true. “I’ve felt shredded, but I’m now blessed to embrace the intense feelings as part of my job. That’s what I do. It’s my bread and butter. My art depends on me feeling and experiencing. I show up, live, and come back and say, oooooh Honey, it was like this...”
2016 will be a big year with the release of a full length album and her Me & the Devil tour through the U.S. and Europe. Listeners will hear a self-described back-porch-blues-swamp-cat-lady-howlin’-at-the-moon.