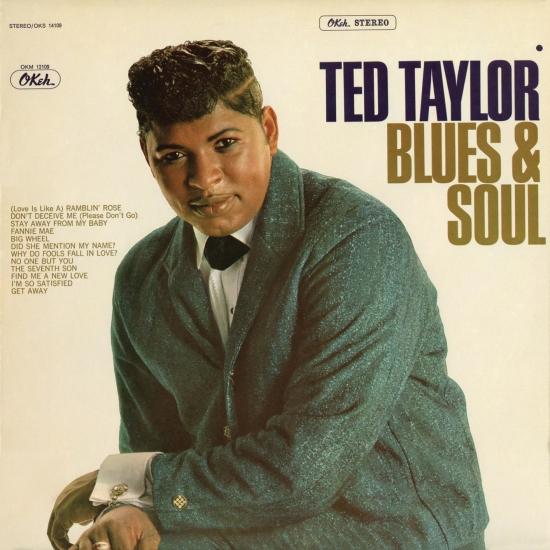 One of 2 great albums that Ted cut for the Okeh label in Chicago – and the rougher of the two, with a story that's more in keeping with the southern R&B in Ted's roots! The album's got a feel that's quite different from other Okeh records at the time – and almost feels more like a hard-driving indie session cut with equal parts soul, blues, and gospel in the mix – thanks to some great production by Billy Sherrill. Titles include 'Get Away', 'I'm So Satisfied', 'Don't Deceive Me', 'Big Wheel', and 'No One But You'. 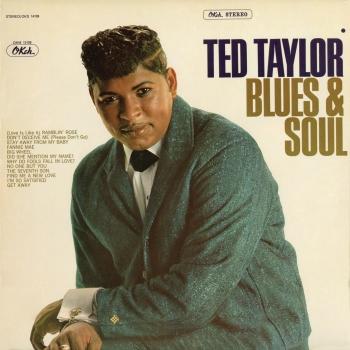 Austin Taylor
better known as Ted Taylor (February 16, 1934 – October 2, 1987) was an American soul musician.
Born in Okmulgee, Oklahoma, United States, Taylor sang with The Cadets/The Jacks in the 1950s. He sang lead vocals on The Cadets' "Do You Wanna Dance (Hey Little Girl)" and "I Cry" and also on The Jacks' "Away" and "My Darling." He did not appear on The Cadets' biggest hit "Stranded In The Jungle" in 1955. For that session, he was replaced by singer Prentice Moreland. Taylor left The Cadets/The Jacks to begin a solo career which began with two singles on Melatone Records in 1957. He would later release singles on Ebb Records and Duke Records from 1957 to 1959; in the 1960s he recorded for Ronn Records and Okeh Records in blues and soul styles. In the 1970s he recorded disco for TK Records.