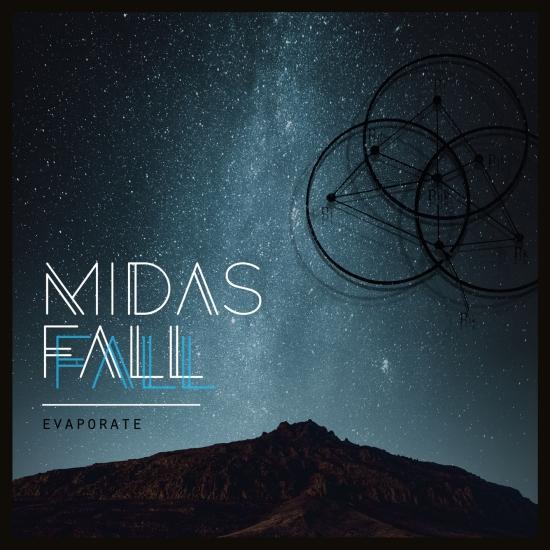 "Evaporate" is a visceral display of ferocious beauty. Recorded in Argyll, Scotland, the album shimmers with a dark, gothic grace, delicate and brutal in equal measure. The title-track sweeps through tidal waves of Elizabeth Heaton’s towering vocals atop progressive post-rock landscapes both menacing and affirming, whilst the cinematic build of ‘Lapsing’ and the heavenly crush of final track ‘Howling at the Clouds’ pull vigorously at the heart. ‘In Sunny Landscapes’ is a magical, magnificently radiant world of its own, elegantly bringing its title to life.
Extremely emotive and vivid, "Evaporate" is a deeply beautiful record – from the desperate, savage cacophony of ‘Bruise Pusher’ to the elegant ascension of ‘Sword to Shield’ – it conjures stunning soundscapes at every turn.
"Midas Fall are one of the most powerfully emotive and original bands to emerge in recent years, and whilst their work has always been rich with imagery and willing to grow and metamorphose, Evaporate marks a new high water mark for the band. Quite simply, it is their best work to date: it feels more mature, and yet at the same time more adventurous, more ambitious. Emotionally draining, sonically dramatic, Evaporate is the sound of a band who have truly come of age." (Dave Cooper, echoesanddust.com)
Midas Fall 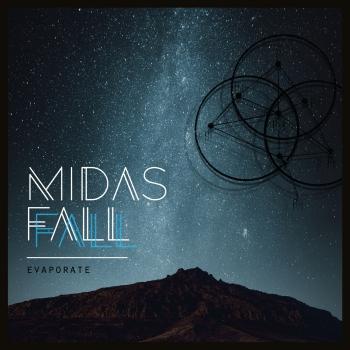 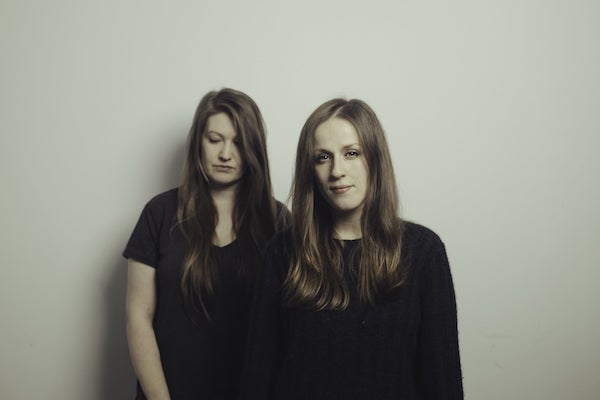 Midas Fall
Combining elements of electronica, post-rock and alternative rock with progressive and gothic undertones, Scottish duo Midas Fall have carved a distinctive and captivating sound, creating taut, shimmering soundscapes led by the hauntingly melancholic vocals of Elizabeth Heaton - a sound described as “ethereal, haunting and bewitching. They work on another plane, post rock melancholy with the icy beauty associated with the electronica of Olafur Arnalds.” (Prog Magazine)
Their fourth full-length album, ‘Evaporate’, was released worldwide in April 2018 on Monotreme Records. The band previewed some of their new music on a European tour in November 2017 followed by a UK tour in May 2018. In September 2015 Midas Fall released their third album 'the Menagerie Inside' (Monotreme Records), followed by a month-long European tour later in the year with Canadian musician Raised by Swans. The album, mastered by Ed Brooks (Pearl Jam, Death Cab for Cutie, Caspian), received excellent press around the world. 2014 Saw Midas Fall complete a Balkans mini-tour and begin work on their third album.
In April 2013 Midas Fall released their second album, 'Wilderness’ (Monotreme), which they followed up with the release of 3-track EP. ‘Fluorescent Lights’, and a full UK and European tour. The band shared the stage with Chvrches, Deaf Havana, Her Name is Calla and label mates Sleepmakeswaves, in addition to headlining a show at the Norwich Sound and Vision festival.
2012 saw the band perform at Switzerland's Deadline Festival, share the stage with label mates 65daysofstatic and Reigns in London at the Monotreme Records 10th Birthday party, perform headline slots in London and Budapest and support We Were Promised Jetpacks and Her Name is Calla.
2011 saw Midas Fall complete their first European tour, including a slot at Belgium's Dunk! Festival, sold-out shows in Athens, Sofia, Glasgow, Manchester and London, play Germany's Dark Spring Festival in addition to supporting label-mates Jeniferever and Kerrang! favourites Hawk Eyes. 2011 also saw the band secure endorsements from JHS Hornby (Fret King Guitars), Diago, DiPinto Guitars, Dava Picks and Lion Cajon Drums. Their debut album 'Eleven. Return and Revert' had its worldwide release with Monotreme in April 2010, garnering numerous glowing reviews comparing them to the likes of Portishead and Explosions in the Sky. Midas Fall previously supported Japanese post-rockers Mono and had their track 'MovieScreens' synced on BBC3's Lip Service soundtrack - a soundtrack which charted in the UK's top 20 and has since been released in Canada and Australia, increasing the bands overseas following.