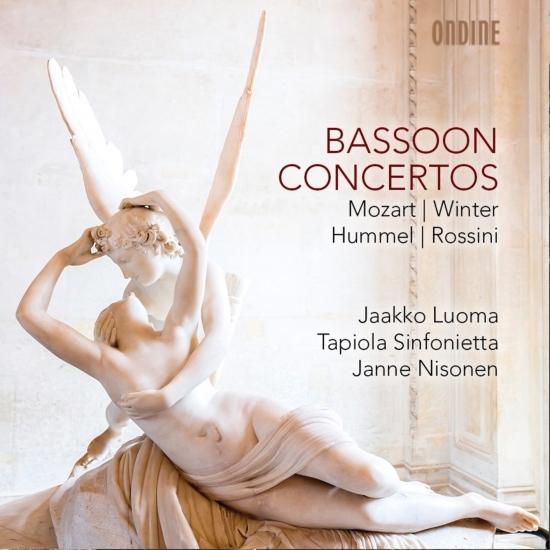 As an instrument, the bassoon has had a remarkable history. Beginning with its Renaissance ancestry as the dulcian, it developed during the Baroque period into an almost indispensable part of the ensemble. Antonio Vivaldi recognized the versatility of the bassoon early on, composing no fewer than 39 concertos for it. But it was in the second half of the century that the bassoon achieved an equal prominence with the other woodwinds. The four delightful works on this album, performed by Jaakko Luoma and the Tapiola Sinfonietta, represent different facets of the Classical period solo repertoire, each of which makes considerable demands on the instrument. W. A. Mozart’s Bassoon Concerto was composed in Salzburg in 1774. It is the only one of the five concertos for bassoon composed by Mozart that have survived. It is a bright, sunny piece written at the age of eighteen, in which Mozart reveals himself fully aware of the capabilities of the instrument. J. N. Hummel was a favorite pupil of Mozart, who at an early age demonstrated his skill both a composition and the fortepiano. His Bassoon Concerto, written c. 1805, reveals influences from Haydn, Weber and Mozart. Both Peter von Winter and Gioacchino Rossini were best well-known during their lifetime as composers of operas. Today, Winter’s woodwind concertos, including his Bassoon Concertino, are his only works that have remained in the concert programmes. Rossini’s Bassoon Concerto was allegedly written in 1845 as a graduation piece for a music academy. Although Rossinian in style, the actual origin of the work cannot be verified. Nevertheless, the work is a fine example of its kind among Classical bassoon concertos. Jaakko Luoma has appeared as soloist all over Finland and in Europe. Luoma became member of the Tapiola Sinfonietta in 1993. During the years 1996–98 he served as solo bassoonist of Orchestre de Paris. Between 2001 and 2003 he also served as solo bassoonist of Rundfunk-Sinfonieorchester Berlin. Today, he is principal bassoonist of the Tapiola Sinfonietta.
Jaakko Luoma, bassoon
Tapiola Sinfonietta
Janne Nisonen, conductor 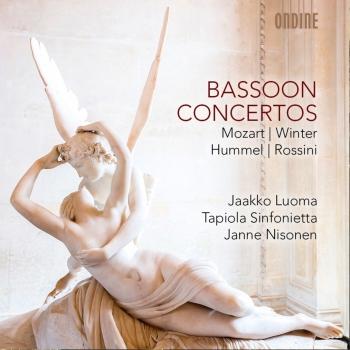 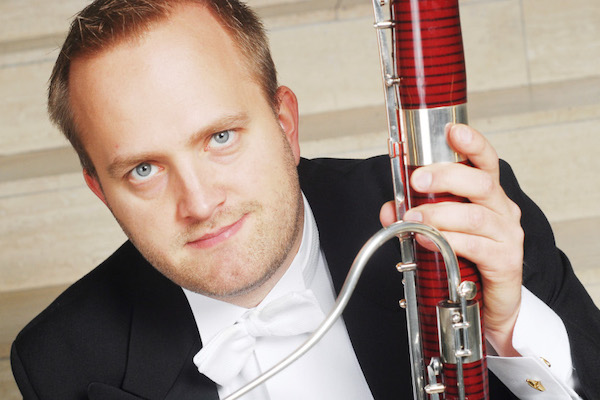 Jaakko Luoma
Finnish bassoonist Jaakko Luoma. He began his bassoon studies when he was 11 with Matti Tossavainen at the Lohja Music Institute. In 1992, he went on to the Sibelius Academy, first with László Hara and then with Jussi Särkkä. He has also attended several master classes. He was appointed Assisting Principal of the bassoons of the Tapiola Sinfonietta in 1993. Two years later he went to study at the Paris Conservatoire, but in January 1996 he was chosen as principal bassoon of the Orchestre de Paris. In 1998 he left the Paris orchestra and returned to the Tapiola Sinfonietta. In 2001, Luoma was chosen the principal bassoon in the Berlin Radio Symphony Orchestra. Two years later Luoma returned back to Finland and rejoined the Tapiola Sinfonietta as principal bassoonist.
He is a founding member of the bassoon trio the Vital Bassoon. In 2001 the Crusell society in Uusikaupunki awarded him the Crusell prize for the promotion of Finnish wind playing in Finland and abroad.
The Tapiola Sinfonietta
the orchestra of the City of Espoo – is a high-quality chamber orchestra whose guest performers include leading Finnish and foreign conductors and soloists. For 30 years, the orchestra has maintained a core repertoire of the Viennese Classics, but the ensemble is also eager to perform contemporary works and children’s music and participate in multi-genre productions. The orchestra tours regularly in Finland and abroad. Its home base is Tapiola Hall at the Espoo Cultural Centre, which is also where most of its 70 discs have been recorded.
In the early days of the orchestra, it had artistic directors such as Jorma Panula and Osmo Vänskä and guest conductors including Paavo Berglund, Hannu Lintu, Leif Segerstam, Masaaki Suzuki and Olari Elts. The artistic directorship of Honorary Conductor Jean-Jacques Kantorow (1993–2006) was in a decisive importance to the shaping of the orchestra’s current sound.
Among the Artists in Association have been pianist Olli Mustonen, violinist Pekka Kuusisto and conductors Stefan Asbury and Santtu-Matias Rouvali. In the season 2018/2019 the Artists in Association are conductor-cellist Klaus Mäkelä, conductor Mario Venzago, pianist Alexander Melnikov and guitarist Marzi Nyman.
Janne Nisonen
is one of the most versatile musicians of his generation, performing as a conductor, leader, violin soloist and chamber musician.
He began his violin studies at the age of four in Kokkola, Ostrobothnia and went on to study at the Sibelius Academy and Edsberg Chamber Music Institute in Stockholm, Sweden. Later he studied conducting with Hannu Lintu and Atso Almila at the Sibelius Academy.
Janne Nisonen has conducted among others the Finnish Radio Symphony Orchestra, Helsinki Philharmonic Orchestra, the Deutsche Kammerphilharmonie, the Avanti! Chamber Orchestra and the Ostrobothnian Chamber Orchestra. In autumn 2016, he was nominated as the chief conductor of Pori Sinfonietta.
Janne Nisonen has been the 1st leader of the Tapiola Sinfonietta since 2007 and has appeared as a guest leader with many European orchestras. He has made numerous recordings and is a regular guest on music festivals abroad.
In 2008 Nisonen and his colleagues founded the Jousia string ensemble. Since the beginning this small ensemble has excited audiences and critics abroad.
Janne Nisonen plays a Nicolo Gagliano violin from 1751, on loan from the LähiTapiola insurance company.