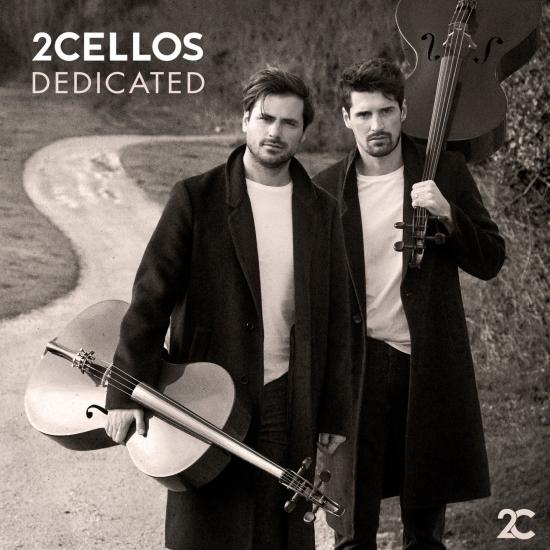 Dedicated celebrates the group's momentous 10-year-anniversary, the album's namesake an apt nod to 2CELLOS' continued dedication to each other, their fans, the instrument and their signature playing style.
The news arrives on the heels of their latest single releases, "Demons," a haunting version of the Imagine Dragons' hit song, and "Livin' on a Prayer," a vibrant rendition of the Bon Jovi rock classic. Following a brief hiatus for 2CELLOS, where they each took some time to reflect on their accomplishments and relax, the duo linked up again in the studio amidst the 2020 global pandemic to reimagine the pop anthems and timeless rock staples that encompass the ten tracks on their forthcoming album, Dedicated. The arrangement process relied on a combination of gut instinct and intense study, practice, and transposition as the duo recharged instantly recognizable by everyone from Billie Eilish to Guns N' Roses.
"Breaks are good for reflection," says HAUSER of their new album. "You look back on all you've done so far and which direction you want to take for the future. We were traveling so much that we never had this kind of time for reflection. Everything is so much clearer." Šulić adds, "We always planned to come back, and we came into Dedicated with a fresh approach and energy. We haven't been on stage for two years now, so we can't wait to get back out!"
Dedicated finds 2CELLOS exploring a diverse catalog with their signature boundary-breaking playing style. The collection includes their take on everything from classic pop hits ("bad guy" by Billie Eilish, "Shallow" by Lady Gaga, "Halo" by Beyonce) to hard-hitting rock songs ("Cryin'" by Aerosmith, "Sweet Child O' Mine" by Guns N' Roses, "Wherever I Go" by OneRepublic) to celebrated classics ("Sound of Silence" by Simon and Garfunkel) for a one-of-a-kind listening experience. Complete track list below.
"When you listen to us, we hope you realize the cello is a versatile and diverse instrument capable of playing the hardest rock, the softest ballad, and the most contemporary of music," HAUSER concludes. "It moves you in a way that's equally powerful. It has a whole palette of emotions, ups, and downs. We're trying to give you an experience you can't get anywhere else."
2CELLOS 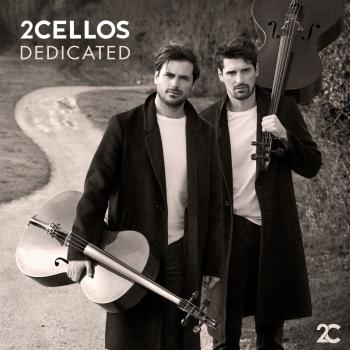 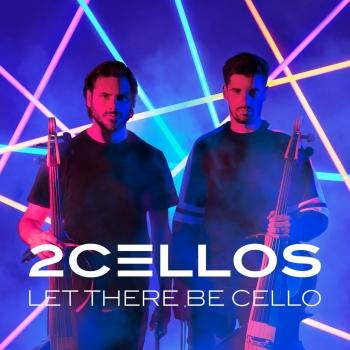 Let There Be Cello 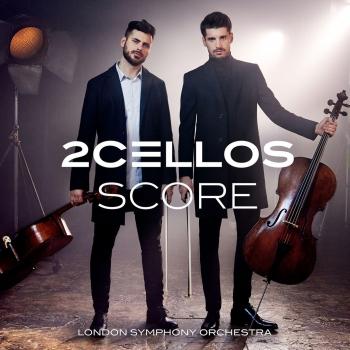 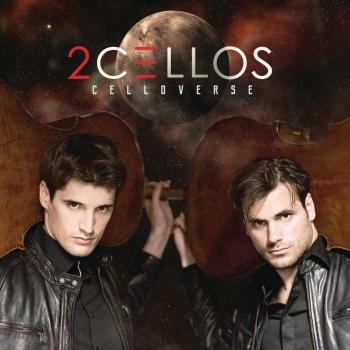 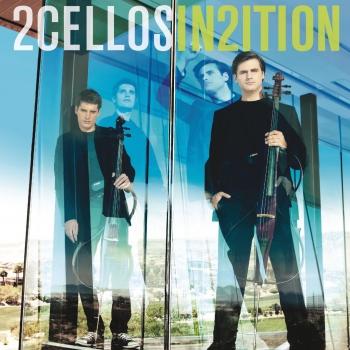 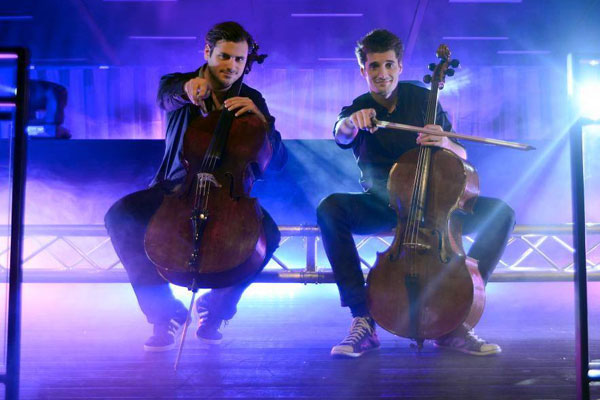 2CELLOS
Young Croatian cellists Luka Sulic and Stjepan Hauser, known as 2CELLOS, achieved sensational success by taking the cello to a new level and breaking the boundaries between different genres of music, from classical and film music to pop and rock. 2CELLOS know no limits when it comes to performing live and are equally as impressive when playing Bach and Vivaldi as they are when rocking out AC/DC.
2CELLOS rose to fame in 2011 when their version of Michael Jackson’s “Smooth Criminal” took the world by storm. This YouTube video became a massive viral sensation leading to a record deal with Sony Masterworks and an invitation to join sir Elton John on his worldwide tour.
Despite their huge online following where they continue to amaze with new YouTube hits, 2CELLOS’ main focus and dedication has always been playing live. Apart from many sold out solo tours (US, Japan, Australia, Europe) the duo has also appeared on major TV shows such as The Tonight Show with Jay Leno, The Ellen DeGeneres Show (multiple times) and many others. Together with the Chinese classical superstar pianist Lang Lang they appeared at the CCTV New Year’s Gala for more than 1 billion viewers. 2CELLOS were also the first instrumental act to ever perform on the hugely popular TV series GLEE, where they appeared as special guests in the Michael Jackson tribute episode, performing “Smooth Criminal”. The 2CELLOS’ arrangement of the song, which featured Naya Rivera, debuted at No. 10 on the Billboard Hot 100 Digital Songs Chart and landed the 2CELLOS’ debut album in the Top 100.
Together with Sir Elton, they toured around the globe several times playing with him and opening the shows in massive arenas and stadiums and appearing at prestigious venues and events such as Madison Square Garden, Paris Olympia, Queen’s Diamond Jubilee, and Emmys in L.A.
Luka and Stjepan’s success extends far beyond YouTube and their fan base continues to grow around the world. Apart from touring with Elton John, 2CELLOS collaborated with various artists such as the Red Hot Chili Peppers, Queens of the Stone Age, Andrea Bocelli and George Michael. They also collaborated on various projects with winning producers T-Bone Burnett and Humberto Gatica and with the legendary film composer James Newton Howard.
Sulic and Hauser have played the cello since childhood; Sulic graduated from the acclaimed Royal Academy of Music in London, and Hauser from the Royal Northern College of Music in Manchester, both in 2011. Sulic has won a series of top prizes at numerous prestigious international music competitions including First and Special Prize at the VII Lutoslawski International Cello Competition in Warsaw (2009), First Prize at the European Broadcasting Union “New Talent” Competition (2006) and First Prize at the Royal Academy of Music Patron’s Award in Wigmore Hall (2011) among others. Hauser has worked with acclaimed classical artists such as Mstislav Rostropovich, Bernard Greenhouse, Mennahem Pressler and Ivry Gitlis, to mention a few. He has collected no less than twenty-one first prizes at the national and international music competitions and performed twice for Prince Charles in Buckingham and St. James’s Pallace. Both have individually appeared in major classical music venues throughout the world including Wigmore Hall, Royal Albert Hall, Southbank Center, Amsterdam Concertgebouw, Vienna’s Musikverein and Konzerthaus.
2CELLOS released their second album IN2ITION in January 2013. The album was produced by the legendary Bob Ezrin (Pink Floyd, Alice Cooper, Kiss, Deep Purple) and features an eclectic group of vocal and instrumental guests including Elton John, Steve Vai, Lang Lang, Naya Rivera and Zucherro.