Let's Hear It for the Dogs The Proclaimers 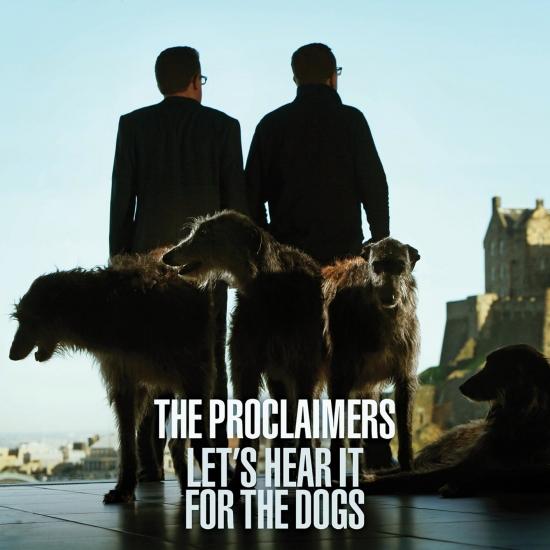 Info for Let's Hear It for the Dogs

The album was recorded at Rockfield Studios in Wales and produced by Dave Eringa (The Who, Wilko Johnson & Roger Daltrey, The Manic Street Preachers, Idlewild). 2014 saw Dave produce and mix the new single for The Who called ‘Be Lucky’ and enjoy great UK and international success with Wilko Johnson & Roger Daltrey’s album ‘Going Back Home’.
Craig Reid “It was a joy working with Dave, he understood what the songs were about and let the band describe them. Also one of the funniest people we’ve ever met.”
Charlie Reid “We had loved the work he’d done with the Manics and thought the Johnson & Daltrey record brilliantly produced. The recording was a great experience; everything went more smoothly than any other we’ve made. It was great to be back at Rockfield. The band all played beautifully and we’re really proud of the album and hope that people enjoy it too.”
Dave Eringa “I knew when I produced The Proclaimers that the songs would be great but even then I was shocked by the sheer quality both lyrically & musically of the material & the breadth of styles they covered. The band were amazing from beginning to end & I can honestly say it was the easiest path to an astounding result that I’ve ever been lucky enough to tread!”
The Proclaimers have carved a niche for themselves where pop, folk, new wave and punk collide as the emotional honesty, political fire, wit and sing-along raucousness of their songs and their extensive touring has enlightened and entertained fans new and old. In the process they have enjoyed Gold and Platinum singles and albums in UK, USA, Canada, Australia and New Zealand.
Following on from the theatre success of the musical drama featuring songs by The Proclaimers, ‘Sunshine On Leith’, the movie version was a hugely popular release in 2013, spending a month in the Top Ten and generating over £4.8 million at the UK box office, the fifth highest grossing independent release of the year.
"My favourite band of all time. They write the most spectacular songs, big hearted, uncynical passionate songs." (David Tennant)
"Continuing a regular album release schedule over the previous 15 years and reliable quality since the duo's debut over 25 years prior, Let's Hear It for the Dogs delivers more of Craig and Charlie Reid's jaunty '50s and '60s R&B-, soul-, and country-influenced pop with 13 original songs and, this time, no covers. Production and arrangements relying heavily on electric guitars and drums add strings to a couple of tracks, including the epic love story "Tuesday Afternoon," and horns to the spirited "Then Again." The album includes expected musical homages, such as the peppy, Dion-esque "You Built Me Up," and later the rockabilly-informed "Then Again" and doo wop-inspired "Forever Young." They still have a way with ballads, too, like on "Ten Tiny Fingers," a father-daughter tribute with a reverent, reverbed lap steel effect, but are at their most engaging when at full voice (climaxes of "Be with Me," "If I'm Still Around") with those distinctive sibling harmony arrangements ("Through Him") -- though the balance between ballads and hyper-pop has always played an important role in the identity of the group. Lyrically, they are typically forthright, whether weary ("You don't have to be nineteen/To be a slave to hopeless dreams") or wry ("I took it from him just in case/I should have thrown it in the bin"). The record's title was taken from the playful "What School?" ("Plant and Page wrote 'A Stairway to Heaven'/I don't like rock but that's genius"), and the pair still don't shy away from politics or personal stands ("Your moral compass is not mine"); "Then Again" calls out infamous cases of alleged child abuse in the U.K. Despite having a formula of sorts for their albums by this point, the Proclaimers don't mail it in here -- what they do they do extremely well and with apparent engagement. After ten studio albums, they still bring intensity to their down-to-earth, grandly lilting, and always spirited output." (Marcy Donelson, AMG)
The Proclaimers 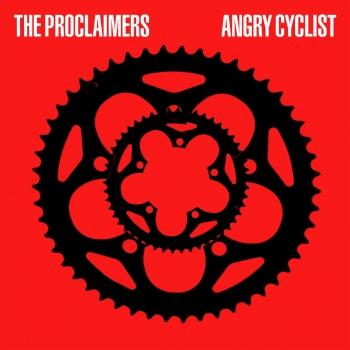 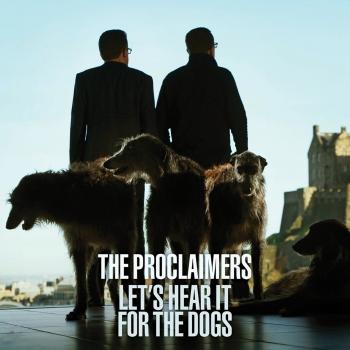 Let's Hear It for the Dogs 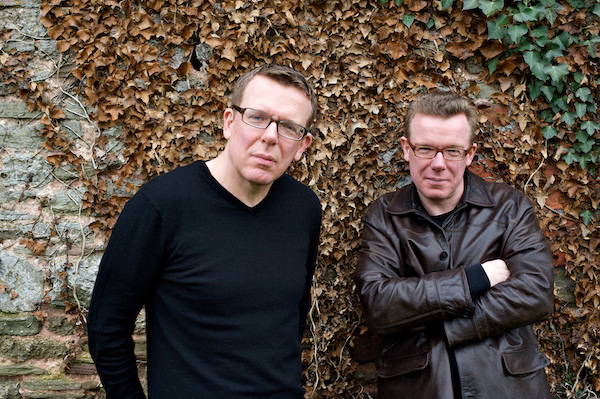