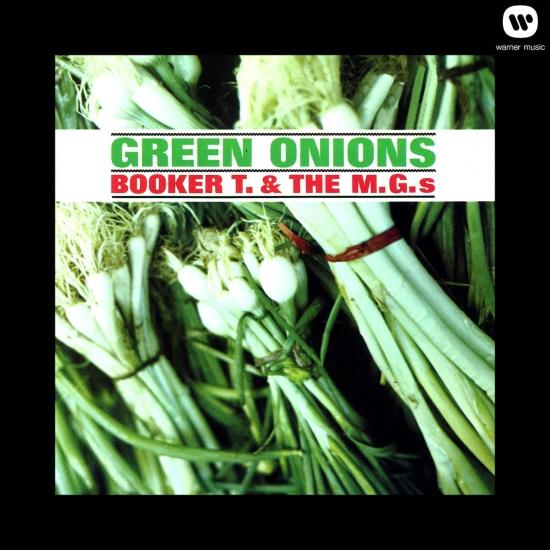 Finally 'Booker T. & the MGs' Green Onions' remasters in 24-bit by Joe Tarantino, two live bonus tracks and newly written liner notes by Grammy Award-winning Stax historian Rob Bowman, the reissue not only spotlights one of the most entertaining and influential soul and R&B recordings of the 1960s, but also reaffirms the album's enduring nature a half-century after its original release.
Underscoring the historical significance of this 1962 recording is the recent decision by the Library of Congress in Washington, DC, to add the album's widely recognized title track to the National Recording Registry. The song was selected for preservation because it is 'culturally, historically or aesthetically significant,' according to a Library of Congress announcement at the end of May 2012.
'Green Onions,' the leadoff track to the album of the same name, was a number one single on the Billboard R&B chart - a rare accomplishment for an instrumental track - and eventually climbed to number three on the Billboard Hot 100. But the title track is just one song on a watershed album by the instrumental R&B combo that served as the house band for the Stax label and the backup unit for some of the most iconic soul and R&B artists to record there in the 1960s, says Nick Phillips, Concord's Vice President of Catalog A&R and a producer of the Stax Remasters series.
'Beyond ‘Green Onions,' which was their biggest hit single,' says Phillips, 'there are so many other great songs on this album which Booker T. & the MGs transformed into timeless R&B instrumental classics, like ‘Comin' Home Baby,' ‘Twist and Shout,' and Ray Charles's ‘I Got a Woman.' No matter what song they started with, by the time they were done with it, it was uniquely and unmistakably their own.'
The album's original 12 tracks are executed by the lean but formidable roster of organist Booker T. Jones, guitarist Steve Cropper, bassist Lewis Steinberg, and drummer Al Jackson, Jr. The reissue also includes two bonus tracks - live renditions of 'Green Onions' and 'Can't Sit Down,' both recorded at the 5/4 Ballroom in Los Angeles in August 1965. These extra tracks - which Bowman describes in his liner notes as 'turbo-charged, extended, uber-muscular versions' - include Donald 'Duck' Dunn replacing Steinberg on bass and joined by Packy Axton on saxophone on 'Can't Sit Down.'
'In the annals of American music, there have been only a handful of rhythm sections that have all but single-handedly set the course for a whole genre of music,' says Bowman. 'In the case of Booker T. & the MGs, the genre in question is Southern soul music. Although Southern soul has its roots in select 1950s recordings by James Brown, Sam Cooke, and Ray Charles, the genre coalesced in the early and mid-'60s at Stax Records in Memphis, Tennessee, where Booker T. & the MGs served as the ‘house band.''
'There's not a note or a nuance out of place anywhere on this record, which featured 35 of the most exciting minutes of instrumental music in any category that one could purchase in 1962 (and it's no slouch multiple decades out, either). 'I Got a Woman' is the single best indicator of how superb this record is and this band was -- listening to this track, it's easy to forget that the song ever had lyrics or ever needed them, Booker T. Jones' organ and Steve Cropper's guitar serving as more-than-adequate substitutes for any singer. Their version of 'Twist and Shout' is every bit as satisfying. Even 'Mo' Onions,' an effort to repeat the success of 'Green Onions,' doesn't repeat anything from the earlier track except the tempo, and Jones and Cropper both come up with fresh sounds within the same framework. 'Behave Yourself' is a beautifully wrought piece of organ-based blues that gives Jones a chance to show off some surprisingly nimble-fingered playing, while 'Stranger on the Shore' is transformed into a piece of prime soul music in the group's hands. Just when it seems like the album has turned in all of the surprises in repertory that it could reasonably deliver, it ends with 'Comin' Home Baby,' a killer jazz piece on which Steve Cropper gets to shine, his guitar suddenly animated around Jones' playing, his quietly trilled notes at the crescendo some of the most elegant guitar heard on an R&B record up to that time.' (Bruce Eder, AllMusicGuide)
Steve Cropper, guitar
Booker T. Jones, organ
Al Jackson, Jr., drums
Produced by Jim Stewart
Rolling Stone 500 Greatest Songs of all time 'Green Onions' #182/500
Awards: Grammy Award for Best Pop Instrumental Performance, Rhythm and Blues Foundation Pioneer Award
Nominations: Grammy Award for Best Rock Instrumental Performance, Grammy Award for Best Pop Instrumental Performance, Grammy Award for Best R&B Performance by a Duo or Group with Vocals