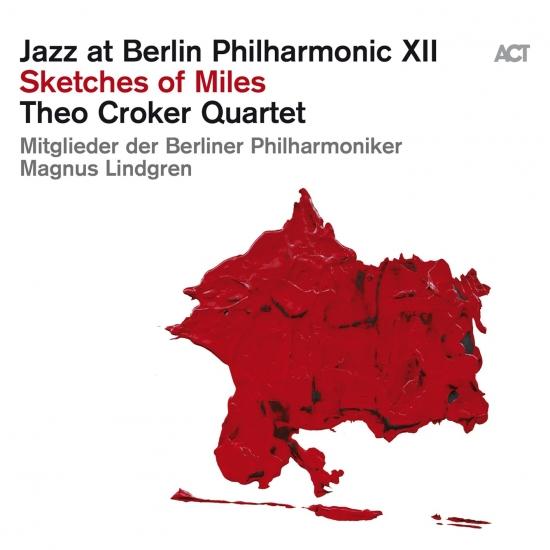 The centenary of the birth of Charles Mingus, in April 2022, has served to reinforce his importance in twentieth-century music. His “achievements surpass in historic and stylistic breadth those of any other major figure in jazz.” (New Grove Dictionary). Mingus could be angry, even violent, but also loving and tender, and all of these aspects of his complex character are reflected in his music. As he once said, “I'm trying to play the truth of what I am. The reason it's difficult is because I am changing all the time.”
Extremes of emotion are the very truth and core of Mingus’s music, and they are reflected in the six compositions by him heard here, on “Jazz at Berlin Philharmonic – Mingus 100”. The concert was one of the main events marking the centenary and took place on 13 April 2022 in the concert series curated by Siggi Loch. This album is a live recording from that concert. At one level, it was ‘just’ a concert. There were no protests. No basses or chairs were deliberately broken. Nobody took a shotgun and aimed it at a lightbulb. And yet, as is clear from this recording, the nine musicians who appeared on stage at this concert – and who mostly did not know each other before this project – each threw her or his whole musical essence into this project, while staying true to Mingus’s spirit and to his unique way of expressing defiance and dissent.
The first musical sounds to be heard on the album come from Austrian bassist Georg Breinschmid (b.1973). One of the co-leaders of the project, he juxtaposes forthright attack and caressing tenderness in the Mingus manner as his bass introduces Mingus’s “Jelly Roll”. “Georg is a wonderful communicator and one heck of a bassist,” says the other co-leader, Swedish reedsman Magnus Lindgren (b.1974). Breinschmid’s story is remarkable. Until the age of 25, he had followed a traditional path. As a young, top-flight classical double bassist, he had already become a full member of the Vienna Philharmonic, a role carrying lifetime tenure. He then turned his back on that world, and has pursued his own way as a musician rooted in jazz and Viennese popular music ever since. His passion for Mingus came early, and has remained with him. “As a fourteen year-old just starting on the bass, I remember loving the sound, the compositions, the whole package. It comes at you from so many sides,” he says.
Breinschmid and Magnus Lindgren had not worked together before, but their mutual understanding and respect grew as they did. “Magnus is a great musician!” says Breinschmid. “An amazing virtuoso multi-instrumentalist, an expert arranger – simply a great artist. He always keeps a sense of the whole ensemble in his eye, and of how it’s going to work best.” Lindgren, better known on higher winds and flute, is to be heard here mainly on his vintage Selmer baritone saxophone, and also on bass clarinet. Lindgren was also drawn to Mingus’s compositions early on, his involvement strengthened by a close collaboration with Steve Slagle, a guiding light of the Mingus Big Band in the 1990’s. As regards the Swede’s instrumentalist role here, he simply says: “I love Pepper Adams – and it’s fun to play baritone.”
“When Charlie speaks of Lester...” It was Joni Mitchell who put English words to Mingus’s beautiful lament on the death of Lester Young, “Goodbye Pork Pie Hat” on her “Mingus” album. The context here is different, as is the language. Out of some Mingus-ian polyphonic chaos emerges the authoritative singing voice of French vocal star Camille Bertault. The words she has written evoke Charles Mingus’s feelings of loss. Then, magically, wordlessly her voice ascends, and when she holds her final note (E natural) for a full fifteen seconds, it is a jaw-dropping tour de force of poise and control. She is also responsible for new and teasingly enigmatic words for “Self-Portrait in Three Colours”.
There are other strong voices here. Two Americans are at the strong beating heart of the band: pianist Danny Grissett has had nearly two decades at the top level of the New York scene and has been a member of the Mingus Big Band. Drummer Gregory Hutchinson has worked in countless contexts, not least the classic second Joshua Redman Quartet from 1998-2001; he is one of the greats of our time. There are also two musicians who have made Germany their home. Since moving from Hungary to Germany in 1980, tenor saxophonist Tony Lakatos has appeared on over 300 albums and was a major presence in the Frankfurt Radio Big Band until 2021. The strong tone and improvising fluency of Australian-born trombonist Shannon Barnett, now based in Cologne, also prove ideal in this context.
The home team from Germany, trumpeter Matthias Schriefl and young star saxophonist Jakob Manz both play as if their very lives depend on it, and in such a way that all stereotypes about German order and discipline need to be promptly thrown out of the nearest window. This is utterly passionate music-making at a very high level. There can be few sounds as joyous as the performance of “Better Git It In Your Soul” which brings this recording to a close.
The 2022 Mingus Centenary has resonated deeply: just as injustice, fear and uncertainty and the need to grieve surround us, so do instances of super-human kindness and visions of beauty. All these human emotions are there in Mingus’s music. Whereas Mingus’s ashes were entrusted to the River Ganges, his indomitable spirit truly came to life in an unforgettable concert in Berlin.
Magnus Lindgren, baritone saxophone, bass clarinet, leader & arranger
Georg Breinschmid, double bass, leader & arranger
Tony Lakatos, tenor saxophone
Jakob Manz, alto saxophone
Matthias Schriefl, trumpet
Shannon Barnett, trombone
Gregory Hutchinson, drums
Danny Grissett, piano
Camille Bertault, vocals 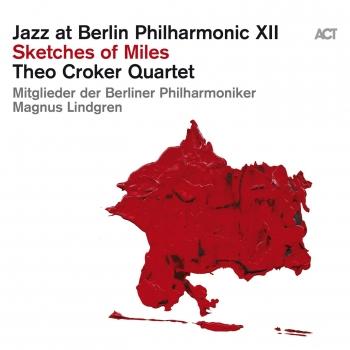