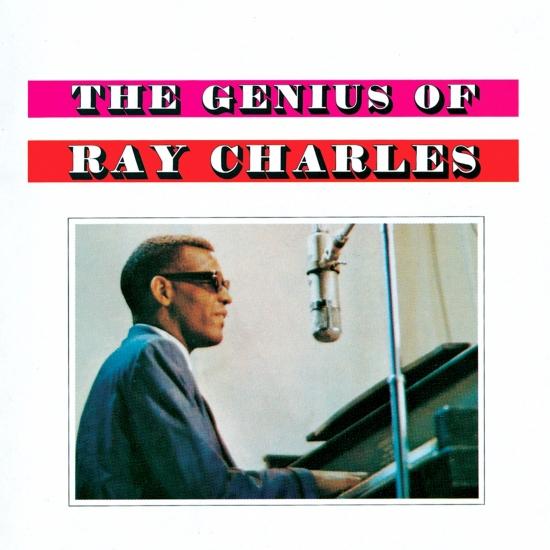 Info for The Genius Of Ray Charles (Stereo Remastered)

There are few musicians in modern pop music who can truly be called "genius," but in the case of Ray Charles, the term applies. His innovative singing, drawing on both gospel and pop, has inspired legions of great singers. With a long, prolific recording career that began in 1949, Charles became perhaps the finest interpreter of pop music in the postwar years. A gifted pianist, songwriter, and vocalist, he was a master of every style he attempted, be it R&B, country, blues, or soul. The man who wrote such indelible R&B classics as "I Got a Woman" and "What'd I Say" passed away in 2004, a legend several times over. The same year, a remarkable performance by Jamie Foxx in the biopic RAY served as a fitting cinematic eulogy.
"Some players from Ray Charles' big band are joined by many ringers from the Count Basie and Duke Ellington bands for the first half of this program, featuring Charles belting out six songs arranged by Quincy Jones. "Let the Good Times Roll" and "Deed I Do" are highlights, and there are solos by tenorman David "Fathead" Newman, trumpeter Marcus Belgrave, and (on "Two Years of Torture") tenor Paul Gonsalves. The remaining six numbers are ballads, with Charles backed by a string orchestra arranged by Ralph Burns (including "Come Rain or Come Shine" and "Don't Let the Sun Catch You Cryin'"). Charles' voice is heard throughout in peak form, giving soul to even the veteran standards." (Scott Yanow, AMG)
Ray Charles, piano and vocals
Clark Terry, trumpet
Ernie Royal, trumpet
Joe Newman, trumpet
Snookie Young, trumpet
Marcus Belgrave, trumpet
John Hunt, trumpet
Melba Liston, trombone
Quentin Jackson, trombone
Thomas Mitchell, trombone
Al Gray, trombone
Frank Wess, flute, alto saxophone and tenor saxophone
Marshal Royal, alto saxophone
Paul Gonsalves, tenor sax (and solo on "Two Years of Torture") Zoot Sims, tenor sax (on "Let the Good Times Roll", "Alexander's Ragtime Band" and "'Deed I Do")
Billy Mitchell, tenor sax (on "It had to be You", "Two Years of Torture" and "When Your Lover Has Gone")
David "Fathead" Newman, tenor sax (and solos on "Let the Good Times Roll", "When Your Lover Has Gone", "'Deed I Do")
Quincy Jones, arranger, conductor
Recorded May 6 and June 23, 1959 at 6 West Recording in New York City on Ampex 3 track
Engineered by Bill Schwartau and Tom Dowd
Produced by Nesuhi Ertegün, Jerry Wexler
Digitally remastered