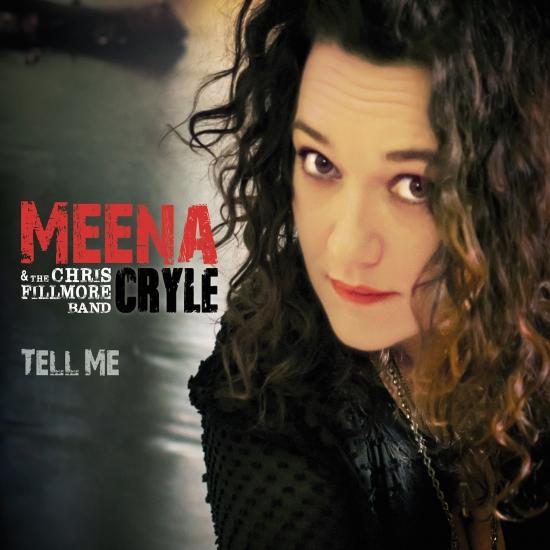 Info for Tell Me

Meena Cryle and The Chris Fillmore Band are four talented young artists who create an exceptionally honest and exciting brand of music. Southern Soul, Blues and Rock'n'Roll are the labels most commonly used to describe this stand-out formation from Austria. But the band prefers to avoid clichés and pigeonholing. Their experience on tour and in the studio, both in Europe and the USA, has given them the confidence to follow their own muse. The result is Tell Me, a compelling new album with twelve songs that come straight from the heart.
Meena Cryle and Chris Fillmore, the group's songwriting team, share a deep artistic connection that goes back more than 20 years. Today their understanding is nothing less than intuitive. 'Chris and I are like Jagger and Richards or Ike & Tina Turner,' says singer Cryle. They recorded their debut album Try Me outside Memphis in the summer of 2009; the collaboration with legendary producer Jim Gaines (Santana, Stevie Ray Vaughan, John Lee Hooker) and a slew of top-class guest artists was a huge challenge and important stepping stone. Their strong follow-up Feel Me was released in 2011 and marked the first appearance of bassist Marlene Lacherstorfer. She and drummer Frank Cortez have been the backbone of the band for the past three years.
Meena Cryle & The Chris Fillmore Band were runners-up at the European Blues Challenge 2011 in Berlin and went on to receive accolades from the jury and audience at the International Blues Challenge in Memphis in 2013. That same year, Meena was also nominated for the Amadeus - Austrian Music Award. After more than 200 concerts in the current line-up, the band decided it didn't need any help from session musicians in making their third record. 'The past two years,' reports front woman Meena, 'have turned us into a tough, tight unit. The other members of the band know my every move and understand every tiny signal, so they know how to follow my emotions. They give me the perfect musical framework and are all great musicians.' Because they wanted Tell Me to be an album without limits, the band chose to work with Berlin-based producer Raphael Tschernuth. During the extremely intense sessions at the Golden Retriever Studio, their new producer helped them put that wish into practice. 'I've known Raphael since I was a kid and have worked on a number of projects with him in the past. We know each other inside and out and complement each other perfectly. This gave all of us more confidence to try out new things, to experiment more, and to play with more freedom,' says Chris Fillmore with satisfaction.
The easy, organic feel of the twelve songs on Tell Me truly does reflect that newfound sense of self-confidence. The album features rock-oriented cuts ('Enough is Enough'), deeply soulful grooves ('I Beg You' – which sounds like a mixture of John Lee Hooker and Foo Fighters), high-spirited songs that recall the spirit of Sun Records ('Give It Back,' 'Take This Pressure Off Of Me') – but regardless of style, all four band members play with passion and commitment. Thanks to the use of analogue recording equipment and rare ribbon microphones from the 1930s, Meena's powerful voice sounds richer and more natural than ever before. Her partner Chris Fillmore demonstrates once again that he's more than just an outstanding guitar player; as songwriter, arranger and co-producer, he forms – together with Meena – the foundation of the band. The energy that flows between the two soul mates makes Tell Me a uniquely gripping listening experience.
Meena Cryle believes in the transcendent power of music. 'I don't think when I sing,' she says. In the process, she also allows her listeners to escape from reality – at least for a little while. Her next tour with the Chris Fillmore Band is set to begin in March 2014. Diehard blues fans, Meena supporters or anyone interested in hearing good, honest music should mark those dates on the calendar. Or, as the artist puts it herself: 'Anyone who wants to go on a trip with me is more than welcome.'
Meena Cryle, vocals, acoustic guitar
Chris Fillmore, electric & acoustic guitars, banjo, slide guitar, piano
Marlene Lacherstorfer, bass
Frank Cortez, drums
Additional musicians:
Carl Kaye, pedal steel guitar
Roland Guggenbichler, Hammond organ, Fender Rhodes, piano, accordion,
Brigitte Guggenbichler, backing vocals
Raphael Tschernuth, upright bass (track 11) 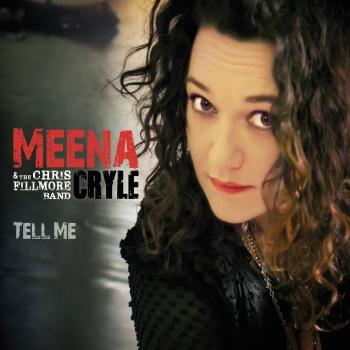 Booklet for Tell Me