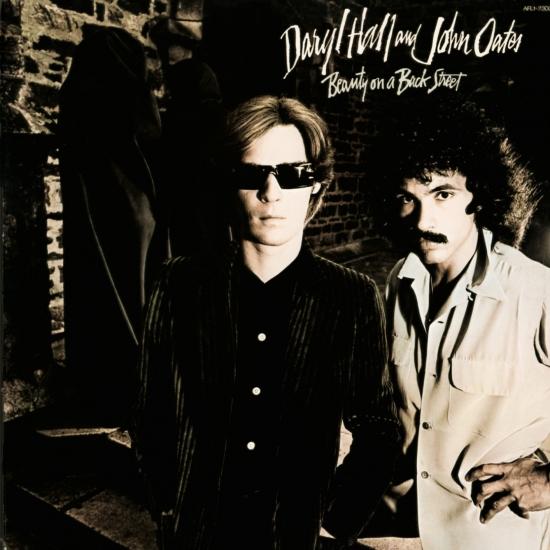 Info for Beauty On a Back Street (Original LP Sequence - Remastered)

Years of sensational albums and singles, and stellar musicianship are what you can count on with Daryl Hall and John Oates. This award- winning Philly duo has been such a mainstay in popular music for years now, that it s hard to believe that it has been three decades since the vinyl release of their 1977 Top 30 hit album, Beauty On A Back Street. As an amazing follow-up to their previous smash albums - Daryl Hall and John Oates (The Silver Album) and Bigger than Both of Us (Friday Music 1976) Beauty had the reputation of a transitional album with more of a harder edged sonic quality, while maintaining the rock and soul approach, making their trademark sound the much emulated style it is to this day.
1977 was one of the greatest years for rock, soul and popular music. You had breakout albums hitting from almost everyone in those days. Before the theft of music, you would see albums that would normally hit 4 or 5 million units....platinum was part of our culture at the time, and Hall and Oates weren't foreign to the culture either. They had just completed a nice chart run of singles with She s Gone, Sara Smile, Rich Girl, and Do What You Want, Be What You Are.
With the punk rock influence hitting the shores with new albums, as well as bombastic soul efforts, plus arena rock achievements from mega superstar bands., this hit-making duo from Philadelphia knew they had to keep the fans satisfied. So, they reached back to the some of their recognizable star formula and created one of the most enduring and artistically pleasing efforts in their large catalog of albums.
Utilizing the studio wizardry of their past platinum efforts with Christopher Bond, Hall and Oates along with lyricist Sara Allen combined their musical talents and crafted nine new tracks for the sessions at The Sounds Labs from April to May of 1977.
With clever arrangements and natural players like Scotty Edwards and Leland Sklar on bass, the late great Jeff Porcaro on drums and the jazz legend Tom Scott on sax, this album hits its stride with the first hit single Why Do Lovers Break Each Other s Heart? With the correct balance of Philly soul, 50 s doo-wop, and crunchy almost Mick Ronson style guitar riffs, this tune was just the beginning of what was happening in the studio as the album was being caught on tape. A little departure from their previous hit singles, Hall s lead vocal truly captures the lyric with a tonal quality that is reserved only for pros.
As another successful follow-up at radio, Don t Change again relies on some heavier guitar patterns in just the right places, while Daryl belts out another incredible vocal performance. Truly, this was one of the most memorable tunes on this project.
To gravitate towards a more familiar space, their rock n soul trademark sound comes home once more with Bigger Than Both Of Us. The beat of the string arrangement, the horns, the mighty drum sound, the strong vocals.... it just worked out to be another high-point track and album clincher for the duo.
John Oates unleashed some very fine material on this album as well including the soulful Love Hurts (Love Heals) with a memorable sax break from Tom Scott, as well as the l.p. closer The Girl Who Used To Be. With a great story line, chilling guitar work and harmonies, this song is one of his strongest writings ever.
It s difficult to think that this wonderful album has been unavailable for quite some time, until now....Friday Music is proud to re-release this fine album, presented now as a pristine remaster, the first cd in an extensive HALL & OATES REMASTERS SERIES, directly from the original session tapes, with the all of the courtesy, respect & quality that you have come to know and deserve from the Friday Music label. Thoughtfully and painstakingly remastered by the award winning Joe Reagoso (Doobie Brothers, Boz Scaggs, Deep Purple, America)
Daryl Hall, vocals (1, 2, 3, 6, 7, 8), backing vocals, keyboards, synthesizers, guitars, mandolins
John Oates, vocals (4, 5, 9), backing vocals, rhythm guitars, mando-guitar, dulcimer (4), electric piano (4)
Tom Scott, tenor saxophone (5, 9)
Christopher Bond, background vocals (2, 3, 4, 8, 9); keyboards, synthesizers, tonalities, lead 6 and 12 string guitars (8, 9); arrangements, conductor, string arrangements
Jeff Porcaro, drums, electronic drums
Gary Coleman, percussion, sound effects
Lee Sklar, bass (1-4, 6-9)
Scott Edwards, bass (5)
Jim Hughart, second bass (4)
Tommy Mottola, background vocals (3)
Produced by Christopher Bond
Digitally remastered 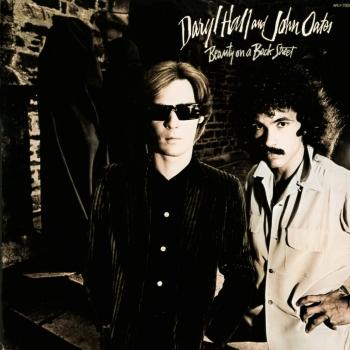 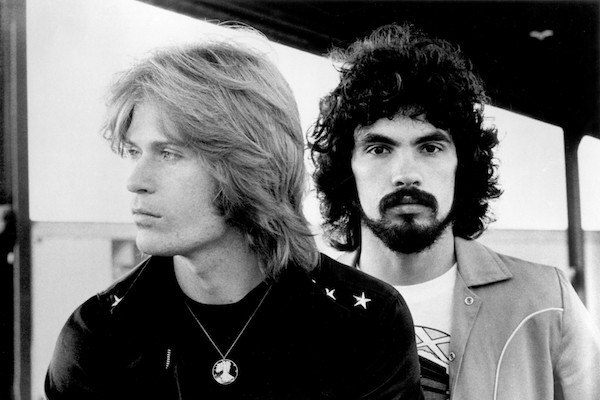