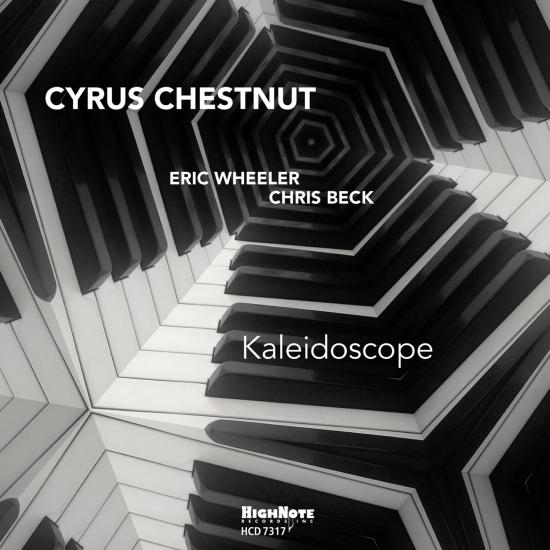 The jazz piano trio, a specialism with its own lineage and admirers, is currently alive and well thanks to the artists here on KALEIDOSCOPE. A keyboard master such as Cyrus Chestnut can imbue this tried-and-true format -whose practitioners range from Jelly Roll Morton to Robert Glasper – with a relevance for today’s listeners and expand its parameters without losing sight of its historic past. For this recording Cyrus has arranged 8 compositions by the classical pianists W.A. Mozart, Claude Debussy, Maurice Ravel and Eric Satie, taking the classical themes through a series of rhythmic and harmonic turns and twists and subjecting them to a wildly innovative series of transformations. Through it all Cyrus Chestnut emerges as a multi-faceted artist who, using the venerable jazz piano trio format, can refract the past through his own imagination and create something new which is always fresh and exciting.
Cyrus Chestnut, piano
Eric Wheeler, bass
Chris Beck, drums 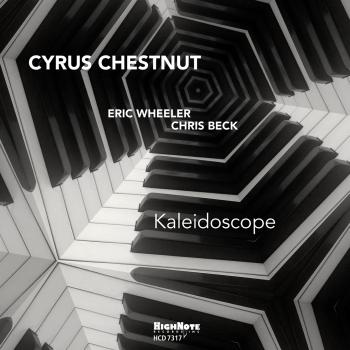 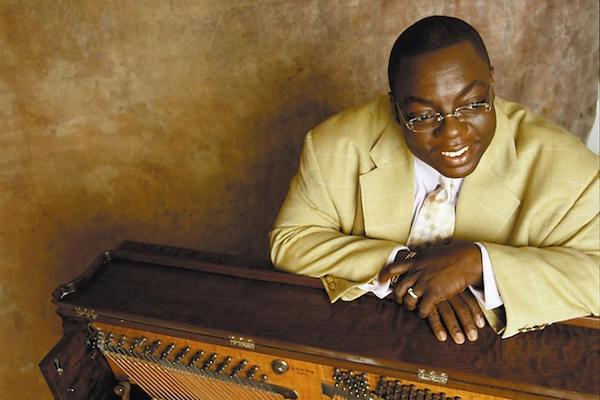 Cyrus Chestnut
Composer, pianist and educator Cyrus Chestnut is a musical force that utilizes his classical, Gospel and jazz influences to entertain and capture his audiences. Born in 1963, Chestnut started his musical career at the age of three, playing piano at the Mount Calvary Star Baptist Church at the age of five in his hometown of Baltimore, MD. In the fall of 1981, Cyrus began jazz education in Boston, MA at the Berklee College of Music, where he earned a degree in jazz composition and arranging.
After Berklee, Cyrus began further honing his craft as a sideman with some of the legendary and leading musicians in the business. Some of these great people include; Jon Hendricks, Michael Carvin, Donald Harrison, Terence Blanchard, Wynton Marsalis, Branford Marsalis, Delfeayo Marsalis, Freddie Hubbard, Benny Golson, Curtis Fuller, Regina Cater, Chick Corea, Jimmy Heath, James Moody, Joe Williams, Isaac Hayes, Kathleen Battle, Betty Carter and, Dizzy Gillespie just to name a few. Even the Queen of Soul, Aretha Franklin, asked him to join her on one of her Christmas Concerts in 2013. His association with Betty Carter, which began in 1991 significantly affected his outlook and approach to music, confirming his already iconoclastic instincts. Carter advised him to “take chances” and play things I’ve never heard,” Chestnut says.
As Cyrus was absorbing experiences as a sideman, he was also developing as a leader, recording and playing live around the world. There’s a Brighter Day Coming was his first self-released album, followed by The Nutman Speaks (1992), The Nutman Speaks Again (1992), Another Direction (1993). The records received the prestigious Gold Disk award from Japan’s leading jazz publication, Swing Journal. As a bandleader, Cyrus Chestnut’s repertoire is vast and his work has been featured in films such as Robert Altman’s Kansas City (in which Chestnut also made his big screen debut portraying a Count Basie-inspired pianist) and Piano Grand: A Smithsonian Celebration.
In the fall of 2014, Cyrus was appointed professor of Jazz Piano and Improvisation at the prestigious Howard University in Washington, offering lectures to the next generation of musical artists. Devoted to education and community engagement, Chestnut’s new appointment builds upon his career as one of jazz’s most celebrated performers.
In November 2015 Cyrus got together with two other giants of jazz, Buster Williams on bass and Lenny White on drums and recorded a beautiful collection of classic trio material. ‘Natural Essence’ (Highnote Records) was released in May 2016 and garnered many accolades. The next release, ‘There’s a Sweet, Sweet Spirit’, also with Highnote Records, accomplished the same success, receiving a 4-star review from The Observer and reaching #1 on the Jazz Week charts two weeks running. Cyrus’s next August 2018 release, Kaleidoscope, features newly arranged jazz interpretations of classical pieces by Debussy, Ravel, Mozart and Satie.
With more than a dozen studio albums in his discography, Cyrus continues to experiment with his familiar integration of jazz, spiritual and classical sound that reflect his heritage and identity as an artist. His most recent composition, “The Saga Of The Cross”, was created for jazz quintet and choir and premiered at the Abyssinian Baptist Church in Harlem on Good Friday 2017.