The Nature of the Beast Impellitteri 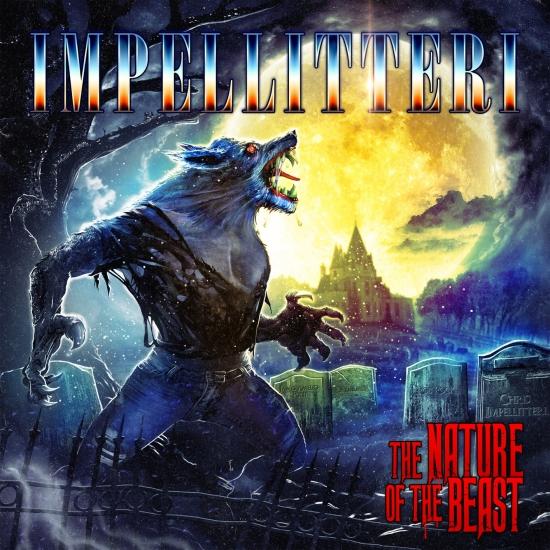 Info for The Nature of the Beast

The band is on fire with their musical acrobatics, addictive riffs, shredding guitar solos, speed metal drumming, bad ass bass playing, and vocals reminiscent of Dio, Dickinson, Pavarotti, and Halford in their prime, all embedded in great songs! With so many great metal bands fading away into the sunset, Impellitteri continue to carry the torch for guitar driven heavy metal that feature powerful operatic vocals, anthem style choruses, and brilliant musicianship. Chris Impellitteri's guitar playing is majestic. His fretboard wizardry is astonishing, fierce, and influential. All the while Rob Rock's vocal performance is sensational and proves he is one of the most versatile vocalists in metal today. The rhythm section featuring the monstrous bass playing from James Pulli and the bands mind boggling drumming and percussion team create a musical groove that is addictive! On 'The Nature Of The Beast' Impellitteri shine on songs like the Dr. Jekyll And Mr. Hyde inspired original song 'Do You Think I'm Mad', the Maiden influenced 'Run For Your Life', the highly energetic remake of Black Sabbath's 'Symptoms Of The Universe', the lunacy of 'Gates Of Hell', the addictive riff of 'Hypocrisy', and the speed metal cover of 'Phantom Of The Opera'. There are 10 new original songs and two covers on this album that take the listener on a musical adventure. Impellitteri recorded the album in Los Angeles, California with Legendary engineer/producer Mike Plotnikoff (Van Halen, Aerosmith, In Flames), mixing engineer Greg Reely (Overkill, Fear Factory) and engineers Jun Murakawa and Sean Shannon. The band recorded this new record in a grand fashion using major studios with large tracking rooms and vintage analog equipment to capture the bands live musical energy and performance! The band members including guitarist Chris Impellitteri, Vocalist Rob Rock, Bassist James Pulli, and drummers/percussionists Jon Dette and Phil T worked tirelessly, writing, rehearsing, and performing in and out of the studio for over a year to create this new record!
Chris Impellitteri, guitar
Rob Rock, vocals
James Pulli, bass
Jon Dette, drums 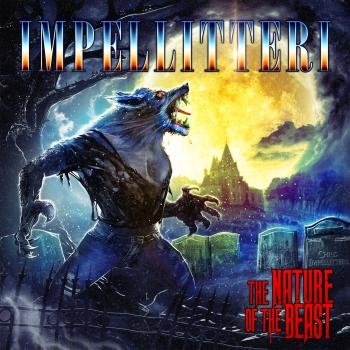 The Nature of the Beast 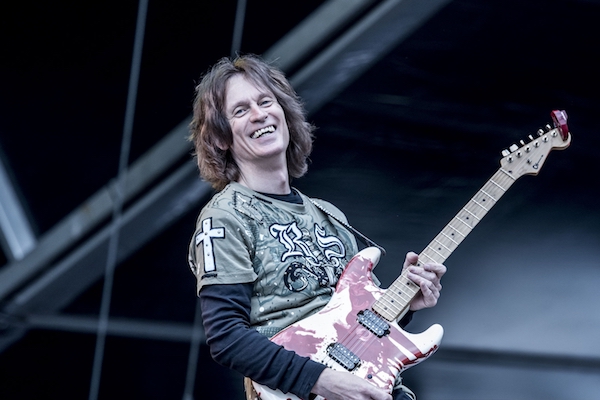 Impellitteri
is a heavy metal band formed by lead guitarist Chris Impellitteri and vocalist Rob Rock. To date the band has sold more than 1 Million albums and have legions of fans throughout the world. The music of IMPELLITTERI is usually categorized as heavy metal and is technically oriented.
The band has been featured on MTV, VH1, and various radio stations in the international community. Currently IMPELLITTERI perform live in front of audiences as large as 35,000 people per show.
Chris Impellitteri is heralded as one of the world’s greatest guitar players. In fact, Guitarworld Magazine officially named Chris Impellitteri as one of the fastest guitarists of all time. GuitarOne Magazine titled Impellitteri as the second fastest guitar shredder in the world. Moreover, Chris Impellitteri was the first guitarist to be labeled “the fastest guitarist in the world” by the international press.
Chris Impellitteri has also won Burrn! Magazine’s highly coveted Best Rock Guitarist Award.
Vocalist Rob Rock is considered by many to be the melodic voice of heavy metal. Rob has a vocal range that rivals legendary singers Ronnie James Dio, Rob Halford, and Bruce Dickinson. Rock’s lyrics tend to instill a positive message whilst his vocal performances are filled with energy and soul.
Bassist James Pulli is known for his Driving Bass lines reminiscent of Black Sabbaths Geezer Butler. Pulli creates a strong foundation for the band with his signature style. His bass is deep, punchy, and supports the crazy guitar lines and drumming insanity of Impellitteri. In fact, it is Pulli’s Bass line’s that hold the rhythm section together.
Drummer Jon Dette is recognized as an amazing thrash drummer who has highly regarded for his aggressive playing style, consistent meter, speed, and energy. Jon has formerly played drums for Slayer, Anthrax, Testament, Iced Earth, and ANIMETAL USA.