Eye In The Sky (Remastered) The Alan Parsons Project 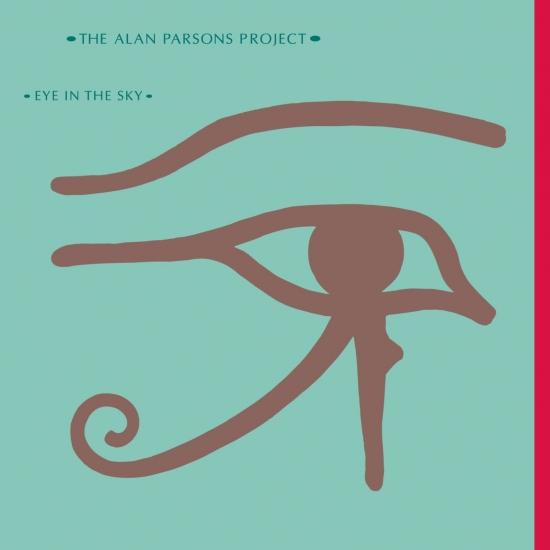 Info for Eye In The Sky (Remastered)

The concept behind this album was related to belief systems, whether they be religious beliefs, political beliefs or belief in luck (as in gambling). Generally the concept is related to the universal idea that there is someone looking down on us all. The expression is also used in military and surveillance contexts.
Eric recalls hearing the ‘Eye in the Sky’ expression used 3 times in one day in different contexts which inspired the title. Firstly, he was in Las Vegas and a friend who was marketing manager of the Tropicana Hotel & Casino and took him to see their surveillance system, a small picture of which is on the inside album cover. This surveillance system was known as the eye in the sky, although these days they are apparently much larger installations. In Eric’s room in the hotel, listening to the news, there was a reference to an ‘Eye in the Sky’ spy satellite which had picked up some military installation and at the end of the same bulletin, the programme went over to the ‘Eye in the Sky’ weather helicopter. So the phrase really stuck! Somebody also pointed out that on the back of a dollar bill, there is an eye in the sky on top of a Pyramid which made an obvious link.
In more general terms, the album is really about belief systems, either political or religious without being in any way judgmental or preaching as Eric is a confirmed, but respectful atheist. There’s also an obvious connection to the gambling theme of the earlier Turn of a Friendly Card album.
The lyric of Old and Wise was particularly inspired by the wife of one of the record company executives who was also a personal friend, who passed away at a tragically early age.
"Eye in the Sky provided the Alan Parsons Project with their first Top Ten hit since 1977's I Robot, and it's hard not to feel that crossover success was one of the driving forces behind this album. The Project never shied away from hooks, whether it was on the tense white funk of "I Wouldn't Want to Be Like You" or the gleaming pop hooks of "Games People Play," but Eye in the Sky was soft and smooth, so smooth that it was easy to ignore that the narrator of the title track was an ominous omniscient who spied either on his lover or his populace, depending on how deeply you wanted to delve into the concepts of this album. And, unlike I Robot or The Turn of a Friendly Card, it is possible to listen to Eye in the Sky and not dwell on the larger themes, since they're used as a foundation, not pushed to center stage. What does dominate is the lushness of sound, the sweetness of melody: this is a soft rock album through and through, one that's about melodic hooks and texture. In the case of the spacy opening salvo "Sirius," later heard on sports talk shows across America, or "Mammagamma," it was all texture, as these instrumentals set the trippy yet warm mood that the pop songs sustained. And the real difference with Eye in the Sky is that, with the exception of those instrumentals and the galloping suite "Silence and I," all the artiness was part of the idea of this album was pushed into the lyrics, so the album plays as soft pop album -- and a very, very good one at that. Perhaps nothing is quite as exquisite as the title song, yet "Children of the Moon" has a sprightly gait (not all that dissimilar from Kenny Loggins' "Heart to Heart"), "Psychobabble" has a bright propulsive edge (not all that dissimilar from 10cc), and "Gemini" is the project at its dreamiest. It all adds up to arguably the most consistent Alan Parsons Project album -- perhaps not in terms of concept, but in terms of music they never were as satisfying as they were here." (Stephen Thomas Erlewine, AMG)
Alan Parsons, Fairlight CMI programming (1,2,8), keyboards & backing vocals (6), Linn drum machine (8)
Eric Woolfson, Wurlitzer (2), piano & organ (10), keyboards (1,3-5,7,9), lead vocals (2,5)
Ian Bairnson, acoustic, electric & pedal steel (4) guitars
Haydn Bendall, keyboards (1)
John Wallace, piccolo trumpet (3)
Mel Collins, sax solo (10)
David Paton, bass, lead vocals (3)
Stuart Elliott, drums, percussion
Chris Rainbow, lead vocals (4) & backing vocals
Lenny Zakatek, lead vocals (6,9) & backing vocals, vocal Fx (9)
Elmer Gantry, lead vocals (7)
Colin Blunstone, ead vocals (10)
Jack Harris, backing vocals (7)
Andrew Powell, choral & orchestral arranger and conductor (1,3,5,7,8), piano (5), brass band conductor (10)
The English Chorale, chorus vocals (3,7)
Bob Howes, chorusmaster
Produced by Alan Parsons
Digitally remastered 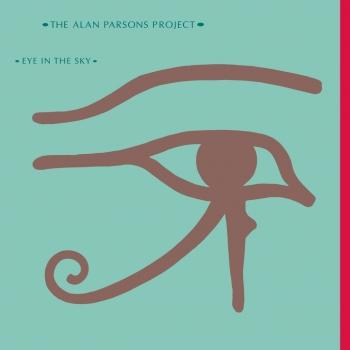 Eye In The Sky (Remastered) 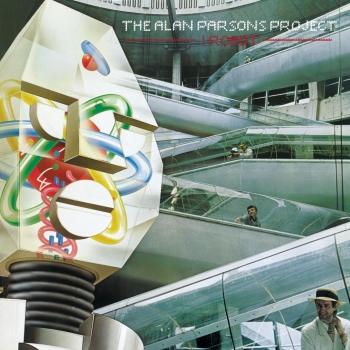 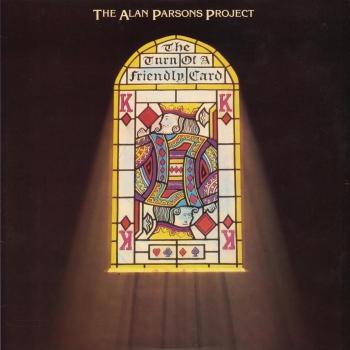 The Turn Of A Friendly Card 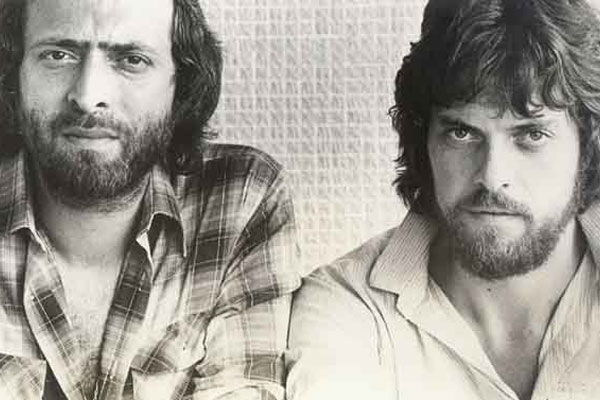 The Alan Parsons Project
During the Summer of 1974, Alan Parsons met Eric Woolfson in the canteen of Abbey Road Studios. Alan had recently engineered Pink Floyd's Dark Side Of The Moon and had already produced a number of acts for EMI Records. On that day, Eric had been working as a session pianist but was also a songwriter and had already composed material for a concept album idea based on the work of Edgar Allan Poe.
Alan asked Eric to become his manager and Eric managed Alan's career as a producer/ engineer through a string of successes including Pilot, Steve Harley, Cockney Rebel, John Miles, Al Stewart, Ambrosia and The Hollies. Alan commented at the time that he felt frustrated in having to accommodate the views of some of the artists which he felt interfered with his production. Eric came up with the idea of making an album based on developments in the film business, where directors such as Alfred Hitchcock and Stanley Kubrick were the focal point of the film's promotion, rather than individual film stars. If the film business was becoming a director's medium, Eric felt the music business might well become a producer's medium.
Recalling his earlier Edgar Allan Poe material, Eric saw a way to combine their respective talents: Alan - engineer/ producer. Eric - songwriter/ lyricist/ musician. The Alan Parsons Project was born.
Eric put a proposal to 20th Century Records on these lines calling it 'The Alan Parsons Project' and the record company immediately went for the idea and decided that the proposal looked like a good group name. After the success of Tales of Mystery and Imagination, they were signed by Clive Davis to create a further nine Alan Parsons Project albums for Arista Records.
The APP was not a band in the traditional sense, it was the collaboration of two people - Alan Parsons and Eric Woolfson. They didn't tour or perform live to promote their work as Alan Parsons was the focal marketing vehicle as engineer/ producer, but not the artist, and the studio was therefore where he could reign in his role, not the concert stage.
Although the initial idea was that Alan would also contribute 50% of the music, in reality and with the time pressures involved, apart from a small number of instrumentals, he focused on the engineering, production and creative technical advance of each album, leaving Eric to write over 95% of the music and all of the lyrics as well as handling the business affairs.
Although there was no set 'group' of performers, guest artists (musicians and vocalists) were invited to participate in Project recordings. This often gave them an opportunity to display their talent without the normal pressures attached to their own recordings which could be counter-productive with their careers depending on their latest release. The artists who performed on Project albums, appreciated the freedom this gave them and enjoyed the experience. Alan often used artists with whom he had previously worked, Ian Bairnson and David Paton from 'Pilot' being two of the most regularly used musicians.
On all of the albums Eric would sing the demo lead vocal tracks which would then be recorded by other selected artists who often had very similarly styled voices to Eric's. Eventually on 'Turn of a Friendly Card' due to an impending deadline and as a last resort, Eric convinced a reluctant Alan to let him sing lead vocal on 'Time'. (Alan Parsons) 'I kept pushing him aside. I didn't think it was right that he should sing for the Project, but I was talked out of it. There he was, singing all the big hits from that point on. So I was clearly wrong'.
The Alan Parsons Project is one of the recording industry's most dynamic duos. Eric often described Alan as the foremost engineer/ producer of his day and together, he and Alan achieved over 50 million album sales, 9 Grammy Nominations, over 50 Gold and Platinum Disc awards, Top 10 hits worldwide and radio broadcasts of 2 million plus airplays in the US alone. With the new re-mastering of all ten APP albums and a wealth of bonus material exhumed from the archives, there is now a whole new perspective to their work together for people to enjoy 20 - 30 years on from when the albums were originally released.
Eric Woolfson went on to write a number of highly acclaimed and successful musicals. He died in December 2009 after a 12 year battle with cancer. Alan Parsons now performs with a band of musicians and plays largely Alan Parsons Project material.