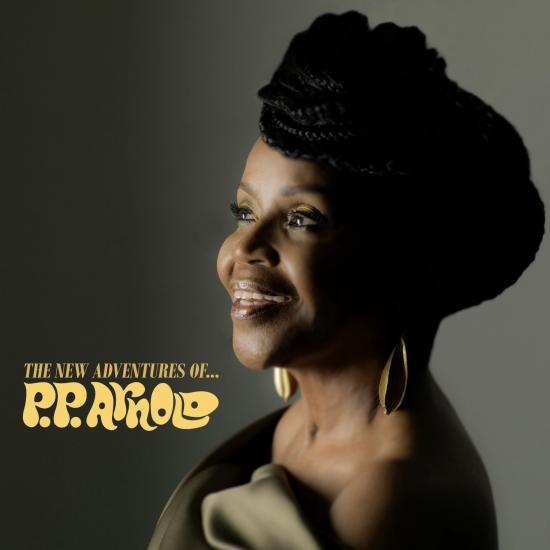 Five decades after she became a ’60s icon with the timeless pop hits ‘The First Cut Is The Deepest’ and ‘Angel Of The Morning’ on Rolling Stones manager Andrew Oldham’s ultra-hip Immediate label, soul singer P.P. Arnold is set to release a double-album of stunning new material featuring contributions from, among others, Paul Weller, Ocean Colour Scene’s Steve Cradock, The Specials and P.P’s songwriter son, Kodzo.
“I’ve been a fan of PP ever since hearing ‘The First Cut’, and then ‘Tin Soldier’. Her voice is still as great as it was when she was 18/19 years old! Steve Cradock has tried to keep something of the early Immediate Records sound on this new record, whilst still sounding fresh, and it is for me one of the finest in her collection” – Paul Weller
Titled ‘The New Adventures Of… P.P. Arnold’ and released via earMUSIC on August 9th , the album crowns an extraordinary career that has seen the singer back Ike & Tina Turner as one of The Ikettes, record with Mick Jagger, the Small Faces, Rod Stewart, Eric Clapton, Barry Gibb and Primal Scream, and provide her distinctive backing vocals for Billy Ocean, Peter Gabriel, the KLF, Paul Weller and, most recently, Roger Waters.
‘The New Adventures Of P.P. Arnold’ was recorded and produced by life-long P.P. enthusiast, OCS star and Paul Weller band guitarist Steve Cradock at his Kundalini Studio in Devon, and follows on – after a 51-year gap – from the singer’s two legendary solo albums on Immediate Records, ‘The First Lady Of Immediate’ (1967) and ‘Kafunta’ (1968), as well as a more recent compilation of previously unreleased material from the late ’60s and ’70s, ‘The Turning Tide’ (2017).
“I’ve got this huge catalogue of records I’ve sung on, but I have only released two albums - and they’ve stood the test of time,” P.P. explains. “It’s been about quality not quantity! I’ve had to deal with a lot of tragedy. You kind of think people at record companies have forgotten about you, but Steve and [his wife] Sally have really made this happen. Steve’s production is slamming.”
The beginnings of the album - spanning classic orchestral soul (‘Baby Blue’, ‘Finally Found My Way Back Home’), sunshine pop (‘The Magic Hour’), house music (‘Hold On To Your Dreams’), a spine-chilling gospel elegy inspired by her daughter’s death (‘I’ll Always Remember You’), two Paul Weller originals (‘When I Was Part Of Your Picture’, ‘Shoot The Dove’) and an epic, edgy 10-minute reading of Bob Dylan’s poem ‘The Last Thoughts On Woody Guthrie’ – can be traced back 25 years to 1994.
Worldwide tours with Roger Waters put the project on the backburner, but when Cradock rediscovered the tapes during a house move four years ago, both parties were excited about the prospect of finally completing an album.
“It’s great that I’m coming back with this record,” says P.P. “Even now, I’m still finding my way, because the industry changes every decade, and you’re sometimes out of the loop. For me it’s all about faith, meditating, love, praying… try to be ready and don’t give up the fight. That’s the message.”
P.P. Arnold, vocals 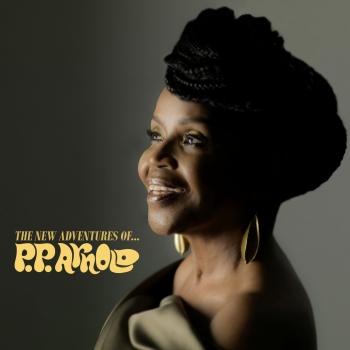 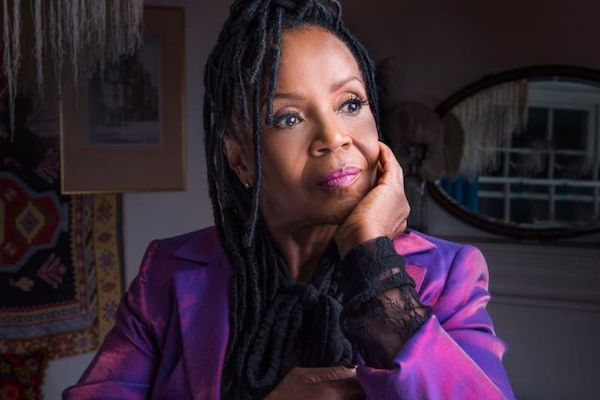 P.P. Arnold
Los Angeles soul vocalist Pat (P.P.) Arnold emerged in the '60s as a back-up singer for Ike and Tina Turner. She soon struck out on her own, finding success in England with a string of chart hits including "The First Cut Is the Deepest" and "Angel of the Morning." After a stint on stage and screen, she experienced a brief revival in the '80s, scoring another U.K. hit with "Burn It Up." In addition to her own solo material, Arnold also worked with the Rolling Stones, Small Faces, Roger Waters, Oasis, Peter Gabriel, Boy George, the KLF, Nick Drake, Primal Scream, and many more.
Arnold grew up in a family of gospel singers and began singing as a four-year-old. She got her start backing Bobby Day before being invited to join the Ikettes backing Ike & Tina Turner. Arnold toured with them in the '60s, including one stint with the Rolling Stones. Mick Jagger persuaded her to remain in London, and she later recorded for the Immediate label (then run by the Stones' manager Andrew Loog Oldham). Loog Oldham, Jagger, and Mike Hurst produced Arnold's debut LP, The First Lady of Immediate, in 1967, which included the single "The First Cut Is the Deepest," written by Cat Stevens and later popularized by Rod Stewart. Another album, Kafunta, arrived the next year and, in addition to her own compositions, featured her covers of tracks by the Beatles, Beach Boys, Bee Gees, and Rolling Stones.
In the late '60s, Arnold found moderate success with the singles "The Time Has Come," "(If You Think) You're Groovy," and "Angel in the Morning," the latter of which was a Top 30 hit in the U.K. She was also part of the cast for the play Catch My Soul in 1969, and subsequently acted in the television shows Fame and Knot's Landing, plus Andrew Lloyd Webber's Starlight Express. Arnold re-entered the music world in the mid-'80s, singing lead on a Boy George song for the film Electric Dreams in 1984 while on 10 Records. In 1985, she worked with Dexter Wansel and Loose Ends on the single "A Little Pain," which she recorded as Pat Arnold. She then had another English hit with the single "Burn It Up" on the Rhythm King label. The Beatmasters later produced her song "Dynamite." To close out the '80s, she teamed with Pressure Point on the collaborative effort This Is London (Viceroy Records). In the '90s, she added to her list of high-profile session contributions, featuring hit singles such as Peter Gabriel's "Sledgehammer" and the KLF's "3 A.M. Eternal."
Arnold issued her entire Immediate output in 2001 on The First Cut: The Immediate Anthology and continued to tour throughout the decade. In 2017, her shelved, late-'60s Heritage recordings were released as The Turning Tide. The fabled set featured production and writing by Barry Gibb and Eric Clapton, as well as input from the Delaney & Bonnie Band and Rita Coolidge. She continued to tour into 2019, over 50 years into her career, releasing her fourth official album that summer. The New Adventures Of... was produced by Steve Cradock and included the single "Baby Blue." (Ron Wynn, AMG)