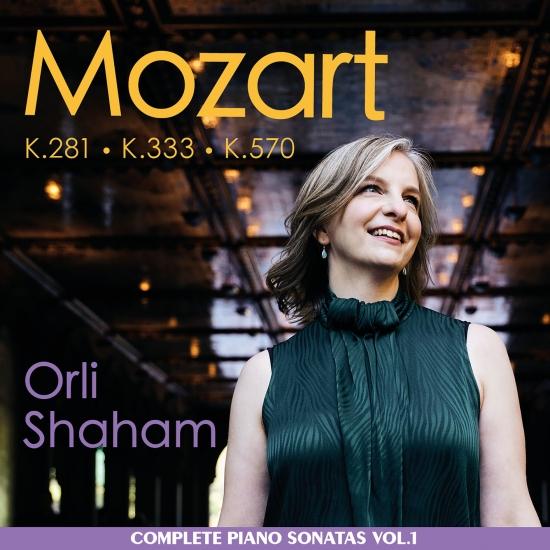 "Mozart’s three B-flat sonatas are so varied and different in their inventive brilliance. Each has a truly individual and distinct voice, yet together they stand on a timeline that clearly maps Mozart’s development from his late teens to full maturity.” (Orli Shaham)
Volume 1 in Orli Shaham’s documentation of Mozart’s eighteen piano sonatas complete. She possesses an enviable reputation as a Mozartean with press and critics dwelling on her ‘thrillingly expressive’ approach matched with ‘technical virtuosity and deftness’ culminating in ‘performances that connects directly with an audience’.
This is her first solo Mozart offering and follows her recording the Mozart Violin Sonatas with brother violinist Gil Shaham for Canary Classics (CC-01) and on video for EuroArts along with her acclaimed release last year of Mozart Piano Concertos, conducted by David Robertson and the St. Louis Symphony.
Mozart’s singing line and its translation to the piano has served as Orli Shaham’s constant guide in her interpretations of Mozart. While analysis form, harmony, rhythm and phrasing have played an important part Orli Shaham is adamant that the vocal nature of each sonata is paramount. K.333 starts out as would Mozart’s operas, as a single melodic idea as Orli Shaham says, “Mozart taught the keyboard to sing”.
The B-flat sonatas stand individually as emblems of Mozart’s inventive brilliance, three distinct universes, albeit all formed from the same raw materials.
Mozart’s artist genius lays in his willingness let the performer capture the mood in the music, and this Orli Shaham does with aplomb. The studio environment of the recording encouraged her to “go all out” with the ornamentation, varying trills, grace notes, and other ornamentation with each successive take.
Recorded in Orli Shaham’s favourite recording venue Mechanics Hall in Worcester Massachusetts, she fully explores the pathos and cultivates the humour in Mozart’s B-flat sonatas. In her own words “Mozart had such insight into what it means to be human and had to get that out in his music. He was superhuman in what he was able to do…but that never comes across in music that is so human.”
Orli Shaham, piano 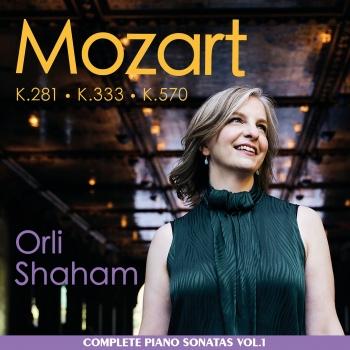 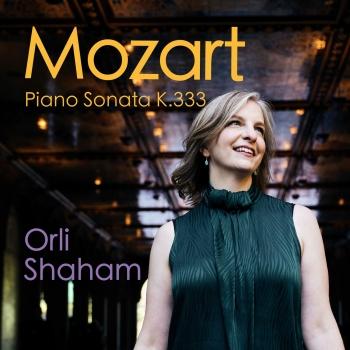 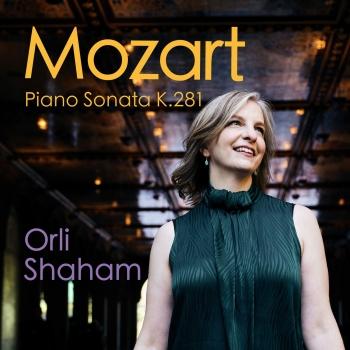 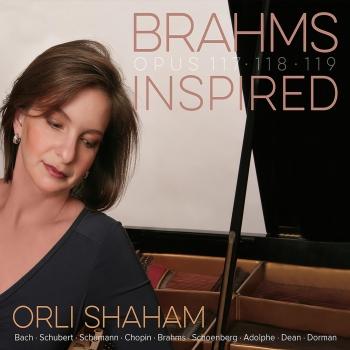 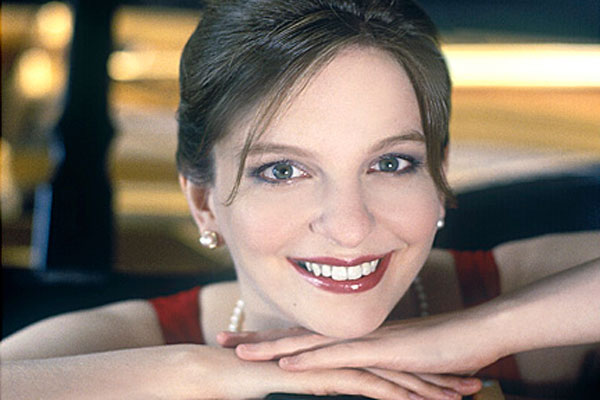 Orli Shaham
A consummate musician recognized for her grace and vitality, Orli Shaham has established an impressive international reputation as one of today’s most gifted pianists. Hailed by critics on four continents, Ms. Shaham is in demand for her prodigious skills and admired for her interpretations of both standard and modern repertoire. The St. Louis Post-Dispatch has praised her “wit, passion, delicacy, and humor”; and The Guardian has called Ms. Shaham’s playing “perfection.”
Orli Shaham’s performance schedule brings her to concert halls from Carnegie Hall to the Sydney Opera House and most of the major venues in between, for recitals, chamber music, and concerti. Ms. Shaham has performed with nearly every major American orchestra, as well as many in Europe, Asia, and Australia. A frequent guest at summer festivals, her appearances include Tanglewood, Ravinia, Verbier, Mostly Mozart, and Aspen. Devoted to the intimate genre of chamber music, Ms. Shaham serves as curator and performer in Pacific Symphony’s chamber music series in Costa Mesa, California.
In addition to American Grace, Ms. Shaham is in the midst of a multi-volume recording project centering around the late works of Johannes Brahms. The recordings feature compositions by Brahms and related music from the classical canon, alongside new works commissioned by Ms. Shaham. Her wide variety of repertoire is reflected in her large discography, including Nigunim: Hebrew Melodies (CC10) with her brother, the violinist Gil Shaham, which includes the world premiere of a work by Avner Dorman, commissioned by Orli and Gil Shaham; Saint- Saens’ Carnival of the Animals with the pianist Jon Kimura Parker and the San Diego Symphony; and a CD of chamber music, including the Brahms Horn Trio featuring Richard King. Orli and Gil Shaham have collaborated on several other recordings including Dvoˇrák for Two, The Prokofiev Album (CC02), and Mozart in Paris (CC01).
Driven by a passion to bring classical music to new audiences, Orli Shaham maintains an active parallel career as a respected broadcaster, music writer, and lecturer. On radio, she has hosted the nationally-broadcast Dial-a-Musician and America’s Music Festivals series, and served as artist in residence on National Public Radio’s Performance Today.
Inspired by her enthusiasm for introducing young children to the pleasures of music, Orli Shaham created Baby Got Bach, a series of interactive classical concerts for young children which has a devoted following in New York, St. Louis and other locations. As part of the Baby Got Bach program, she continually adds to the repertoire by commissioning notable composers to write music for pianist with audience participation.