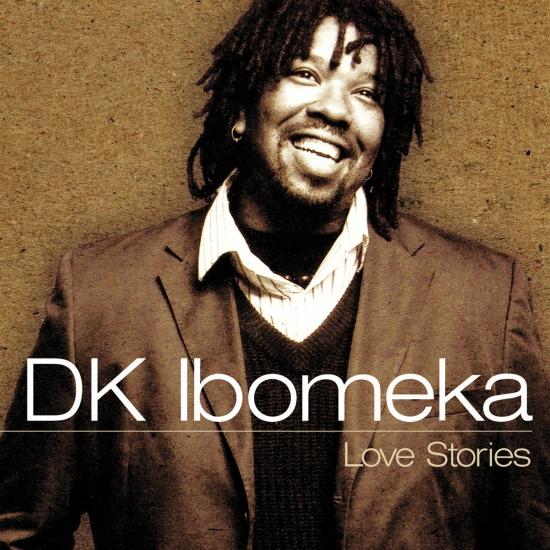 Having at one’s disposal a vocal range of more than three octaves is a gift of God. Handling this gift with complete mastery, to make the most of it without flaunting it – that is art. If you listen to young Canadian singer DK Ibomeka, you don’t only experience that well-known goose pimple feeling. You may also wondera singer of his age has acquired the aforementioned art with such natural aptitude and assurance. In & Out proudly presents one of the most astonishing vocalists to have emerged in the magic triangle of jazz, soul and blues for quite a while.
Born Dike Ibomeka, the son of Nigerian immigrants, he started singing just for himself, “covering” the songs that were spinning on his turntable. His predilection for rhythm & blues and jazz by Ella Fitzgerald became such a crucial factor in his life that he decided to dedicate himself more assiduously to his vocal skills. He enrolled at the Humber School of Creating & Performing Arts and took advantage of every opportunity to perform in clubs during his studies. “His stage presence is the best I’ve ever seen in such a young singer”, says Michelle Belisle, manager of the club Sax on Yonge; and other connoisseurs of the scene share her view unanimously. DK received standing ovations from his audiences, which sometimes lasted for several minutes.
DK was soon receiving invitations to perform with other musicians, and, in 2004 he guested on albums by The Royal Jelly Orchestra and Whitney Smith’s Big Steam Band. Within a matter of months he was appearing in clubs in Toronto and New York. He opened for Holly Cole, and, in the summer of 2005, shared the bill at the renowned Montreal Jazz Festival with The Neville Brothers and Patti Labelle. Being booked in Canada by the same agency as Diana Krall and Norah Jones speaks for itself.
DK Ibomeka’s impressive rise to fame is now capped by a magnificent début album. Produced by Haydain Neale, who fronts the leading Canadian R&B band, Jacksoul, Love Stories is a multi-faceted work, including tracks with an after-hours jazz character, tongue-in-cheek swinging miniatures, highly emotive soul ballads and driving blues. DK presents the topic of love in twelve different shades, involving characters like the irresistible womanizer, the devoted and seductive crooner or the cold, ironic lover. And he offers a groovy adaptation of Lennon & McCartney’s Oh! Darling. Flexible guitar phrasing, sparkling piano sequences, delicate brushwork and steaming hot blues-rock backing from the drums provide a perfect setting for the warm and exciting vocal power of this six- foot-seven superstar. As the Toronto Star has it: “His voice is big, his range is big – and he is big.... but it’s not his stature that you’ll remember after a performance, but the way he can project a song...he has a fab future ahead of him.”
DK Ibomeka, vocals
George Koller, double bass
Davide Direnzo, drums, percussion
Justin Abedin, acoustic and electric guitars
Ron Lopata, piano, Fender Rhodes, Wurlitzer and Hammond B3
Haydain Neale, backing vocals
Additional musicians:
Roger Travassos, drums (on „One Warm Night“)
John 'JK' Kanakis, electric bass on („One Warm Night“)
Kevin Barrett, acoustic Guitar (on „I’ll be Anybody“)
Alistair Robertson, saxophone (on „Consolation Prize“)
Recorded and mixed at Megawatt Studios, Toronto, Canada
Mastered at Sterling Sound New York, USA
Produced by Haydain Neale
Digitally remastered 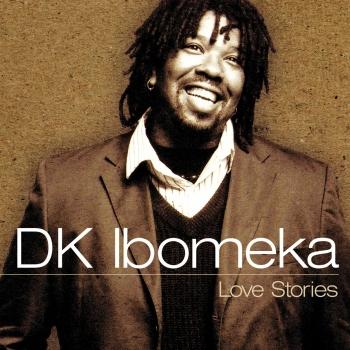 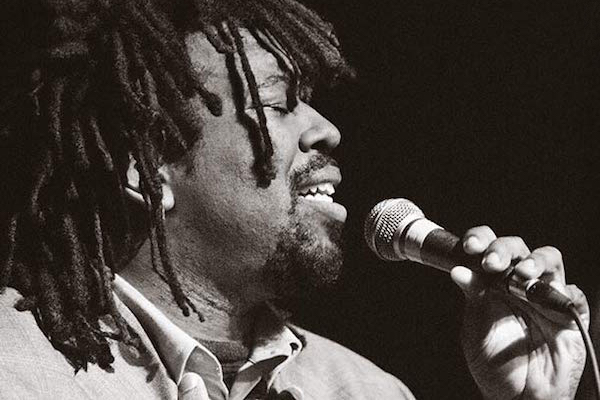 DK Ibomeka
DK is expressive, charming and fun. He sings us a thank you for attending his release “I appreciate you taking the time to celebrate with me.” The crowd was engaged from his first step on stage. He loves his songs, and shared his inspiration for several of them, such as “Interview”, relating his comparison of a first date to a job interview.
DK experimented with singing after hearing and being moved by an Ella Fitzgerald recording. He quietly wrote songs and developed his voice, eventually auditioning for his parents a capella in the kitchen before committing to a career in music. DK values his instrument and has a knack for expressing his three octave range voice throughout his songs.
DK’s boyish qualities and his humourous style came to the fore during his admission that he can’t tie his own tie (his neighbour helped). After attending the release party I think it’s safe to say we’d all offer to help him with his tie anytime.