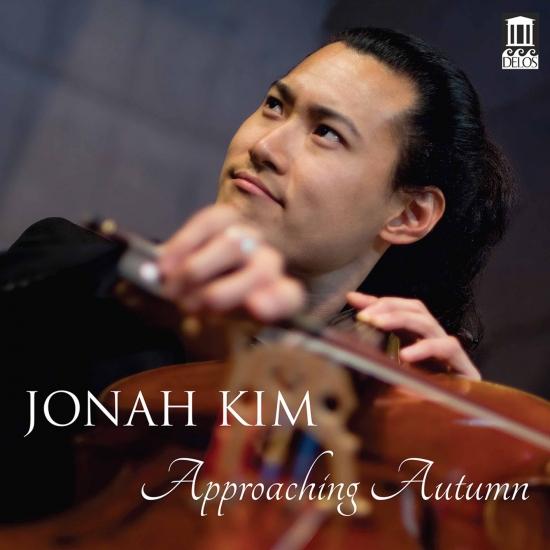 Jonah Kim, one of America’s finest young cellists, steps out in this wide-ranging program, joined — in two of the three works — by esteemed collaborative pianist Robert Koenig.
Kim begins the program with a Mount Everest for cellists, the Sonata for Solo Cello by Zoltan Kodály. Inspired by the legacy of his teacher, Janos Starker, Kim has had a lifelong affection for the work, and delivers a thrilling performance.
The album’s title work, Approaching Autumn, is an atmospheric and adventurous duo in one movement. Kim and Koenig weave their way poetically through Mark Abel’s enchanting creation, in its premiere recording.
The final offering is Edvard Grieg’s beloved 19th-century masterpiece, the Sonata for Cello and Piano. Kim and Koenig do full justice to a work that has attracted such luminaries as Pablo Casals and Artur Rubinstein, as well as Mstislav Rostropovich and Sviatoslav Richter, to perform it live.
Jonah Kim, cello
Robert Koenig, piano 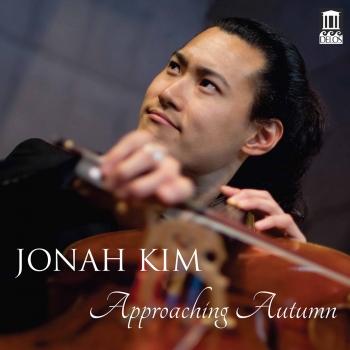 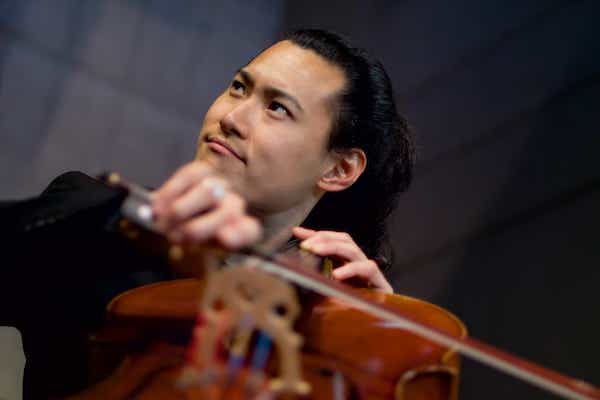 Jonah Kim
Grammy winning artist Jonah Kim made his solo debut with Wolfgang Sawallisch and the Philadelphia Orchestra in 2003. The same year, he also appeared with the National Symphony Orchestra where the Washington Post music critic Joseph McLellan called him simply, “the next Yo-Yo Ma.” Mr. Kim has soloed with the Philadelphia Orchestra, the Philadelphia Chamber Orchestra, National Symphony Orchestra, Atlantic Classical Orchestra, New Philharmonia, Orquestra Sinfônica Nacional, Orchestra Filarmonica, Symphony of the Americas and many others. He has played in prestigious venues such as New York City’s Carnegie Hall and Merkin Hall, Wigmore Hall in London, California’s Montalvo Arts Center, the Kimmel Center in Philadelphia, the Kravis Center in Palm Beach, the Adrienne Arsht Center in Miami, the Phillips Collection and the John F. Kennedy Center in D.C. where Anne Midgette of the Washington Post praised, “he flirted with the line, shaped it, wrapped it around his fingers, pulled it out in a new dimension, all with practiced ease.”
​Highly sought after internationally also as a chamber musician, Mr. Kim is a founding member of the “hip, unstuffy, and malleable group” Ensemble San Francisco. He frequents festivals like the Atlantic Music Festival, Bari International Music Festival, Cactus Pear Music Festival, Chamber Music Silicon Valley, Hong Kong Arts Festival, Music in May Santa Cruz, and San Luis Obispo’s Festival Mozaic. As a fellow at the Curtis Institute, he formed a piano trio with Joel Link, currently first violinist of the award-winning Dover Quartet, and international piano sensation Yuja Wang. Coached by some of the leading musicians of their day, they explored the piano trio literature extensively. Since then, Mr. Kim has collaborated with world class artists on four continents, sharing the stage with Cho-Liang Lin, Elmar Oliveira, Jon Nakamatsu, Martin Beaver, Chee-Yun Kim and Romie de Guise-Langlois in recent seasons. In a review of his performance at Alliance Français, San Francisco Classical Voice critic David Bratman exclaimed, "this was an excellent performance, the best I’ve heard of this piece."
Robert Koenig
has quickly established a reputation as a much sought-after collaborative pianist and chamber musician. He performs regularly in major centers throughout the world with many of this generation’s most renowned musicians. Recent engagements have included performances at Carnegie Hall in New York, The Kennedy Center in Washington, DC, Suntory Hall in Tokyo, The Concertgebuow in Amsterdam, and the Louvre Museum in Paris. He has performed with many of today’s leading artists including Sarah Chang, Hilary Hahn, Pamela Frank, Roberto Diaz, Elmar Oliveira, and Aaron Rosand.
Mr. Koenig has appeared at many festivals including Aspen, Ravinia, Banff, Saratoga, Caramoor, the Seattle Chamber Music Festival, the El Paso Pro Musica, Chamber Music Northwest, the Campos do Jordao Festival in Brazil, and the Mostly Mozart Festival in New York. He is frequently heard on radio and television including ABC’s “Good Morning America” and CBS “This Morning”. Mr. Koenig was staff pianist at both The Juilliard School and The Curtis Institute of Music, and from 2000-2007 he served as Professor of Piano and Piano Chamber Music at the University of Kansas in Lawrence. With the assistance of the University of Kansas Center for Research, Mr. Koenig commissioned renowned American Composer Lowell Liebermann to write a new trio for flute, cello and piano. Beginning in the fall of 2007, he will assume his new position as Professor and Head of The Collaborative Piano Program at The University of California in Santa Barbara.
Mr. Koenig has recorded for Artek, Ambassador, Biddulph, Cedille, CRI, Decca, Eroica, and Naxos. His most recent CD of transcriptions for viola and piano by William Primrose was released in July/2006 on Naxos with violist Roberto Diaz, and was nominated for “Best Instrumental Soloist Performance (without orchestra)” at the 49th annual Grammy Awards in 2007.
Born in Saskatchewan, Canada, Robert Koenig began his formal training at the Vancouver Academy of Music with Lee KumSing and Gwen Thompson and later studied at the Banff School of Fine Arts and the Academie Musicale di Chigiana in Siena, Italy. During this time he received several awards from the Canadian Government including a Canada Council Project Grant. He completed both his Bachelors and Masters degrees in Accompanying at the Curtis Institute of Music in Philadelphia where he studied with Dr. Vladimir Sokoloff and chamber music with Felix Galimir and Karen Tuttle.