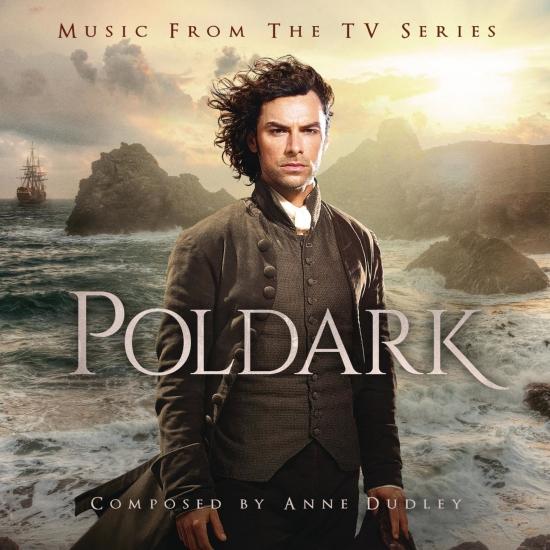 Anne Dudley’s haunting and moving score to the hugely successful BBC TV drama series, starring Aidan Turner in the title role. The epic adaptation of Graham Winston’s historical novels has been one of the most acclaimed TV productions of recent years and this sweeping and evocative score has been a key ingredient in this success. Relive the emotional high points of this classic series with Anne Dudley’s unforgettable music.
Poldark is created by Debbie Horsefield and stars Aidan Turner, Eleanor Tomlinson, Ruby Bentall, Beatie Edney, Jack Farthing and Heida Reed. The show based on the novels by Winston Graham centers on Ross Poldark, a redcoat who returns to Cornwall after the American Revolutionary War to discover that his father is dead, his lands are ruined, and his true love is about to marry his first cousin. The drama premiered this past March in the UK on BBC and will have its domestic premiere in June on PBS as part of the network’s Masterpiece series. 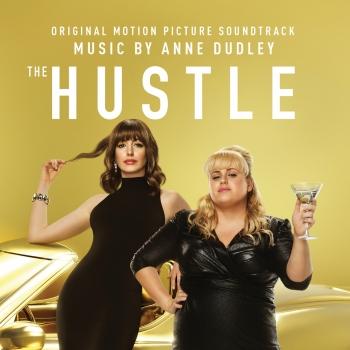 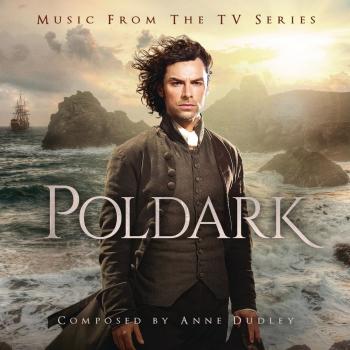 Anne Dudley
Composer, arranger, producer and performer, Anne Dudley is a multi-talented and critically-acclaimed musician.
She has composed and produced soundtracks for dozens of award-winning films and tv shows, and was a founding member of the Art Of Noise. She has contributed string arrangements to many classic albums including "The Lexicon of Love" and Robbie Williams "Reality killed the video star".
Over the course of a long and varied career, she has won an Oscar, a Grammy, a Brit and been nominated for an Ivor Novello several times. She was musical director for Bill Bailey's "Remarkable Guide to the Orchestra" which toured in 2009. She was the composer of an opera, "The Doctor's Tale" with writer Terry Jones, for the Royal Opera House "Opera Shots" season which had six performances in April 2011.
She took part in the Royal Thames Pageant for the Queen's Diamond Jubilee, composing a piece inspired by Handel's Water Music.
Anne and Terry Jones worked together again with the Royal Opera House to produce a staged “floating opera” on London’s canals. The short opera "The Owl and the Pussycat" was part of the Cultural Olympiad.
Anne was music producer on the Academy award winning film of "Les Miserables" starring Hugh Jackman and Anne Hathaway.
She composed the music for the ITV drama "Breathless" which was broadcast in Autumn 2013 and was music director of the musical film "Walking On Sunshine."
Anne scored David Walliams' "The Boy in the Dress" which was broadcast at Christmas.
She has just completed work on the music for the splendid new adaptation of "Poldark" an 8 part BBC prime time drama. A soundtrack album will be released on Sony Classical on May 11th.