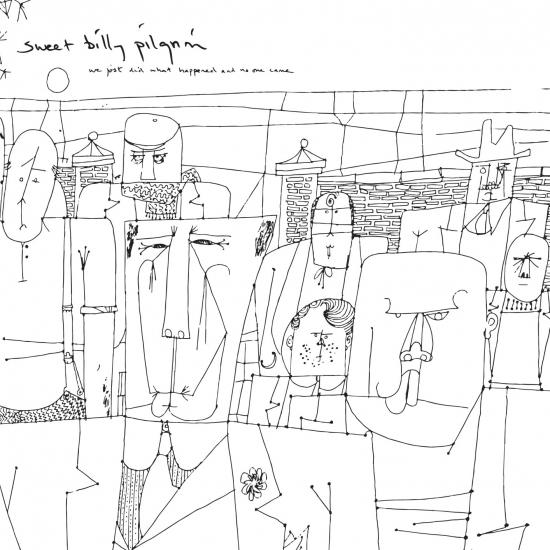 As far as underground heroes go, few are more critically acclaimed, yet hidden from the mainstream eye, than Sweet Billy Pilgrim. Loved by their fans and revered by the kind of tastemakers whose opinions adorn adverts and posters on a regular basis, the four-piece have always sat firmly but unwittingly on the very fringes of commercial success. Over an almost decade-long career the band's star has glimmered quite literally from a shed in Aylesbury, the birthplace of its debut album with the prescient title We Just Did What Happened And No-One Came.
„Somewhere between the earthy and the ethereal, Sweet Billy Pilgrim scrape strings and tap away on laptops making beautiful things. Broken hearts and beaming smiles are littered in their wake, as two EPs have sold out and a Shifty Disco singles club release has set the web a murmur of impassioned search for supurlatives to match their art. Their own website has delivered a stunning 3,000 downloads of the non-album track 'Forget To Breathe' in just 3 weeks. David Sylvian is a fully paid up fan and has already enlisted Sweet Billy to remix 'The Heart Knows Better' for his Recent 'The Good Son…' album. Sweet Billy will launch the album at St. Olaves Church in London that has recently played host to Antony and the Johnsons and Sigur Ros. This will be followed by a UK tour through the autumn. A full press and radio campaign is underway. Expect continued coverage across the web. There will be an e-flyer to target everyone who has downloaded tracks from Sweet Billy's site, the Shifty Disco singles club and all switched on blogs and fanzines. What they are saying so far... 'It's somewhere between 'Peace At Last' period Blue Nile, some twists of latter day King Crimson and a nudge of Elbow.' Kelvin Hayles (Buzz Magazine) '…this is great songwriting and spellbinding arrangements, beautifully played and sung. Enchanting stuff, very highly recommended.' (Boomkat) 'What I will say is that 'Stars Spill Out Of Paper Cups' is by far the best single I have heard this year.' Tasty Fanzine 'I've already mentioned 'Stars Spill Out Of Paper Cups', but even though I already loved it then, it's only grown in my estimation since.' (Ian Mathers, Stylus Magazine)
Sweet Billy Pilgrim 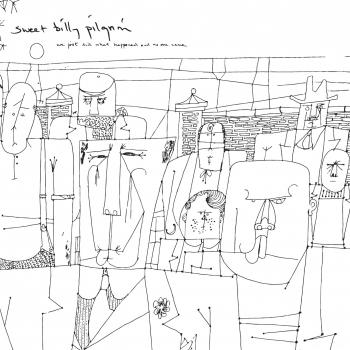 We Just Did What Happened and No One Came (Remaster) 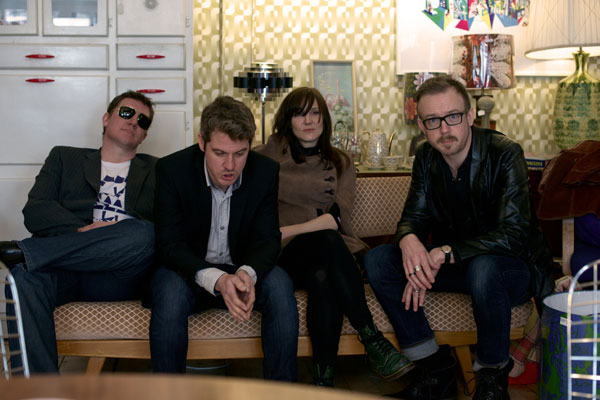 Sweet Billy Pilgrim
Following on from their critically acclaimed album ‘Crown and Treaty’, which was awarded a coveted five stars by Mojo, and its Mercury Music Prize-nominated predecessor ‘Twice Born Men’, Sweet Billy Pilgrim are back with their brand new album ‘Motorcade Amnesiacs’. The band recently signed to Kscope, home of artists including Steven Wilson, Anathema, Nordic Giants and Engineers and will be releasing the album on May 25th.
Not ones to respect musical boundaries, Sweet Billy Pilgrim have thrown every ounce of their belief and passion into the creative process resulting in the genre spanning excellence of ‘Motorcade Amnesiacs’. Frontman Tim Elsenburg’s unique musical worldview has resulted in yet another masterpiece; an album of adventurously inspired melodies, intertwining riffs and eclectic rhythms, heavenly harmonies and thought-provoking lyrics. As he describes it: “I’ve rediscovered my love of the electric guitar, and of riffs. I’m jokingly referring to it as our Queens of the Sprout Age album, just because I like to imagine it as a point in time and space where Mr Homme and Mr McAloon might meet, fall in love and produce a ginger, epically-bearded, SBP-shaped baby.”
The album is a remarkable body of work. Ten years into Sweet Billy Pilgrim’s singular career, their development from electronic / acoustic experimentalism into widescreen accessibility is fully realised on this, their fourth album.
As a life-affirming work of both righteous joy and anger, ‘Motorcade Amnesiacs’ cements Sweet Billy Pilgrim as one of Britain’s greatest cult bands; critically adored yet still music’s best-kept secret. The time is now right for them to reap the rewards of a decade of perseverance. There’s no chance of forgetting them now…