High On You (Remastered) Sly Stone 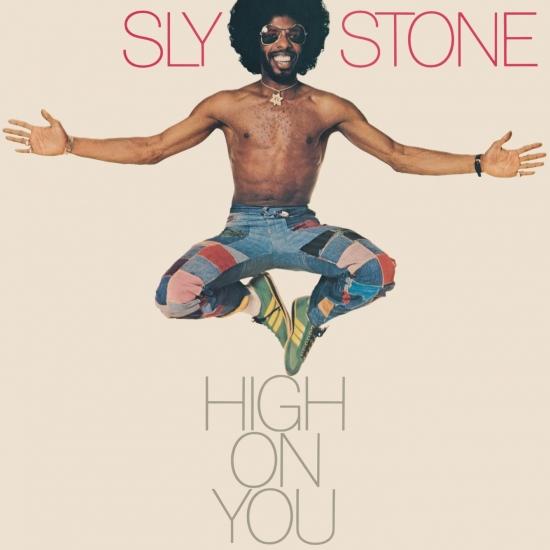 Info for High On You (Remastered)

The first album attributed to Sly Stone rather than Sly and the Family Stone. One of the better straight-up funk albums of the 70's even though it's his most underrated. The title track, a career highlight, was an impressive single peaking at number three on the R&B chart.
Sly Stone is a songwriter and record producer, mostly famous for his role as front man for Sly and the Family Stone. The band played a critical role in the development of soul, funk, rock, and psychedelics in the 1960s and ‘70s.
Sly Stone was identified as a musical prodigy at a young age. By the time he was seven, Sylvester had already become proficient on the keyboards and by the age of eleven he had mastered the guitar, bass, and drums as well. While still in high school, Sylvester had settled primarily on the guitar and joined a number of high school bands.
In 1993 he was inducted into the Rock and Roll Hall of Fame as a member of the group.
„The first album attributed to Sly Stone rather than Sly & the Family Stone, High on You didn't exactly resurrect the troubled artist's sinking career, but it does remain one of the better straight-up funk albums of the '70s. Released during the same mid-'70s era that spawned vibrant funk albums such as the Commodores' Machine Gun, Parliament's Up for the Down Stroke, and the Ohio Players' Skin Tight, along with the first Graham Central Station albums, High on You seems like a genre exercise for Sly -- rather than trailblazing new sounds like he did five years earlier, he's now embracing the sound of the times. Still, even though Sly isn't doing anything especially novel here, he performs an impressive series of succinct, well-crafted funk songs with plenty of pop accessibility. Indeed, High on You has the makings of a comeback album. It's worth noting that the album's title track was an impressive single, peaking at number three on the R&B chart and even making an appearance on the pop chart -- though fairly obscure nowadays, "High on You," remains one of Sly's career highlights. Elsewhere, "Crossword Puzzle" stands out with its distinct horn hook and numerous background vocals (it's become most famous for being sampled by De La Soul on 3 Feet High and Rising), while the gentle "That's Lovin' You," the album's sole ballad, cools down the proceedings for a moment. After these first three highlights, the album drops off a little, though the funk level remains well in the red. In fact, the upbeat nature of the album is perhaps its most satisfying attribute, given the downcast mood of Sly's previous few albums. High on You doesn't measure up to the best Sly & the Family Stone albums of the late '60s and early '70s, granted, but it's a step up in quality from Small Talk and certainly all that would follow. Long written off and long out of print, High on You is an underrated album that deserves re-evaluation.“ (Jason Birchmeier, AMG)
Sly Stone, vocals, keyboards, guitar, bass, various instruments
Eric Gale, guitar
Freddie Stone, guitar, vocals
Bobby Lyles, keyboards
Tricky Truman Governor, keyboards
Dennis Marcellino, saxophone
Jerry Martini, saxophone
Cynthia Robinson, trumpet, vocals
Dawn Silva, vocals
Rudy Love, vocals
Tiny Melton, vocals
Vet Stewart, vocals
Jim Strassburg, drums
Michael Samuels, drums
Bobby Vega, bass
Produced by Sly Stone, Sylvester Stewart
Digitally remastered