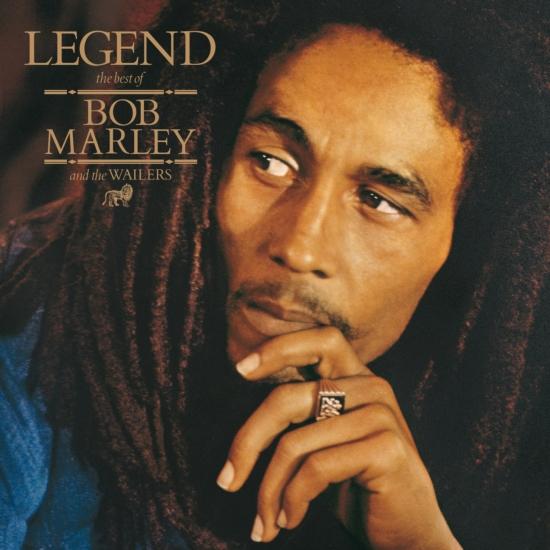 Info for Legend - The Definitive (Remastered)

We are very lucky to live in a society where we can listen to artists like Bob Marley, who creates some of the most magnificent music on the face of the earth. 'Legend – The Best of Bob Marley and the Wailers,' has 14 of the most recognized Marley jams recorded from 1972 to 1981.
'Legend' is essential for anyone who appreciates reggae music. Beginners to Marley's music should also invest in this incredible album. The songs are real, raw and the vocals are fabulous.
'Is This Love' is the premier song of the album. It is the perfect choice to get anyone in a good mood. This is a tranquil jam the whole way through and will leave the listener feeling groovy with lyrics like, 'I wanna love you and treat you right. I wanna love you every day and every night.'
One of the best songs written in the entire universe of music is “Three Little Birds,” the fourth track. 'Don't worry about a thing, Because every little thing gonna be alright' is a beneficial life mantra. Marley died young, but his memory lives on in this melody. Listen to the words behind the music, paying strict attention to their meaning.
The lyrics to song No. 8, 'One Love/People Get Ready,' are genuine, heart-warming and unique. Not only does it have a catchy harmony, but a positive message, which is rarely conveyed in music these days. The words proclaim a life of happiness and oneness with humanity, a theme found throughout the CD. The next track is very popular. Who could forget the infamous 'I Shot the Sheriff?' Marley shot the sheriff, but not the deputy. He swears it was in self-defense. Everyone has heard it. Everyone knows how it goes, but it will never get old.
The last track, 'Jamming,' is an all-around awesome anthem. The jam, the beat, the words are soothing and simple. Experience the song with friends when stressed out and in need of a chill out. The Wailers are an integral part of this song and its majesty.
Get jiggy to the beat and observe the meaning behind Marley's words. The jams are wonderful, but the words are beautiful. For example, 'One love. One heart. Let's get together and feel all right,' are some powerful and well-written words for inspiration. 'Legend' may be the title of the album, but Marley is the true legend. (Carmen Varner)
#46 on Rolling Stone's Top 500 Albums Of All Time.