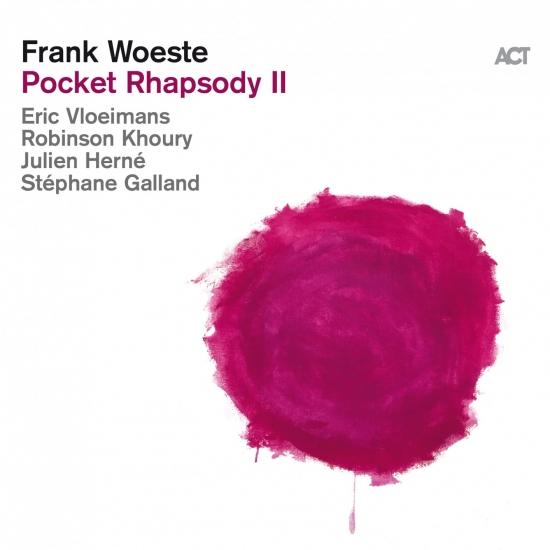 When Frank Woeste's "Pocket Rhapsody" album was released in early 2016, the pianist earned a well-deserved place in the limelight. Here was a pianist who “doesn’t sound like anyone else out there at the moment" (London Jazz News) with a "style at once powerful, elegant, rousing and outlandish" (ARTE Metropolis). The album also brought a strong re-connection with the German jazz audience, because although Woeste has made his home since 1999 in Paris, and has a substantial profile on the French scene – both through his own projects and as a result of his work alongside stars such as Youn Sun Nah and Ibrahim Maalouf – he was actually born in Hanover.
Woeste is living proof of the power of what can happen when cultures combine. In him we find a technical grounding from German classical music co-existing with a passion for American jazz and with the spirit of his adoptive country: "I am strongly influenced by the particular way jazz has always been viewed in France, as music that can blend well with other forms – world music, French music... There is a freedom here to take the jazz language, to adapt it and find one’s own way," he reflects.
"Pocket Rhapsody". The album title of Woeste’s first ACT album as leader encapsulated an approach to music that is rhapsodic, free and personal, and which he takes considerably further in "Pocket Rhapsody II". There is a whole cornucopia of timbres, a big emotional range, the compositions encompass many different aesthetics including pop and rock, but always with a clear sense of where we are. The album gives us much more of the beguiling sounds Woeste conjures from his 1970s Fender Rhodes and from various synthesizers, and there is a surprise: the joyous intervention of a children's choir. "My son Oscar sings in the ‘Maîtrise des Hauts-de-Seine’ choir. I would always take him along to his rehearsals and use the time to work on the material for 'Pocket Rhapsody II' on my laptop. And as I listened to my music with the choir singing in the background, I had a thought: the children’s voices could bring humanity and classical poise, they would be the perfect counterweight to rocky and electric sounds of the band."
The other players in the line-up for “Pocket Rhapsody II” also signal a new direction. Whereas the first album was an American affair with guitarist Ben Monder and drummer Justin Brown, the follow-up now features Woeste's French band: Rising trombone star Robinson Khoury from Lyon, the Belgian drummer Stephané Galland on drums (one of the founders of AKA Moon, and a specialist in complex grooves and polyrhythms), and bassist Julien Herné, whose deep sense of groove Woeste got to know when they worked together in Vincent Peirani’s Living Being band. These were the musicians who also played the "Pocket Rhapsody" tours. The wonderfully lyrical Dutch trumpeter Eric Vloeimans is a major presence too: "We met at a festival a few years ago, and found that we gelled both musically and personally straight away, so we have been playing together a lot as a duo. I knew that he would be ideal for 'Pocket Rhapsody II'. I'm always on the look-out for musicians with their own voice who are up for playing my music," says Woeste.
Woeste clearly enjoys the different personal imprints on his music that other players bring to it. Tunes that have appeared in other places can be completely transformed and re-born, and that is particularly striking when one compares the two pieces which feature on both the old and the new "Pocket Rhapsody" albums. "Mirage", apart from re-stating the original melodic line, is more or less unrecognizable as the tune of the same name on the first album. The title track is similarly transformed through a totally different arrangement and is roughly half as long; in other words, it has been reduced to its essentials. Other tunes have also appeared in different contexts: Woeste has already recorded "Wintersong" with saxophonist Seamus Blake, "Clair Obscur" with guitarist Lage Lund – both of these as duets in his "Libretto Dialogues" series. He has recorded “Noire et Blanche” with Dave Douglas. But here they sound every bit as fresh and new as, say, the three-part "Tryptique”, specially written for the album. What is remarkable is how all the different strands fit together so perfectly. Because of the experience the band has of extensive touring playing the repertoire together, the album has completeness and coherence despite all its stylistic openness, and all its joy, freedom and experimentation.
"A rhapsody, “ Frank Woeste says, "is a free form which goes through a wide range of emotions." There is a very special immediacy and verve about "Pocket Rhapsody II”, but it is also beautifully put together. Woeste has again succeeded in creating what the Irish Times discerned in the first album: "the fresh and invigorating sound of a pianist daring to be different."
Frank Woeste, piano, Fender Rhodes, synthesizer
Eric Vloeimans, trumpet
Robinson Khoury, trombone
Julien Herné, bass
Stéphane Galland, drums
Oscar Woeste, voice (on Tryptique III)
Children‘s Choir Maîtrise des Hauts-de-Seine
Recorded and mixed by Erwan Boulay at Studio Libretto, Paris, June 2019
Mastered by Guillaume Jay
Children’s Choir Maîtrise des Hauts-de-Seine, directed by Gaël Darchen
Music Project Director: Clotilde Sébert 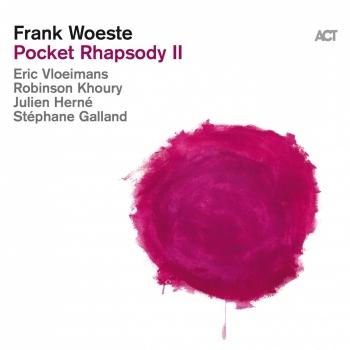 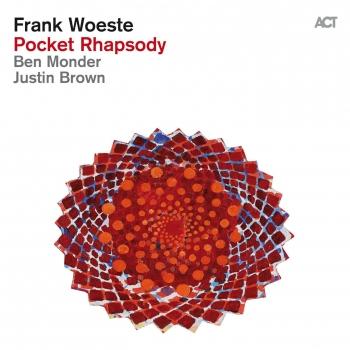