Gospel According To PJ PJ Morton 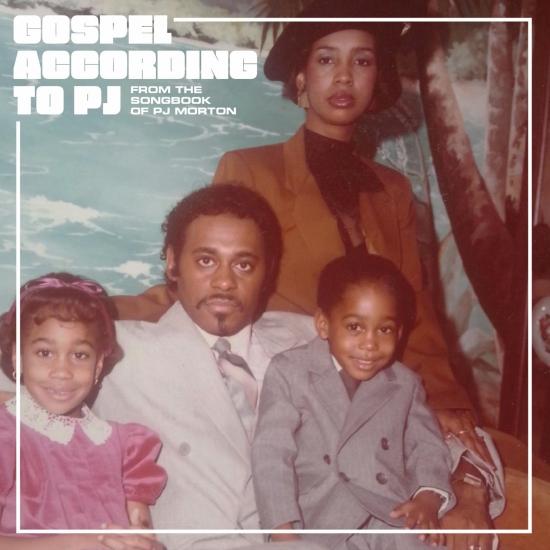 Info for Gospel According To PJ

PJ Morton comes full circle with the announcement of his first-ever gospel album, Gospel According to PJ. The project features Yolanda Adams, Kim Burrell, The Clark Sisters, Commissioned, Kirk Franklin, and over a dozen others collaborating on fresh interpretations and born-again arrangements of hits that Morton has written for a slew of gospel stars throughout his career. With the exception of the 2020 BET Award-nominated "All In His Plan" (feat. Le'Andria Johnson & Mary Mary), PJ Morton self-produced the album in the midst of the coronavirus lockdown this spring and summer, crafting his own string arrangements in self-isolation, connecting with each artist via videoconference, and leading remote recording sessions from his New Orleans studio.
"I definitely missed that energy of being in there with them, but I'd like to think it all kind of happened the way that it was supposed to," PJ says. "I feel people need this music that inspires more than ever right now."
As the son of prominent pastor and recording artist Bishop Paul S. Morton, PJ Morton grew up in the church. He attended upwards of three services a week, composed music on the organ as his dad preached to one of the largest congregations in New Orleans, and faced constant pressure from the community to follow in the same nonsecular footsteps. His family instead supported his multi Grammy-winning rise into R&B and soul stardom, and on Gospel According to PJ's three interludes, PJ discusses the journey back to his roots in a series of phone calls to his father.
"It goes deeper than just being a gospel record," PJ explains. "It's a narrative about a father and son, and my father being there for me even though I didn't take the path that people thought I should, and we still got here. We still got to this album and me being who I am and me making him proud."
Gospel According to PJ is PJ Morton's sixth self-released, self-produced LP in the past three years. Earlier in 2020, he won the Grammy for Best R&B Song, released The Piano Album, earned his first NAACP Image Award nominations, and launched The Culture, a weekly trivia show celebrating Black art and entertainment that has welcomed Questlove, Angela Rye, Omari Hardwick, Lalah Hathaway, Bakari Sellers and more.
PJ Morton 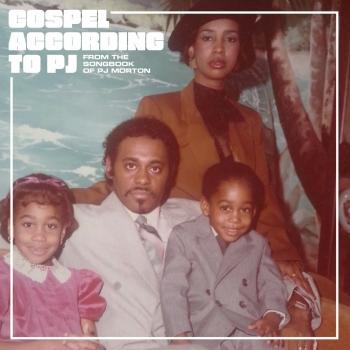 Gospel According To PJ 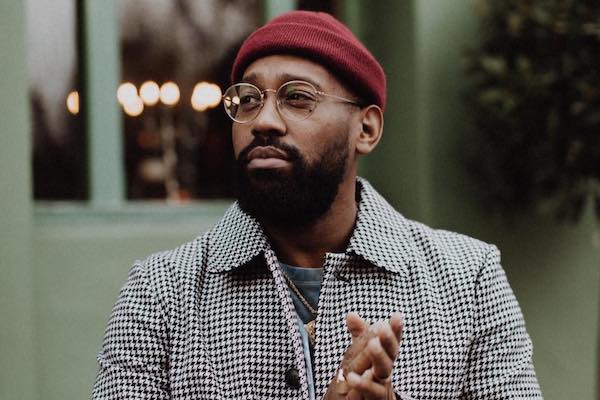 PJ Morton
For PJ's, the songs, records, and shows say everything that needs to be said—and more. Whether performing, playing, or producing, the GRAMMY® Award- and Dove® Award-winning singer, songwriter, producer, multi-instrumentalist, Morton Records founder, and Maroon 5 keyboardist fills one timeless role most comfortably, that of a “Music Man.”
In doing so, he consistently crafts work of a classic caliber on stage and in the studio. “I’ve been blessed to communicate through songs better than words or anything else,” he admits. “I believe in the power of music and honesty. When those two things come together, there’s nothing more powerful. I endeavor to be a true ‘Music Man’ who loves these instruments and the lineage that got us here. It doesn’t matter if I’m putting out another artist on my label, making material of my own, producing someone else, or in Maroon 5, I’m a ‘Music Man’ in every way.”
2019 upheld this claim for Morton. Recorded live in New York and released under his own New Orleans-based Morton Records, Gumbo Unplugged garnered three 2019 GRAMMY® Award nominations—“Best R&B Album,” “Best Traditional R&B Performance” for “How Deep Is Your Love” [feat. Yebba], and “Best R&B Performance” for “First Began”—and brought his total back-to-back tally of solo nominations to five, including a pair of 2018 GRAMMY® nods for the original Gumbo. Just a week prior to the ceremony, he walked on to the world’s biggest stage and delivered a historic performance alongside Maroon 5 at Super Bowl LIII.
These moments marked a much-deserved victory lap for the consummate musician. Throughout 2018, he continued a steady expansion of his growing discography. He composed the score for YouTube Premium’s critically acclaimed comedy series Champaign ILL and penned the theme to OWN’s Ready to Love. Not to mention, he wrapped up a heartfelt holiday album, Christmas With PJ Morton, which Entertainment Weekly dubbed “this year’s surprise stocking stuffer.” He touched down on a total of four continents during the six-month Gumbo World Tour, selling out gigs everywhere from Spain and Japan to Seoul, Korea.
At the same time, he focused on further building his company. He grew the roster by way of flagship signings The Amours and producer Erick Bardales. Two Washington D.C.-bred sisters, The Amours traveled the world as part of the label founder’s band and could be heard on Gumbo Unplugged as backing vocalists. As Morton manned the board as producer and executive producer back in New Orleans, the pair cooked up a striking, simmering, and soulful debut for 2019.
“Morton Records is starting to become what I envisioned it to be outside of my solo records,” he explains. “I really want to help other artists achieve success in their careers. I want to spotlight New Orleans talent, and I also want to give writers and producers a platform. I signed Erick first. After spending so much time on the road alongside The Amours, I really got to know them. It goes without saying they’re talented, but their character interested me more than anything else. We have a connection. It felt like an organic, natural progression for them to be my first artist.”
Morton has quietly, independently, and humbly secured his position at the forefront of 21st century soul and R&B. In 2017, Gumbo bowed in the Top 10 of the Billboard Heatseekers Albums Chart and received praise from The Washington Post and The Advocate, to name a few. Generating over 30 million cumulative streams in under three years, he regularly averages over half-a-million monthly listeners on Spotify. Meanwhile, 2013’s New Orleans received a 2014 GRAMMY® Award nomination in the category of “Best R&B Song” for “Only One” [feat. Stevie Wonder]. Putting it best, Pitchfork described the project as “a smooth and soulful pop/R&B hybrid.”
In addition to figuring prominently on Maroon 5’s multiplatinum Overexposed, V, and Red Pill Blues, he has written and produced for everybody from BJ The Chicago Kid, Jermaine Dupri, and Jazmine Sullivan to Monica and India.Arie, winning a GRAMMY® for collaborating with the latter in 2008. His compositions have also popped up in films such as Couples Retreat and more. Among many other accolades, he has received Dove® and Stellar® Awards, published his literary debut Why Can’t I Sing About Love? in 2009, and become music director for Solange following the release of her critically acclaimed opus A Seat At The Table.
In the end, he embodies the spirit of a “Music Man” through and through as he redefines the term for a new era. “If Gumbo, Gumbo Unplugged, and the label have taught me anything, it’s to bet on myself and bet on the things that make me different instead of trying to focus on what could make me the same as other artists,” he leaves off. “We’re clear and confident about who we are as individuals. The creative freedom extends to Morton Records. I want people to always expect us to do something different, special, and creatively free. I also want to give back to my city and display my passion for New Orleans. It’s the best thing I can do with all of this.”