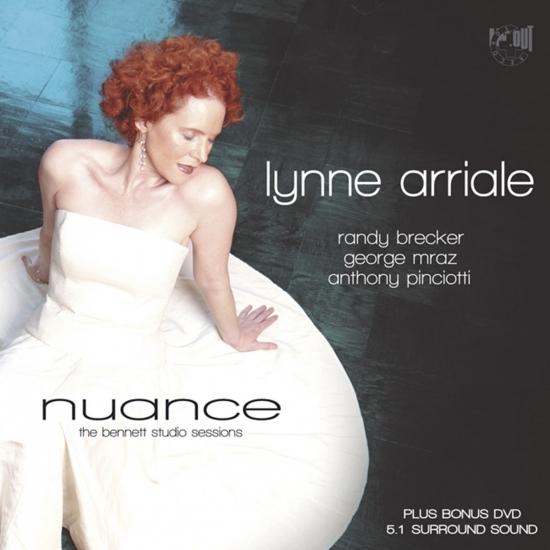 The piano as telephone: Lynne Arriale is well aware of the instrument‘s hidden communication possibilities and she knows better than any other member of the keyboard community how to make use of them. Her sensors are constantly receptive to any impulse sent out by one of her sidemen or by the target group in the audience. This American artist, nearly always performing with a trio combo, is not only considered to be world class but also to be in a class of her own. The result of her focus on the piano-bass-drums combination has been great success and international acclaim. ”Each one of her recordings can be bought unheard and almost every one of her performances is a sell-out.” This is the enthusiastic comment published in the November 2006 edition of the magazine, Jazzthing. The trio combination was a big hit. Now, suddenly, Lynne Arriale presents herself in an entirely different set-up.
Instead of the customary sidemen, ”Nuance“ is presenting new faces as far as Lynne is concerned. Well-known faces! The great George Mraz on bass, Anthony Pinciotti behind the drums, and whom do we discover on trumpet and fluegelhorn? None other than Randy Brecker. Now we have combination of four – a quartet – representing a significant change. A totally new orientation. Whoever assumed that Lynne Arriale would remain wedded to the golden triangle concept, will now learn otherwise with these recordings from the legendary Bennett studios (located outside New York City and where numerous Grammy and Emmy awarded sessions took place). A completely different alignment after her trio phase, a top-class line-up, arguably one of the most sensitive on the present jazz scene. This reorientation represented a challenge for the pianist and it brought out new elements in Lynne’s playing which hardly anyone had anticipated. Although Lynne still remains the leader, she presides over the group in a completely different and more flexible manner. The lady at the keys allows Brecker every possible freedom, adjusts to his unmistakable sound and thus creates the ground for one of the trumpet player’s most impressive performances in recent years - a win-win-situation, immediately evident at first contact. ”How could I ever tell Randy Brecker something new?“ joked Arriale. “You may tell me everything”, replied Brecker. So Lynne started to explain her musical philosophy. Six new, powerful originals and arrangements of tunes by Sting, Thelonious Monk, Dizzy Gillespie and Tommy Wolf. “Each one a world of its own”, said Lynne. “Not hermetically sealed off, but open for any type of change. The melody however should never be drowned, not even during the hottest improvisation.”
And this exactly describes „Nuance“. An inner, deep agreement automatically transmitted to the listener. Musical communication of highest ranking, subtle, surprising, inspired and full of relish - Lynne Arriale‘s masterpiece as piano player, bandleader and composer. „She is unique,“ says Randy Brecker. ”Without competition. Her music transcends the word jazz; it’s really just pure music.”
"Arriale's challenging chordwork behind a bright and brassy Brecker is like Monk and Miles-era Herbie Hancock combined, and her solo is like sparks struck off flint. It's an intriguing new edge for a player usually commended for her elegance." (The Guardian)
"A strong candidate for jazz CD of 2009." (AMG)
"There's some lovely music to be heard here. [Arriale is] a pianist with a genteel touch and sensitive ear for color." (Chicago Tribune)
Lynne Arriale, piano
Randy Brecker, trumpet, flugelhorn
George Mraz, bass
Anthony Pinciotti, drums 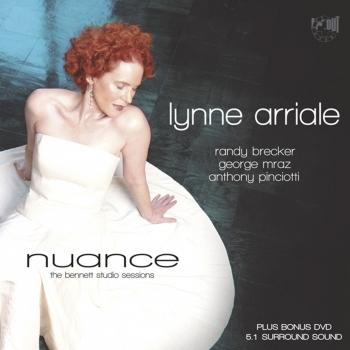 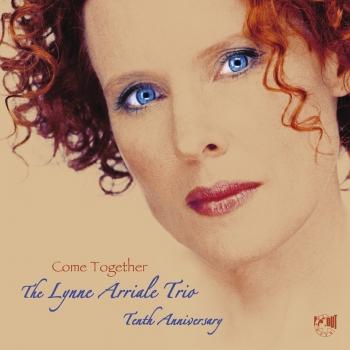 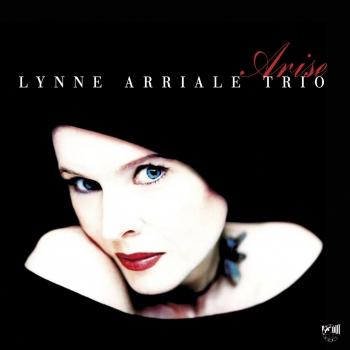 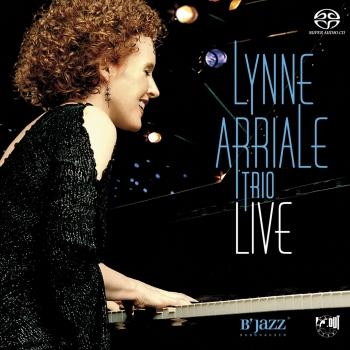 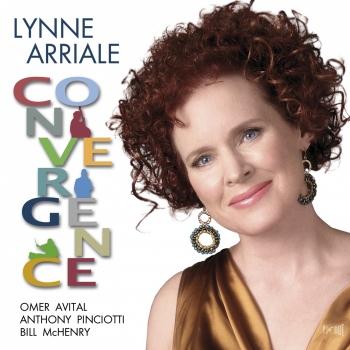 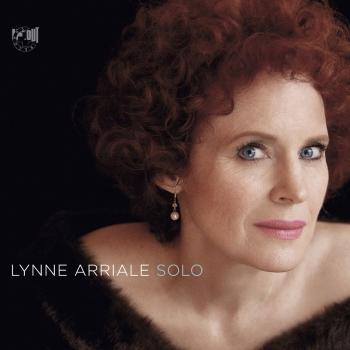 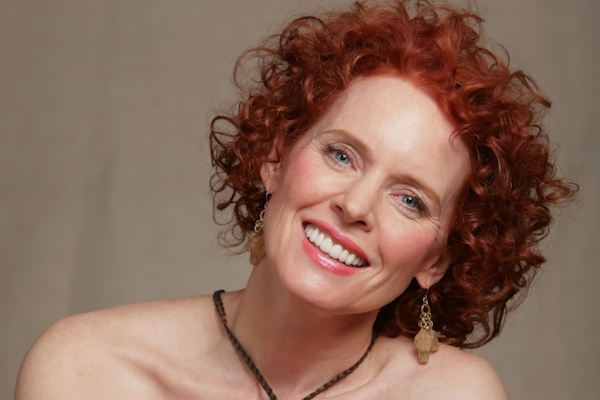 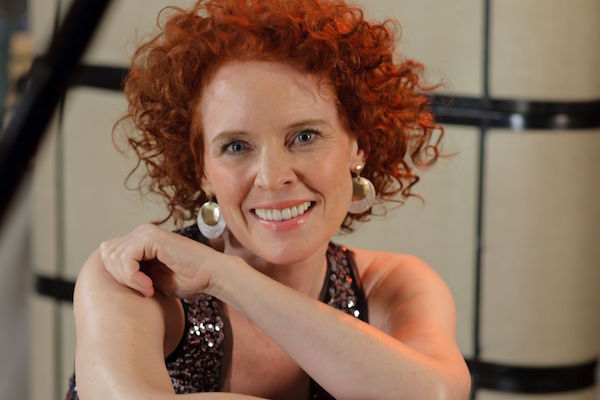 Lynne Arriale
Pianist/composer Lynne Arriale’s career is graced by a love of melody and a joy of musical discovery. With a style that is vibrant and hard-driving, yet lyrical and intimate, Arriale provides an exhilarating musical experience. The consummate storyteller, she immediately connects with her listeners through emotionally-charged performances. "She achieves a special, deep connection with her audience, and the energy flows both ways. Arriale’s emotional authenticity allows her audience to feel and think along with her" (JazzTimes). Her music is accessible and intimate, "emanating a complexity created not by multiple layers of notes, but by multiple layers of emotion, capturing the imaginations of music lovers worldwide. There may be no jazz artist working today who brings a broader spectrum of musical ideas to the connection of mind and heart" (Jazz Police).
At the core of Arriale’s appeal is her warmth, humor and ability to communicate with her band and listeners. "The poet laureate of her generation” (Jazz Police), her performances and recordings with her trio led to comparisons with the great trios of Bill Evans and Keith Jarrett, yet she has been consistently praised as having a "singular voice" as a pianist, leader, composer, and arranger. "I really can’t compare her to anyone," said recent collaborator and multi-Grammy winner Randy Brecker. "Her music transcends the word ‘jazz’ – it is just pure music."
Arriale was the first prize winner of the 1993 International Great American Jazz Piano Competition, and soon launched her touring and recording career. A Motema recording artist since 2003, her 13 CDs as a leader have topped the Jazzweek Radio Charts; Inspiration and Arise reached #1 and Come Together #3, Nuance #4 and were included on numerous "Best Of" lists, including The New Yorker and United Press International. Her tenth trio recording, LIVE (CD/DVD) was named one of UPI’s Best Jazz CDs and among The New Yorker Magazine’s Best CDs of the year. Solo was named one of the top CDs of 2012 by JAZZIZ Magazine, and Convergence was named one of the top 50 CDs of 2011 by JazzTimes.
She has toured internationally for the past 20 years and was selected to substitute for Marian McPartland with the 100 Golden Fingers tour of Japan (Tommy Flanagan, Hank Jones, Monty Alexander, Cedar Walton, Kenny Barron, Harold Mabern, Roger Kellaway, Junior Mance and Ray Bryant). Arriale has performed and/or recorded with jazz icons Randy Brecker, George Mraz, Benny Golson, Rufus Reid and Marian McPartland, to name a few. Her international performances on concert and festival stages include the Kennedy Center, Lincoln Center, Montreux, Burghausen, The Gilmore, Spoleto Arts, Montreal, Monterey, North Sea, Stuttgart, Pori, San Francisco, Ottawa, Zagreb, Perth, Brisbane, Rouen, Cannes MIDEM, Sardinia, Rochester, Wigan, Poznan, Estoril, Palermo, Inverness, Cork, and in Durban and Johannesberg, South Africa with full symphony orchestra. Her touring has taken her around the world to Brazil, Germany, Austria, Serbia, Poland, Switzerland, Austria, Italy, Croatia, France, Belgium, The Czech Republic, the Netherlands, Norway, Sweden, Denmark, Greece, Australia, Japan, Spain, Portugal, South Africa, England, Ireland, Scotland, Canada and the US.
Arriale has been featured on the PBS Profile of a Recording Artist and on multiple NPR programs, including Weekend Edition, Jazz Set, (with Dee Dee Bridgewater and Branford Marsalis), Piano Jazz with Marion McPartland; and in Billboard, Downbeat, JazzTimes, JAZZIZ, BBC Magazine, and the London Times; and has been featured in cover stories for JazzEd, One Way and M Magazines. Her live media appearances include CNN/FN’ Biz, NPR’s Jazz Piano Christmas – Live from The Kennedy Center, and radio/TV interviews throughout the U.S., U.K., and Europe, including the BBC, Radio France and German National Television.
A devoted educator and Yamaha artist, Lynne Arriale is currently Associate Professor of Jazz Studies and Director of Small Ensembles at The University of North Florida in Jacksonville.
"Lynne Arriale’s music lies at the synaptic intersection where brain meets heart, where body meets soul. As a result, there’s a directness, a purity, an unalloyed honesty that makes us listen and therefore “see” anew. She is one of jazzdom’s most intensely unique voices." –JazzTimes