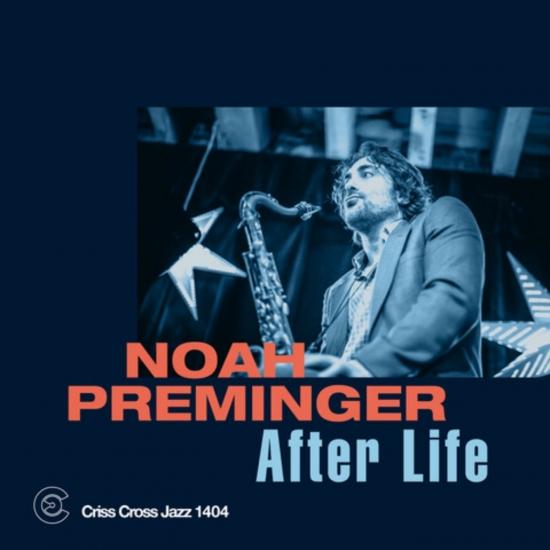 Info for After Life

In his program notes to his second Criss Cross album, After Life, master tenor saxophonist Noah Preminger writes that, as per the title, the seven original songs on the date 'pertain to a world that we may inhabit when we leave Earth. ' Returning from its Criss Cross predecessor, Genuinity, are the brilliant trumpeter Jason Palmer and bass virtuoso Kim Cass; modern drum giant Rudy Royston propels the flow, while guitarist Max Light, on his Criss Cross debut, contributes beautifully textured comping and inspired, thematic solos. The album booklet includes a suite of poems by Ruth Lepson, each one inspired by the music.
Noah Preminger, tenor saxophone
Jason Palmer, trumpet
Max Light, guitar
Kim Cass, bass
Rudy Royston, drums 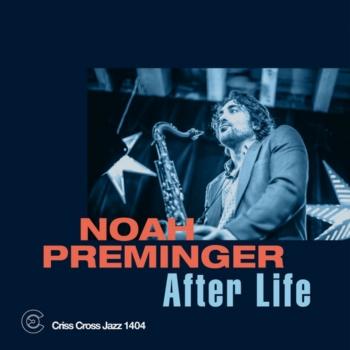 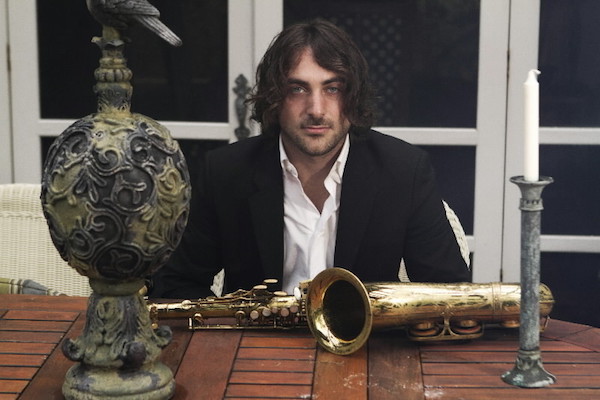 Noah Preminger
“Preminger Plays Preminger” is a record of music based on and adapted from the films of the great director, Otto Preminger.
Noah Preminger has seen this film many times before, but now it’s the third time this week that he has watched “The Cardinal,” it’s the second time he’s going through it with the sound turned off. He’s searching for a scene that hooks him. When he finds it, he’ll loop it and let it play over and over on repeat. Eventually, he’ll pick up his horn.
The idea to record this album has been with Noah since he was in high school, when his aunt, who taught a film studies class, first screened Anatomy of a Murder for him. It takes nerve for a teenager, listening to Duke Ellington’s jazz score, perhaps the most famous of all time, to say to himself, “I can do that.” But, of course, Noah had a way into the films of Otto Preminger all his own.
Noah was born about one month after Otto Preminger died in 1986. Noah was raised on stories from his grandmother about Otto, a cousin of his grandfather, Jack Preminger. They had grown up together in Czernowitz, Austria-Hungary (now Chernitsi, Ukraine). To Noah, these giants of the arts, these progenitors of whole classifications of music and film (Film Noir, Swing!), were brought down to earth for him – made corporeal, maybe even people he could relate to.
Then—the films of Otto Preminger kept creeping into Noah’s life. As an undergraduate at New England Conservatory, Noah fell in with the iconoclastic pianist, Ran Blake. Ran also happened to be a film buff and someone deeply connected with the visual and cinematic in his approach to music. Ran even taught a course at NEC that was dedicated to understanding Film Noir in a way that could let it affect a student’s compositional and musical identity. Ran and Noah ended up poring over the scores of Preminger’s films together.
The musicians on this album feel so dialed in. There’s something on this record that feels to me like a collective recital of some foundational American myth. There’s a heaviness to this album. Not a ponderousness, but rather an element that speaks of a second truth behind the music. I may not always see the films of Otto Preminger in the music, but I can feel the weight of narrative that seems to expand these tunes with some inner glow.
We control only a tiny fraction of our own biographies and we continually try to create and shape the stories that come to define us. This record of Noah’s is a singular vision and of course one rooted – like all good improvised music – very much in the moment, but it’s also a collective effort. A joint effort not just of these extraordinary musicians in a Lower East Side Recording studio in 2018, but also a reverberation that stretches from turn-of-the-century Austria through 1950’s Harlem, through a childhood in rural Connecticut and a revelatory screening with a scholarly aunt, and through the halls of New England Conservatory with one of the totemic educators and musicians at the turn of the next century. Sometimes – when the stars really align – we can share stories about where we come from, who we are, and who we want to be, all at the same time. (Elan Mehler)