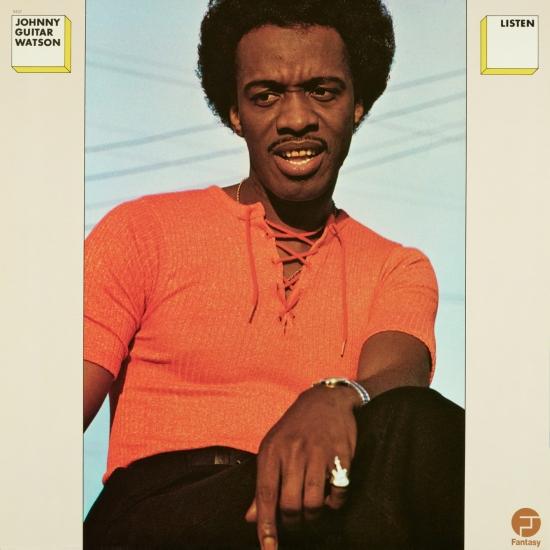 Quite possibly the rarest of all Johnny Guitar Watson albums – and his first from the 70s – a mindblowing batch of trippy soul tunes that sounds far different than much of his later work! Johnny's not yet in the funky mode here – and he's working in a very cool flanged-out approach that has his vocals tripping lightly with his guitar – in a spacious soul mode that captures some of the energy of Shuggie Otis at the time. The overall sound is incredibly righteous – and the album's a delight throughout!
"When Johnny "Guitar" Watson recorded Listen for Fantasy in 1973, he was three years away from the major comeback he would enjoy with 1976's Ain't That a Bitch. The singer/guitarist still had some very devoted fans, who remembered him for his blues output of the 1950s. But Watson was going after young R&B audiences in 1973, which is why Listen is a soul-funk album and not a blues album. You won't find another "Gangster of Love" or "Hot Little Mama" on Listen, an LP that was produced and arranged by Watson himself and makes it clear that he was paying close attention to what black radio (or "soul radio," as it was called) was playing at the time. Black radio, of course, was playing very few 12-bar blues numbers in the early '70s; nonetheless, R&B still had plenty of blues feeling, and Watson knew that soul and funk (just like rock) were very much an outgrowth of the blues. So he sounds quite comfortable on soul items like "You're the Sweetest Thing I've Ever Had," "It's All About You," and the sentimental "You Stole My Heart." However, Listen isn't a great record -- decent, but not great and not in a class with subsequent DJM gems like Ain't That a Bitch and 1977's A Real Mother for Ya. This LP, although likable, is only recommended to serious Watson collectors." (Alex Henderson, AMG)
Johnny "Guitar" Watson, guitar, vocals
J.D. Reed, alto saxophone
Rudy Copeland, organ, vocals
Henry "Hank" Redd, rhythm guitar, tenor saxophone
Emery Thomas, drums
Andre Lewis, electric bass, clavinet
Maxayn, backing vocals
Digitally remastered 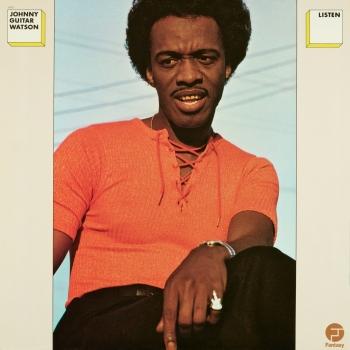 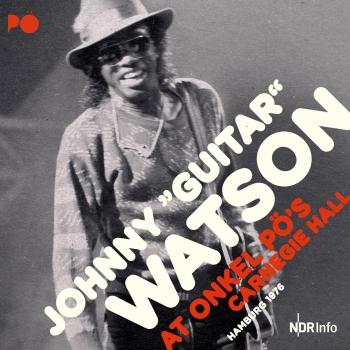