No B! Jane Lee Hooker 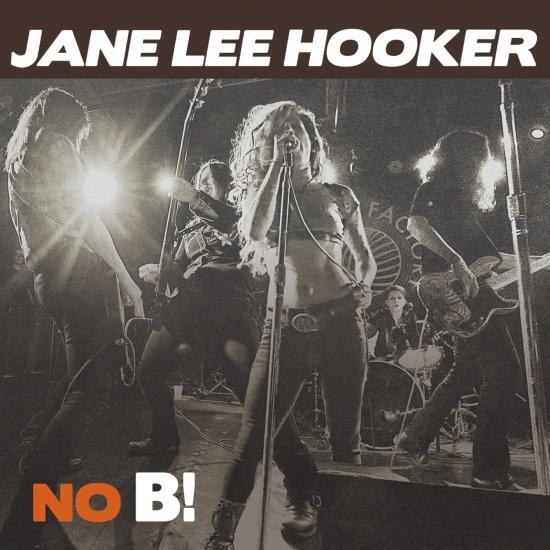 Info for No B!

How do you like your rock ‘n’ roll? If the answer is safe, sterile, sexless and spat out by the corporate machine, then move along. But if your wish-list takes in soul, swagger and smack-in-the-mouth stagecraft, then Jane Lee Hooker is the band you’ve been gasping for.
Tearing out of their native New York in 2016 with white-knuckle debut album No B!, these five rockers fuse the sticky thrills of golden-era punk and blues with a healthy slug of modern attitude. “Not a lot of bands can capture the excitement, sweat and charisma of the ’70s bands we grew up listening to,” they say. “But we can and we do.”
Released in April on Ruf Records, No B! might be a debut album, but don’t mistake Jane Lee Hooker for a pack of overnight newcomers. Between them, Dana ‘Danger’ Athens (vocals), Melissa ‘Cool Whip’ Houston (drums), High Top (guitar), Tina ‘T Bone’ Gorin (guitar) and Hail Mary Z (bass) boast sprawling collective pedigree, having dodged the bottles and put miles on the clock in bands like Nashville Pussy, the Wives, and Bad Wizard. Yet it was their fateful 2013 hook-up as JLH that brought fresh momentum. “We’re a gang, a family,” says the lineup. “We love playing with, to and for each other.”
Make no mistake: Jane Lee Hooker is moving fast. In the three years since their formation, the band have already torn it up on some of the US circuit’s most prestigious stages, from New York’s Irving Plaza to Antone’s Record Shop in Austin, Texas. Now, with live shows booked through 2016 and No B! at the heart of their setlist, this five-headed punk-blues juggernaut is coming for your hearts and eardrums.
Dana “Danger” Athens, vocals
Tracy Hightop, guitar
Tina “T-Bone” Gorin, guitar
Hail Mary Z, bass
Melissa “Cool Whip” Houston, drums 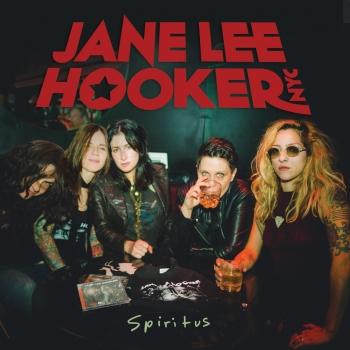 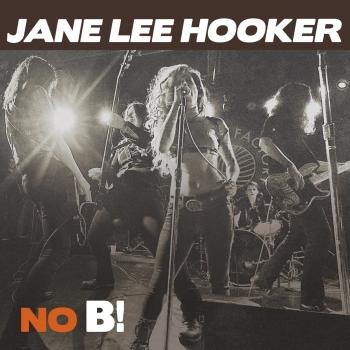 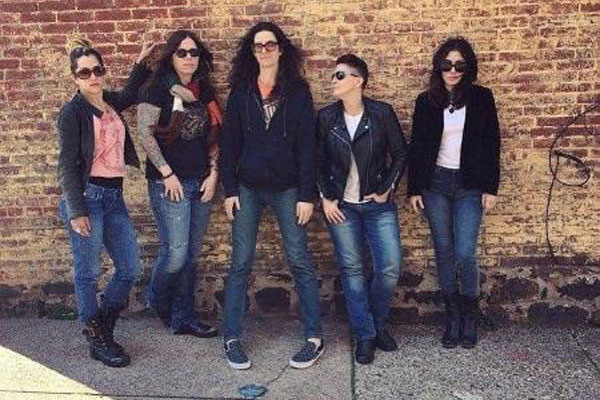 Booklet for No B!