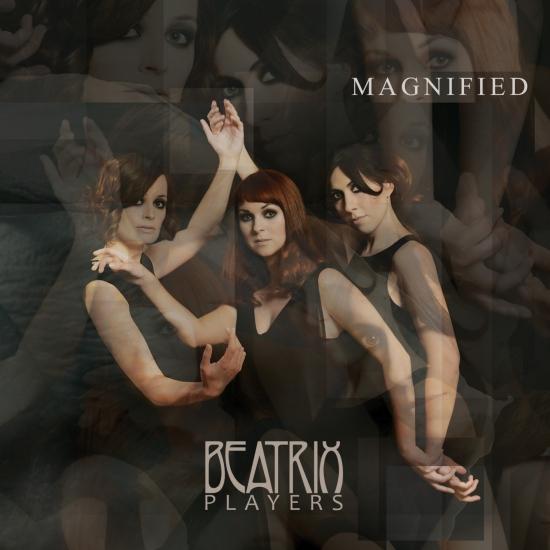 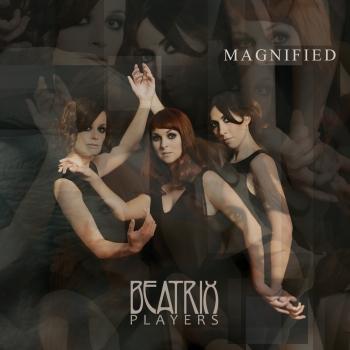 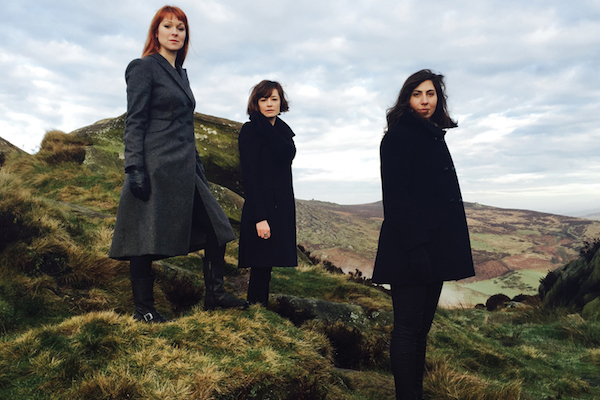 Beatrix Players
are a London-based all-female trio who make florid, adventurous music that operates at the interface between folk, singer-songwriter acoustica, prog and quasi-classical baroque chamber pop. There is a light, translucent quality to the music, and yet when it is not being hushed and reverent, it has the attack and thrust, the surging dynamism, of rock. It can be soft and intimate, but it can also be fiery and intense, epic and immense. There are tempestuous passages in their music that you can imagine being delivered by traditional rock instrumentation but it is the very absence of guitars and drums that means that there is nobody out there quite like Beatrix Players.
When choosing a suitable name for their band this London based trio certainly gave themselves something to live up to. Beatrix, from the Latin Viatrix, is a name that in its various forms has been previously bestowed upon self-sacrificing martyrs and self-denying mystics, royal consorts and Holy Roman empresses, Balzac heroines and Tarantino assassins. Characters of great daring and bravery, romantic, mysterious and emotionally complex, some wielding the deadly allure of sirens yet all too often doomed to dangerous liaisons, bitter betrayals and untimely deaths. No small irony then, that a name so often chosen by tragedians for their characters literally means "she who makes happy".
Beatrix Players’ music is sung, and largely performed, by Amanda Alvarez (cello), Jess Kennedy (piano, backing vocals) and Amy Birks (lead and backing vocals), with a little help from friends on violin and double-bass. Amanda Alvarez is the Beatrix Player in love with Bach’s cello suites, the one whose contribution to the group’s melodies is a matter of record. Spanish-born, with an Australian mother who has sung with choirs in the Spanish capital, her musical experience ranges from playing in classical orchestras to pummelling her way through a series of punk and grunge bands in her teens and early twenties. “I listened to the melodies, not the lyrics,” she says by way of explanation, adding that her mind was further blown with the advent of female-fronted 90s acts such as Garbage and No Doubt.
BP’s other Australian, Jess Kennedy - along with Amy Birks the co-writer of the songs - had a modern folk phase and is also classically trained. She has a penchant for “dramatic and emotional-type piano music”, which possibly explains why Beatrix Players’ music is so dramatic and emotional. Jess is the one in thrall to the romanticism of Chopin and Beethoven and darkness of Rachmaninov, as well as the film soundtracks of Thomas Newman, Michael Nyman and Yann Tiersen. She has been penning songs since childhood, and describes her writing tentatively as a sort of emotional splurge. “I like to express myself,” she admits of her rich and ravishing contributions to Beatrix Players, alluding to her piano-playing. “I’m quite physically expressive when I play, and sometimes that inspires me to write something.”
Amy Birks is BP’s vocalist, lyricist and art director - the one responsible for their art work, not surprisingly she works by day as a graphic designer (Jess has a job in environmental sustainability). She arrived in London from Stoke-on-Trent with a degree in music technology and a background in melancholy songcraft, from the 60s to the 90s (she loves Joni Mitchell, Don McLean and Mazzy Star). She’s no fey troubadour, though: she is friends with “new wave of British heavy metal” band Diamond Head. “I used to watch them rehearse,” she says. “They showed me the ropes.”
They came from Staffordshire, Melbourne and Madrid, this metalhead, grunge girl and classical folkie, converging on the capital, and getting together via a site called find-a-musician.com. "We were all newcomers to London from different parts of the world, different musical backgrounds, wanting to find a musical outlet and people to play music with,” recalls Jess. They consider their development to have been “natural”, the music they make the inevitable corollary of their easy relationship.
They have known each other for five years, forming Beatrix Players as a trio in 2013. “It happened naturally, but it took a while” explains Amy. “That’s when we decided to do our first EP.”
Released in June 2014, Words In Lemon Juice drew comparisons with Tori Amos and Kate Bush, but immediately the latter were seen more as a starting point for Beatrix Players’ quixotic hyperballads, rather than the end result. “Weirdly, we never grew up listening to Kate Bush,” Jess says, “although we do sometimes get compared.” Critics were gushing about the EP. “Beatrix Players bring together vocals with epic piano and cello in a way so powerful, you will become entirely engrossed,” went one typically effusive review, describing the songs on the EP variously as “incredibly captivating” and “engaging and beautiful”.
As for Beatrix Players, they are getting used to acclaim, and all manner of genre names being ascribed to what they do, from modern folk and baroque exotica to dark classical pop. They have been written about in Prog magazine, but they could easily be featured in Folk Roots or MOJO as well as Classical Music given their chamber music influences which come through in their song structures and arrangements, focused as they are on cello, violin, double-bass and piano.
“People try to fit us in a box, but we don’t fit in any box,” says Amanda. “They struggle with that.”
Beatrix Players have, in the four years of their existence, been on something of a voyage of (self-)discovery, and their music similarly takes the listener on a journey. “It’s about escapism into a different world,” Jess says. “That’s the idea. We can help you forget for three minutes or so.”