A Matter of Trust - The Bridge to Russia: The Music (Live) Billy Joel 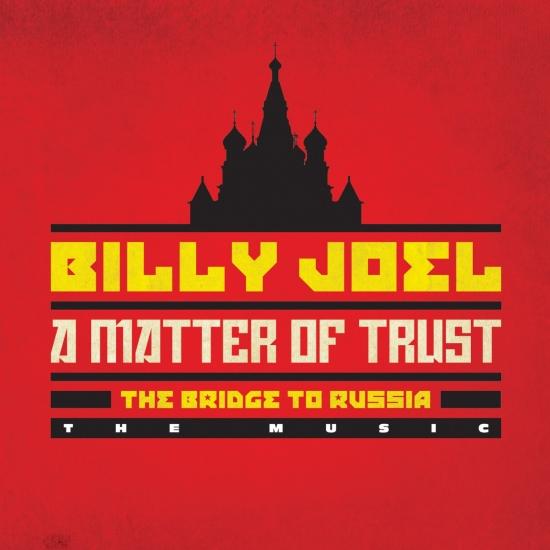 Info for A Matter of Trust - The Bridge to Russia: The Music (Live)

Billy Joel fans will have the opportunity to revisit the singer’s historic 1987 Russian tour on May 20th with the release of A Matter of Trust: The Bridge to Russia. The music of Billy Joel is a staple of American popular culture but, due to major political unrest, it was not until the late 1980s that his songs were heard in Russia. Billy Joel made the historic decision to be one of the first major artists to perform there in 1987.
Having sold more that 150 million albums worldwide, Billy Joel is one of America's most popular recording artists and respected entertainers. A MATTER OF TRUST–BRIDGE TO RUSSIA arrives during a surge of activity for the artist, who's nearing his 50th anniversary as a professional musician. His enduring song catalog was featured in a tribute episode of “Glee” last November before the unprecedented announcement, in December, that Madison Square Garden would be making Billy Joel the venue's “first music franchise,” giving New York audiences an opportunity to catch a local hero and American musical legend performing an ongoing artistic residency at the Garden.
On December 8, 2013, Billy Joel was awarded the Kennedy Center Honors, given to members of the performing arts community for lifetime contributions to American culture.
Throughout the 1970s and 1980s, Billy Joel was building a catalog of timeless songs while enjoying a string of consecutive hit albums and singles. Though selling out concerts around the world, Billy and his music were, like much of western pop culture and rock 'n' roll itself, unheard behind the Iron Curtain (except for black market bootlegs and faint shortwave radio).
By the late 80s, The Cold War between the USSR and the West had begun to thaw in the light of Russian head-of-state Mikhail Gorbachev's policies of Glasnost and Perestroika, designed to bring openness and transparency to the Soviet Union while promoting political reform and cross-cultural exchanges.
Billy Joel
Digitally remastered