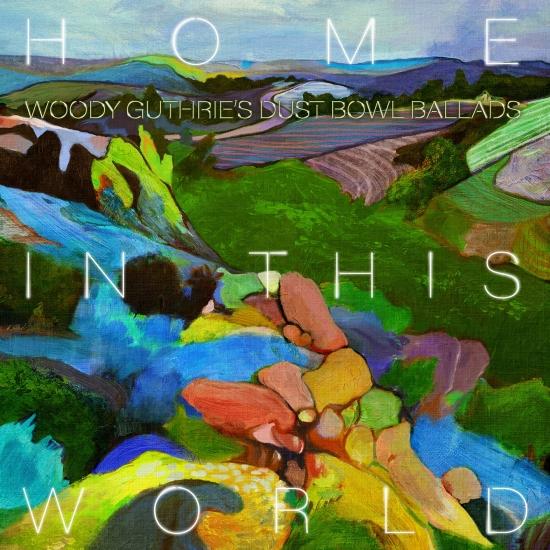 Info for Home In This World: Woody Guthrie’s Dustbowl Ballads

Home In This World: Woody Guthrie’s Dust Bowl Ballads is a reimagined version of American folk icon Woody Guthrie’s groundbreaking 1940 album, Dust Bowl Ballads. Curated by GRAMMY® Award-winning music supervisor and producer Randall Poster [Skyfall, The Wolf of Wall Street, The Grand Budapest Hotel, Boardwalk Empire], Home In This World arrives with the endorsement of the Woody Guthrie Estate.
Cited as one of the first concept albums ever, Dust Bowl Ballads’ 14 tracks ring true nearly four generations later as America faces a different kind of depression and looming climate crisis. Now celebrating its 81st anniversary, the record has been reimagined for a new era by a cross-genre collective of artists. Poster has assembled an all-star cast of everyone from GRAMMY® Award winners Lee Ann Womack and John Paul White to grunge poet laureate Mark Lanegan and rising country and Americana star Lillie Mae, acclaimed husband-and-wife folk duo Shovels & Rope, virtuosic mandolinist Chris Thile, celebrated Canadian cowboy Colter Wall, bluegrass phenomenon Watkins Family Hour, and indie stalwarts Waxahatchee.
Poster elaborated on the project, sharing, “Woody Guthrie’s ‘Dust Bowl Ballads’ is as relevant as ever. While profiteers exploit our natural resources, there is a growing sensitivity to the harsh farming practices that put our well-being at risk and a concerted movement toward regenerative agriculture that can reinvigorate the soil and push back on climate change. I asked some of my favorite artists to help render these songs, hoping that this collection will reinforce the enduring power and prescience of Guthrie’s music and reveal the power of song. I tried to think of these songs as the soundtrack to a movie, building a narrative, a story where the world wakes up to the climate threats and unite to combat it successfully. It’s a great movie.” Nora Guthrie, daughter of the folk icon and curator of the Woody Guthrie Center in Tulsa, Oklahoma, added enthusiastically, “WHAT A FEAST! Delicious... tasteful... spicy...& organic... all”
Sharing aligned missions, Home In This World will be released in partnership with Kiss The Ground, a 501(c)(3) nonprofit on a mission to awaken people to the possibilities of regenerative agriculture and inspire participation in this movement through media, communications, education, immersive programming, and advocacy.
Shovels & Rope
Lost Dog Street Band
Watkins Family Hour
John Paul White
Lee Ann Womack
Colter Wall
Waxahatchee
Chris Thile
Lillie Mae
The Felice Brothers
The Secret Sisters
Swamp Dogg
Mark Lanegan
Parker Millsap 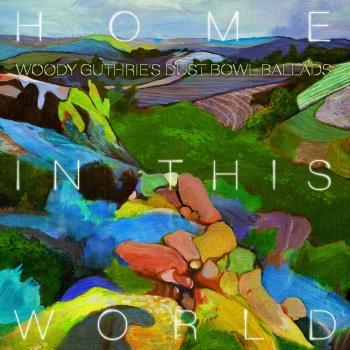 Various Artists - Home In This World