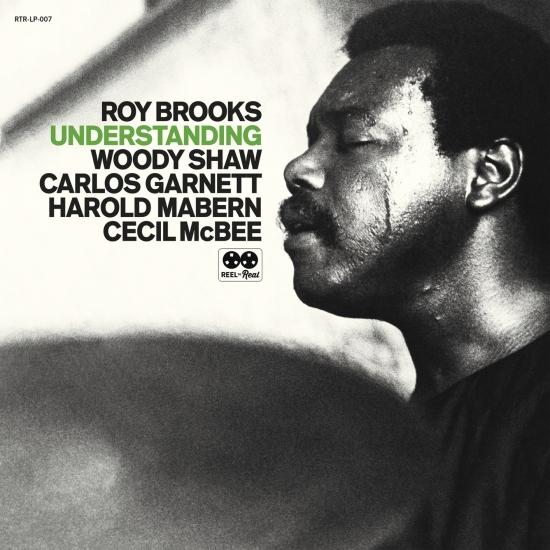 Understanding is a previously unreleased recording of drummer Roy Brooks captured live by the Left Bank Jazz Society at The Famous Ballroom in Baltimore, MD on November 1, 1970. Featuring a stellar band with trumpeter Woody Shaw, saxophonist Carlos Garnett, pianist Harold Mabern and bassist Cecil McBee, Understanding was recorded 5 months after the classic live album The Free Slave (also recorded by the Left Bank Jazz Society). This recording features a full performance by great musicians at their peak, providing a you are there experience of the excitement of great music and an appreciative crowd. Mastered from the original tape reels by Kevin Gray.
This project came about as a desire by Reel to Real Recordings to make a positive contribution to Black Lives Matter. Understanding is our celebration of the talent, courage and spirit of the Black musicians who created a timeless and universal art, with the recognition that the injustices of 50 years ago are still with us. All proceeds from album sales will go directly to The Detroit Sound Conservancy. Understanding is produced with the cooperation of Cecil McBee and Carlos Garnett and the estates of Roy Brooks, Harold Mabern and Woody Shaw.
In a statement included in the release, label co-founders Zev Feldman and Cory Weeds and partner Raymon Torchinsky say, “Inspired by Roy Brooks’ music and the message of the Black Lives Matter movement, we have produced Understanding as our celebration of the talent, courage, spirit and resilience of the Black musicians and musicians of color who created a timeless and universal art. We recognize and acknowledge that the injustices of fifty years ago are still with us; it is time for change.” The collection is the third archival treasure from Left Bank – which mounted live jazz shows in Baltimore from 1964 through the ‘90s – to be unearthed by Resonance Records co-president and noted “Jazz Detective” Feldman, who is partnered in Reel to Real with Vancouver based jazz impresario and saxophonist Weeds.
Last November, Reel to Real issued The George Coleman Quintet in Baltimore -- a widely praised collection drawn from a 1971 stand at the Famous Ballroom by the tenor saxophonist’s band -- as a Black Friday Record Store Day title.
Roy Brooks, drums
Carlos Garnett, tenor saxophone
Woody Shaw, trumpet
Harold Mabern, piano
Cecil McBee, double bass
Digitally remastered 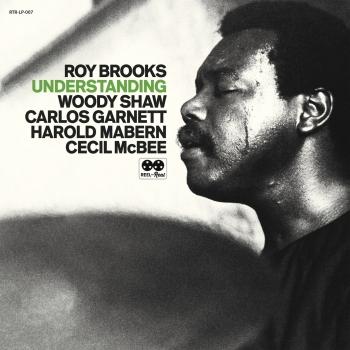 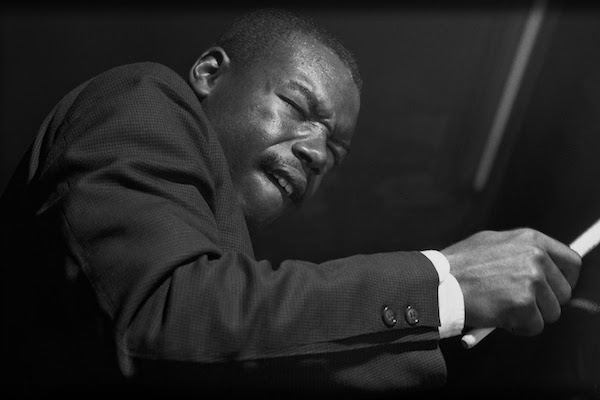 Roy Brooks
One of the premier drummer/percussionists to emerge from the hard bop generation, Detroit's Roy Brooks was a unique stylist, an inventor of musical instruments, and a composer. His iconic trap kit style wed the finesse, invention, and sophistication dictated by modern jazz to an unshakeable pulse that reflected his deep love of '50s R&B, making him a perfect fit for the Horace Silver Quintet between 1959 and 1964. Brooks' leader debut, Beat, appeared in 1964. He spent the '60s working with Chet Baker and Yusef Lateef, among others. In 1970 he founded Artistic Truth and joined Max Roach's pioneering percussion vehicle M'Boom. Brooks' classic album The Free Slave appeared in 1972, the same year he joined Charles Mingus' band. Artistic Truth issued Ethnic Expressions in 1973 and Black Survival: The Sahel Concert at Town Hall in 1974.
Brooks was born in Detroit on March 9, 1938. His earliest musical experiences came from his mother, who sang in church. He began playing drums in elementary school. Despite the fact that Brooks counted Art Blakey, Kenny Clarke, and Joe Jones as his influences, his first idol was then-local drummer Elvin Jones. As a teen, Brooks would often hang around outside the Motor City's famed jazz spot The Blue Bird Inn, where Jones would open the shades and windows to let the youngsters watch. At the time Detroit was home to an astonishing group of musicians. They included Yusef Lateef, Pepper Adams, Barry Harris, Kenny Burrell, Donald Byrd, Paul Chambers, Curtis Fuller, Tommy Flanagan, Louis Hayes, Joe Henderson, Ron Carter, as well as the three Jones brothers, Hank, Thad, and Elvin.
Though he was a varsity basketball star at Northwestern High School, Brooks also played in an after-school pick-up band that included alto saxophonist Charles McPherson, trumpeter Lonnie Hillyer, and future Motown Funk Brother James Jamerson on bass. They attended the daily workshops Harris held at his home. While still attending high school, Brooks worked with Sonny Stitt at the Blue Bird Inn and later played with tenor saxophonist Joe Henderson's quartet at the club. Brooks was awarded an athletic scholarship to the Detroit Institute of Technology but dropped out after only three semesters to pursue music. He joined reed master Yusef Lateef's band (which included Harris) on tour.
In 1959, Brooks' lifelong friend, drummer Louis Hayes and one of three Detroiters in pianist Horace Silver's quintet recommended Brooks as his replacement. The young drummer's taut, fiery, hard-swinging approach was a perfect fit on legendary dates that netted tunes including "Filthy McNasty," "Doin' the Thing," "Song for My Father," "Doodlin'," and "Señor Blues." Still with Silver, Brooks worked on dates by Blue Mitchell, Sonny Red, Stanley Turrentine, Shirley Scott, and others. In 1963, he cut his first headlining date, Beat, which saw release in 1964, the year he left Silver's employ.
Brooks emerged as a fixture on New York City's jazz scene. In August of 1965, he joined Chet Baker's group to record five albums of uncharacteristically physical hard bop in three day-long sessions. Issued by Prestige over the next couple of years, their titles were themed: Smokin' with the Chet Baker Quintet, Groovin' With ...' Comin' On With ...; Cool Burnin' With ...; and Boppin' with the Chet Baker Quintet.
In 1966, Brooks reunited with Lateef, who had left New York some years before, and worked him during his early Impulse! and Atlantic periods. During those years, the drummer also played with Sonny Stitt, Lee Morgan, Charles McPherson, Dexter Gordon, and Milt Jackson. In 1970, Brooks assembled a band of his generational peers including bassist Cecil McBee, trumpeter Woody Shaw, saxophonist George Coleman, and fellow Detroiter pianist Hugh Lawson to record the session that became 1972's The Free Slave on Muse. It is universally considered his masterpiece. That same year he founded Artistic Truth, a band with revolving personnel that included everyone from Eddie Jefferson and Hilton Ruiz to Marcus Belgrave and Sonny Fortune at various junctures; he also became a founding member of Max Roach's Afrocentric percussion ensemble M'Boom and joined James Moody's band. In 1972, Brooks joined Charles Mingus' road band. ... (Jason Ankeny, AMG)