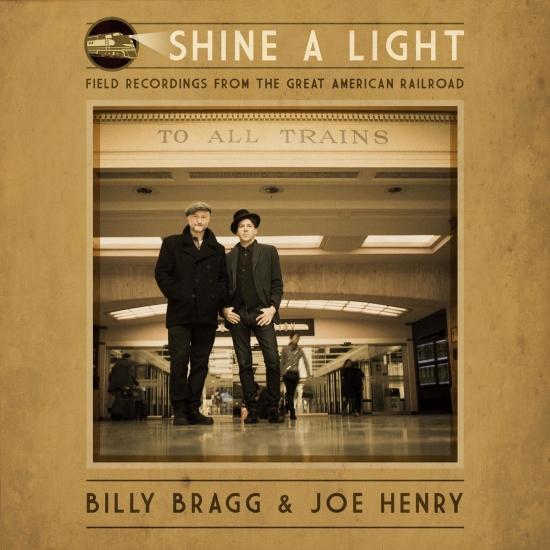 Info for Shine a Light: Field Recordings from the Great American Railroad

The first transcontinental railroad, the Union Pacific Railroad, constructed between 1863 and 1869, would forever change the way Americans traveled by linking the East and the West. People abandoned the idea of riding on rickety wagons or spending months on the sea for an opportunity to hop on a train and travel on an iron horse as far as California. The train became the most popular mode of transportation in the late 1800s for its time management, safety features, and cheap ticket prices. But within a century, the culture of train travel would be nearly lost to the automobile and the highway.
Enter musicians Billy Bragg and Joe Henry, who boarded a train at Union Station in Chicago in March 2016 headed for Los Angeles with their guitars and a desire to experience the American railroad and immerse themselves in the creative culture — especially the music — it has inspired. For four days and 2,728 miles, they traveled by train, jumping on The Texas Eagle and the Sunset Limited, singing and recording in compartments, on platforms, and in stations. Stopping everywhere from St. Louis and San Antonio to El Paso, Texas, and Tucson, Arizona, they made their field recordings with vocals and guitars only as the train picked up passengers. The trip yielded the recently released album Shine a Light: Field Recordings From the Great American Railroad, a concert tour, and an almost immediate No. 1 spot on the U.K. Americana charts.
Songs from the journey dip back into a beloved music catalog of old railroad-inspired songs that together chronicle the country’s railway age. Bragg, who is English, and Henry, who is American, team up on some great old favorites from artists including Woody Guthrie and Glen Campbell. Among the album’s 13 songs are “Rock Island Line,” “The Midnight Special,” “Lonesome Whistle,” “Gentle on My Mind” (written by John Hartford), “Hobo’s Lullaby,” “John Henry,” and the Jimmie Rodgers classic “Waiting for a Train."
Billy Bragg, acoustic guitar, electric guitar, vocals
Joe Henry, acoustic guitar, electric guitar, harmonica, vocals
Produced by Billy Bragg, Joe Henry 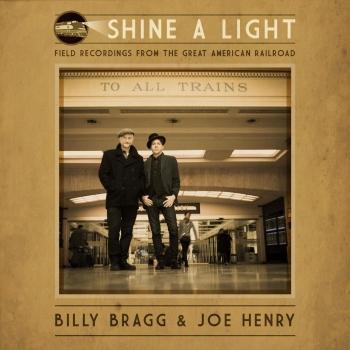 Shine a Light: Field Recordings from the Great American Railroad 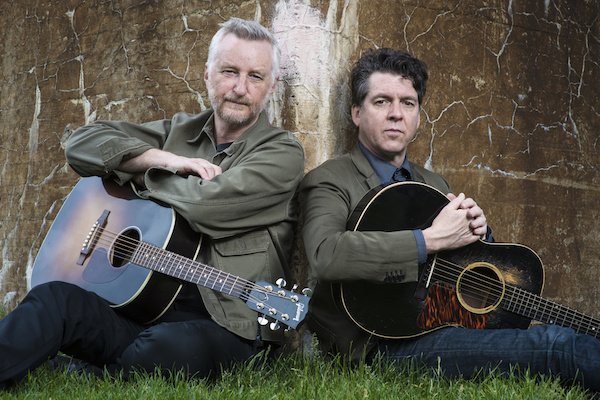