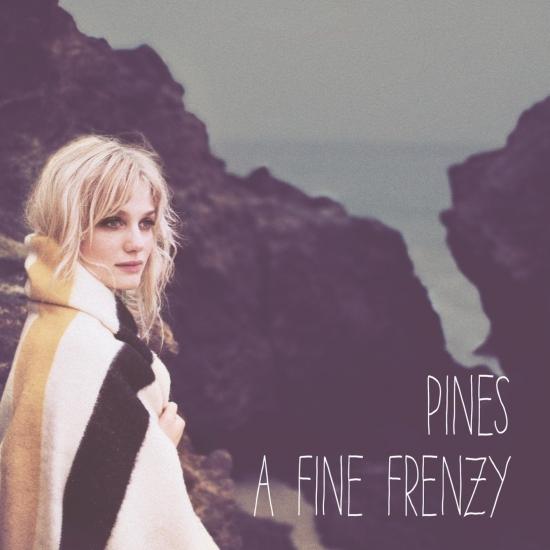 The third full-length from A Fine Frenzy, PINES will be released in October. This imaginative fable about a pining tree who is given the unheard-of chance (for a conifer) to make a life of her own choosing was crafted by Sudol in response to our accelerating pace of life in the 21st century. Drawing inspiration from the redwood forests and dramatic landscapes of Northern California and Washington's Cascade Mountains, the thirteen new original songs survey a sonic landscape as vast and deep as the woods, their namesake.
A sensory experience of music, storytelling and emotion, the adventure of PINES is further realized in a companion book and short film. The animated film PINES integrates hand-cut sets, puppets, stop motion, physical effects, and layered glass to augment the depth and texture of the film. The book is a collaboration with illustrator Jen Lobo, whose aesthetic Sudol chose for her blend of "scientific precision and whimsical beauty."
Since A Fine Frenzy's (the musical identity of Alison Sudol) 2007 debut One Cell In The Sea, which spawned the hit "Almost Lover," Sudol has proven herself a consummate, imaginative storyteller. Produced by Keefus Green (Everlast, Cassandra Wilson, Joe Henry, Benji Hughes), and recorded at the legendary Capitol Studios, PINES rekindles Sudol's childlike sense of wonder after her 2009 electro-pop outing Bomb In A Birdcage.
"Alison Sudol's third outing under the moniker A Fine Frenzy couldn’t be more different (thematically) from 2009's often pained and introverted Bomb in a Birdcage. While the natural world has always served as a backdrop for her hypnotic blend of folk, art rock, and indie pop, it's never been given the whole stage with which to strut and fret its hour, but the appropriately titled Pines changes all that, offering up 13 meditations on biology and topography that stem from the artist's concerns about the speed of life in the 21st century. Inspired by a sojourn to the redwoods and Washington's Cascade mountains, Pines, which is accompanied by a companion e-book and short animated film, follows the story of a tree that's been given the gift of free will. Such a fanciful idea would veer dangerously close to twee in lesser hands, but Sudol's expressive voice (both sonically and lyrically) and her tasteful and innovative arrangements help to steer the narrative into more abstract realms than one would assume upon simply reading the press release. Like her closest contemporaries Lisa Hannigan, Faun Fables, and to a lesser extent Joanna Newsom and Florence Welch, Sudol is a masterful architect of atmosphere, and songs like "Winds of Wander," with its breezy, Laurel Canyon-meets-Kurt Weill gait, the defiant and vaguely sinister "They Can't If You Don't Let Them," and the impossibly pretty and engaging folk-pop gem "Avalanches (Culla's Song)" all benefit from her ability to balance musicality with austerity, and like the rivers she draws much of her inspiration from, blissfully follow a course to the ocean of their own design." (James Christopher Monger, AMG)
Produced by Keefus Green 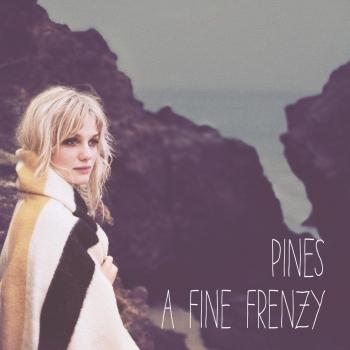 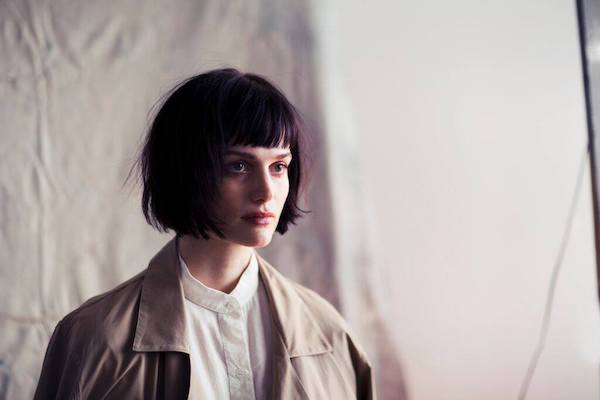 Alison Loren Sudol
(born December 23, 1984) is an American singer, songwriter, actress, and writer. She is known as the singer A Fine Frenzy, and also for her role as Queenie Goldstein in the Fantastic Beasts film series.
Alison Sudol was born in Seattle, Washington, to two dramatic arts teachers, Sondra (Fraser) West-Moore and acting coach John Sudol. Sudol and both parents moved to Los Angeles after their divorce, when she was five years old. Sudol grew up listening to a wide range of music, including Aretha Franklin, Ella Fitzgerald, and swing. She cites Bob Dylan, Johnny Cash, and Simon and Garfunkel as some of her biggest musical influences.