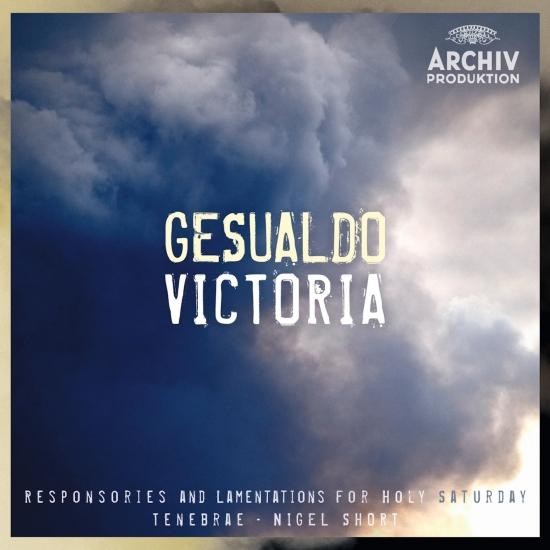 Info for Gesualdo / Victoria - Responsories And Lamentations For Holy Saturday

2013 marks the 400th anniversary of Gesualdo’s death. One of the most visionary composers of his time, he wrote the Tenebrae Responsories for Easter Week, and his anniversary year offers the opportunity to further explore his music, and his fascinating story, with fresh eyes and ears.
The works for Holy Saturday, featured here, remain a cornerstone of his extraordinary oeuvre.
A game-changing, risk-taking approach to composition, combined with a tortured personal life, makes Gesualdo one of the most fascinating composers in history.
The companion work to the Responsories is a set of Lamentations by Tomás Luis de Victoria, a contemporary of Gesualdo.
Tenebrae is widely considered to be one of the finest choirs in the world, having garnered praise for their numerous award-winning recordings. Most recently, they won the BBC Music Magazine 2012 Award for “Best Choral Group”
'There have been several fine recordings of these items... but this one excels, partly because it gets exactly right the balance between the mannered, madrigalesque features of the music and the eerie drama and morbidity of the religious story... Nigel Short's superb musical sensitivity to phrasing and texture illuminates everything... the endless dovetailing of the musical lines, all within an overall architectural vision, is exquisitely sustained... all in reverberant yet clear acoustics.' (Anthony Pryer, BBC Music Magazine)
'Here Tenebrae (the choir) sings Tenebrae (the pre-Easter office) with a thorough understanding of this music's expressive potential, subtly inflected with its touches of drama. The performance is of a rapt concentration and intensity that underline the music's contemplative emotional power.' (Geoffrey Norris, The Daily Telegraph)
Tenebrae Choir
Nigel Short, conductor
Recording: London, Parish Church of St. Alban the Martyr, Holborn, 9/2012
Executive Producer: Renaud Loranger
Producer: Nick Parker
Recording Engineer (Tonmeister): Andrew Mellor
Assistant Engineer: George Pierson
Project Coordinator: Anna-Lena Rodewald
Recorded and mastered by Floating Earth
Award: BBC Music Magazine 2012 Award for “Best Choral Group”

Booklet for Gesualdo / Victoria - Responsories And Lamentations For Holy Saturday