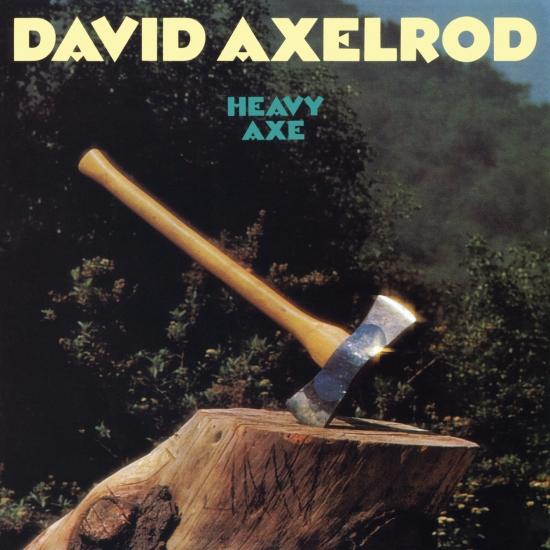 HiRes remastered issue of David Axelrod's 1974 album for Fantasy. The first "non-concept" album from this studio master, featuring some lush, over-the-top covers (Stevie Wonder's "Don't You Worry 'Bout A Thing," Carly Simon's "You're So Vain") and about a couple dozen guest musicians, including Julian "Cannonball Adderley (alto sax), George Duke (ARP synth) and Gene Ammons (tenor sax).
HEAVY AXE is one of the handful of Axelrod albums that form the holy grail for collectors of his work. In many ways it is his most complete and finest work. Everything Counts is classic Axelrod with its big strings and classical motifs on top of a funky backbeat, while Mucho Chupar is a crackling slice of funk that stares down the faint hearted. For a change of pace there is one of the finest versions of You're So Vain that you are likely to hear as Stephanie Spruill's vocals entwine enticingly around Axelrod's arrangements.
"Axelrod's reputation underwent an extraordinary reassessment in the late '90s, with his instrumental albums and work as an arranger coming to be considered innovative and au courant by some tastemakers. Even taking into account that this is just one of many records bearing the Axelrod imprint, one has to wonder if the rehabilitation is in fact unwarranted inflation. This is run-of-the-mill, largely instrumental soul-jazz-funk, split between Axelrod originals and covers of tunes by Stevie Wonder, Carly Simon, Vince Guaraldi, and Cannonball Adderley. It would be eminently suitable for background soundtrack music for 1970s films and made for TV movies, and while some such efforts can be good, in this context, that is not meant as praise. Do you really want to hear a watery fusion cover of "You're So Vain," with Stephanie Spruill's straining soul vocals? You're welcome to it. Although about a couple dozen musicians (including Adderley and Gene Ammons) take part in the string- and horn-drenched arrangements, really these aren't that creative. They sound more like quickly assembled, made-to-order filler music for video productions, the horns sometimes sounding rather like those of school marching bands, with touches of early-'70s-style electric keyboards and wah-wahing funk-rock guitars. There's an orgiastic wordless female vocal on "Mucho Chupar," if that's what you like. The entire album is contained on the Fantasy CD reissue The Axelrod Chronicles, which adds eight tracks from 1973-1974 that Axelrod produced and/or arranged on albums by Gene Ammons, Nat Adderley, Hampton Hawes, and Funk, Inc." (Richie Unterberger, AMG)
Billie Barnum, vocals
Gwen Owens, vocals
Olga James, vocals
Stephanie Spruill, vocals
King Errisson, congas
Roy McCurdy, drums
Billy Fender, guitar
Don Peake, guitar
Johnny Guitar Watson, guitar
George Duke, keyboards, synthesizer
Jackie Kelso, saxophone, flute
Jay Migliori, saxophone, flute
William Green, saxophone, flute
Rudy Copeland, synthesizer, Moog
Dick Hyde, trombone
George Bohanon, trombone
Allen De Rienzo, trumpet
Snookey Young, trumpet
Oscar Brashear, trumpet
Gary Nuttycombe, viola
William Hymanson, viola
Alexander Neiman, violin
Henry Roth, violin
Jerome Reisler, violin
Nat Gershman, cello
Walter Rower, cello
Jack Shulman, concertmaster, violin
David Axelrod, conductor
Digitally remastered 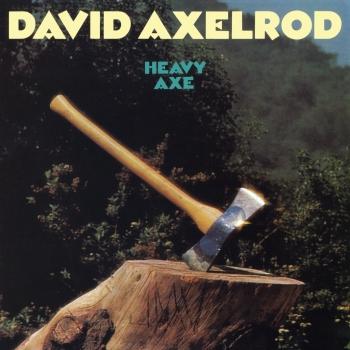