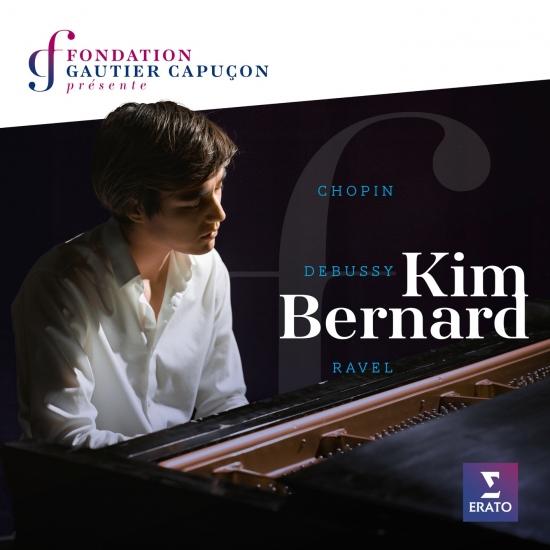 A lyrical turn, a sensitive touch, a magical introduction to Kim Bernard at the start of Chopin’s F-minor Ballade (Opus 52), a spontaneous reading of the whole, expressive, with a temperament to match the volatility of the music, then gently calmed by the Opus 57 Berceuse, its intricacies illuminated (aided by a close and clear recording, pristine studio sessions from January this year), and then we are transported by the great Opus 60 Barcarolle, which for all the piano’s forward placing doesn’t disguise that Bernard is responsive to pianissimos. His trills are impressive, too, as the start of Debussy’s L’Isle joyeuse shows, leading off a vibrant reading, which is just a bit clattering, too, as recorded, although the lack of impressionism in Book I of Images may well have pleased the composer, not a term he recognised, and if the set’s three pieces prove too explicit, Bernard’s is still good-to-listen-to playing, particularly the deftness needed for ‘Mouvement’. Ravel’s Baroque-leaning Le Tombeau de Couperin closes Bernard’s recital, its six movements (Ravel orchestrated four) nicely flexible and poised, with a crispness worthy of Couperin’s harpsichord and a compassion that honours Ravel’s friends lost in World War One, especially in V, the ‘Menuet’. The ‘Toccata’ is a scintillating finish.
Kim Bernard, piano 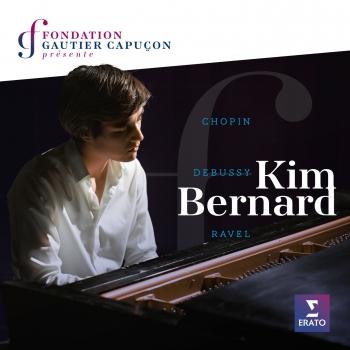 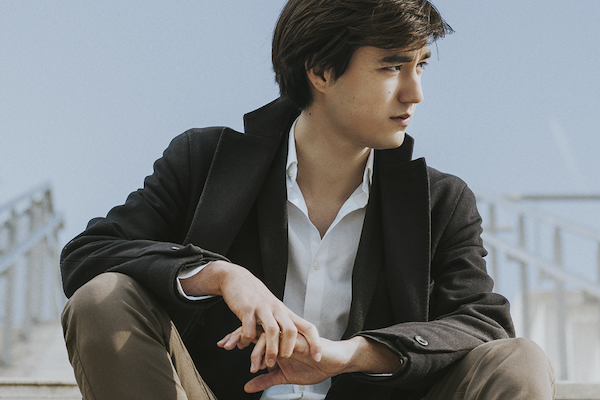 Kim Bernard
Born in Hyères (Var) in 1999, Kim Bernard studied piano from the age of 5 with Michelle Mary. In early 2008, he met Bernard d'Ascoli and Eleanor Hrris and became a student of Piano Cantabile. The same year, he joined the CRR of Toulon in the third cycle in the class of Célimène Daudet. In June 2011, at just 12 years old, he obtained his DEM in piano with unanimous approval and congratulations from the jury.
In March 2012, he won the first prize at the Montrond-les-Bains International Competition in the under 17 category. Two months later, he won the Young Talent Prize at the International Competition of Île-de-France, and in August he won the first prize at the National Competition of the Nuits Pianistiques of Aix-en-Provence, against competitors twice his age. In May 2015, he won the Kurtàg Prize at the Brin d'herbe International Competition in Orléans.
In the autumn of 2013, at the age of 14, he was admitted with exemption to the entrance exam of the Conservatoire National Supérieur de Musique et de Danse de Lyon, in the class of Florent Boffard. In June 2016, he obtained his Bachelor's degree and in 2018 his Master II with Laurent Cabasso. In November 2018, he started a concert cycle at the CRR in Paris with Jérôme Granjon and was a finalist in the Cziffra Competition, where he won 3rd prize ex-aequo.
Pianist Kim Bernard was participating in international competitions even before he was 12. Recently, he caught the attention of the famous cellist Gautier Capuçon, who selected him as the very first winner in his brand new foundation for young musicians. Besides being a pianist with unequalled talent, Kim Bernard is also particularly good at improvisation, inspired by his great jazz heroes, such as Oscar Peterson, Erroll Garner and Charles Mingus. In Bozar, the young Frenchman performs work by his other great musical hero, Johann Sebastian Bach, and explores the musical traditions from his fatherland with important works from Debussy and Ravel.