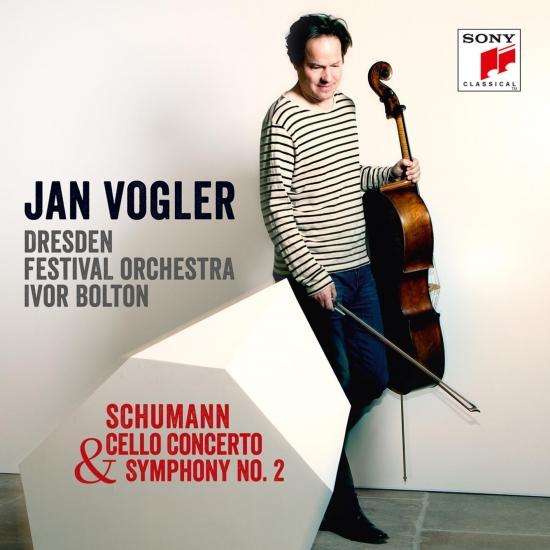 German cellist, Jan Vogler presents his 2nd recording of Schumann's Cello Concerto (1st recording on Edel, 2001) but this time with his own orchestra, the Dresden Festival Orchestra, (alongside Ivor Bolton), that consists of more than 50 members from Europe's most renowned early music ensembles. Exploring Schumann's 'original sound', Jan Vogler plays on gut strings and the orchestra on period instruments. In addition to the cello concerto, the orchestra is playing Schumann's 2nd symphony. The repertoire connects the Dresden Music Festival and its orchestra to the productive Dresden period of Schumann's work (1844-50) since both works were composed during that time. The second Symphony was written between December 1845 and October 1846 in Dresden, the cello concerto immediately after he had left the city.
Jan Vogler, cello
Dresden Festival Orchestra
Ivor Bolton, conductor 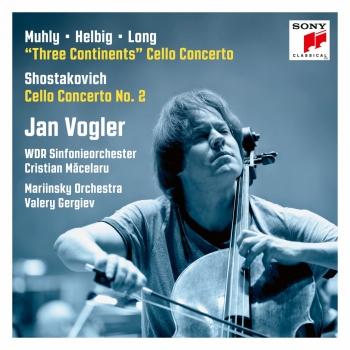 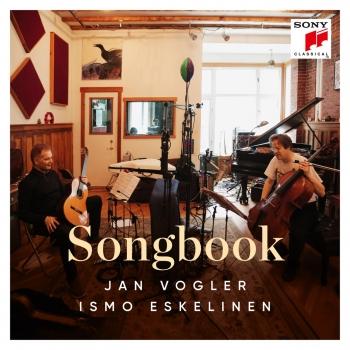 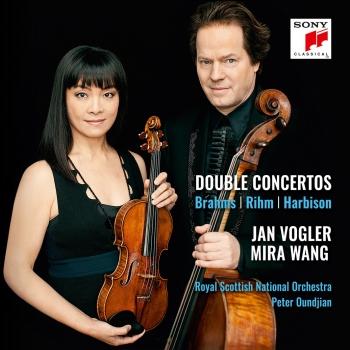 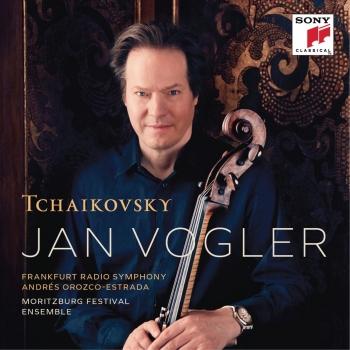 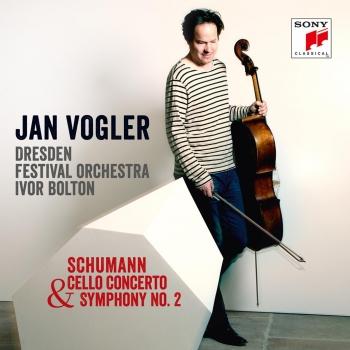 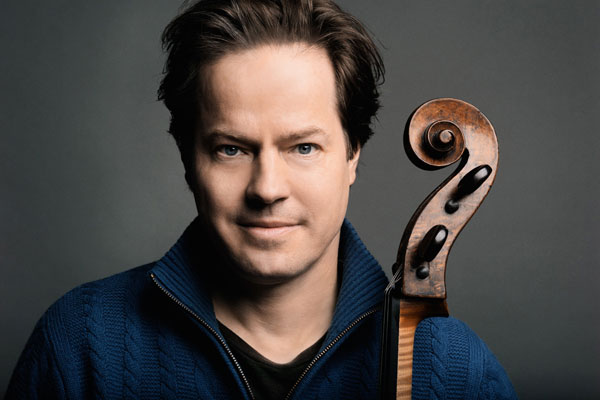 Jan Vogler
distinguished career has seen him perform with renowned conductors and internationally acclaimed orchestras around the world. His strong classical foundation has allowed him to push the boundaries of his sound, creating an ongoing dialogue with contemporary composers and performers. He regularly premieres new works, most recently compositions by celebrated composers Tigran Mansurian (with WDR Sinfonieorchester conducted by Semyon Bychkov), John Harbison (with Mira Wang, the Boston Symphony Orchestra), Udo Zimmermann (Bavarian Radio Orchestra) and Wolfgang Rim (Duo Concerto with Mira Wang). A prolific and multi-award-winning recording artist, Jan records exclusively for SONY Classical. His newest release is Tchaikovsky Rococo Variations, Serenade melancholique and Meditation with the HR-Sinfonieorchester, conducted by Andrés Orozco-Estrada. Other recent CD’s include Concerti a Venezia with La Folia Baroque Orchestra, the Schumann album “Dichterliebe” with Hélène Grimaud, and his critically acclaimed and award-winning recording of Bach’s Six Suites for Unaccompanied Cello (2012).
Highlights of the 2015-2016 season include the world premiere of Wolfgang Rihm’s Duo Concerto with Mira Wang and the Orpheus Chamber Orchestra, concert appearances with the Boston Symphony conducted by Andris Nelsons, the Montreal Symphony Orchestra led by Alain Altinoglu, the Dresden Philharmonic with Juanjo Mena, the Singapore Symphony, Leipzig Radio Orchestra led by Kristjan Järvi, the Mozarteum Orchestra Salzburg with Ivor Bolton and the Dresden Festival Orchestra, also with Ivor Bolton. As well Jan undertakes a German recital tour in January 2016 with pianist and frequent collaborator Martin Stadtfeld. Jan Vogler has been Artistic Director of the Moritzburg Festival near Dresden since 2001, and Intendant of the Dresden Music Festival since October 2008. In 2006, he received the European Award for Culture and in 2011 the Erich-Kästner Award for tolerance, humanity and international understanding. For his recording of Bach’s six Suites for cello solo he was awarded the ECHO Klassik 2014 award in the category “Instrumentalist of the Year (cello)”.
Jan Vogler plays the Stradivari 'Ex Castelbarco/Fau' 1707 cello and shares his time between New York City, where he lives with his wife and two daughters, and Dresden, Germany.