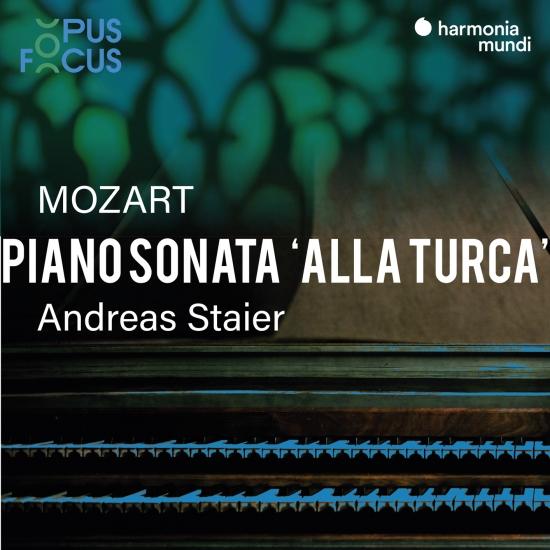 The opening movement of Mozart’s Piano Sonata K.331 is a theme and variations, a novel approach for a Viennese composer of the time. The work’s finale – the famous rondo ‘alla turca’ – which echoes the sound of Turkish Janissary bands (an idiom the composer also mined for his operatic Singspiel The Abduction from the Seraglio), is so stylized as to border on parody. Andreas Staier, performing on a fortepiano, delivers an exceptional reading full of poetry coupled with a good deal of fun in his choice of interpretative ideas.
"Imagine a musical whodunit where the solution is Andreas Staier on the fortepiano with pedal and his own ornamentation. The mystery is what is an excellent performance of some of Mozart's keyboard sonatas? Staier has exceptional musical judgment, which makes these sonatas graceful, but not too refined or elegant, and he also creates an outstanding balance between the serious and the lighthearted in their character. The three sonatas here are the ones believed to have been composed by Mozart in 1783 while visiting his family in Salzburg. The fortepiano greatly benefits the first one, K. 330 in C major, particularly in the final movement. Staier easily balances the two hands, whereas on a modern piano there is a tendency to give the left hand too much weight, making it louder than necessary. The use of pedal in the Trio of the second sonata's Menuet provides a great contrast to the Menuet proper. He gives the third sonata, another one that is prone to heaviness and sobriety, buoyancy and energy without being too theatrical. What really sticks out on this recording, and could be controversial depending on how you define "period performance," is the Rondo alla Turca. Because of the movement's ubiquity, Staier chose to change the ornamentation and even the lines of the music so that it is quite different from Mozart's original, but is in keeping with Mozart's compositional style. In other words, he improvised a new twist on a classic, as Mozart was known to have done. It has a wonderfully fresh, exciting sound to it, not just because it is unexpected, but also because Staier does things that Mozart didn't usually do in his sonatas, such as moving the entire melody to the bass line with sprightly punctuations in the right hand or creating counter-melodies that almost relegate the theme to an accompaniment. Mozart's sonatas are hard to play because of the innumerable interpretation decisions to be made. Staier's choices give these sonatas a naturalness in their sound and character that makes them a treat to hear." (Patsy Morita, AMG)
Andreas Staier, fortepiano 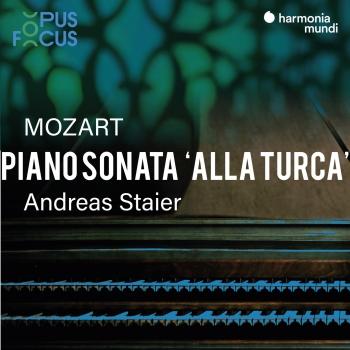 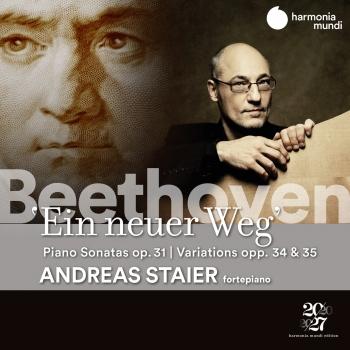 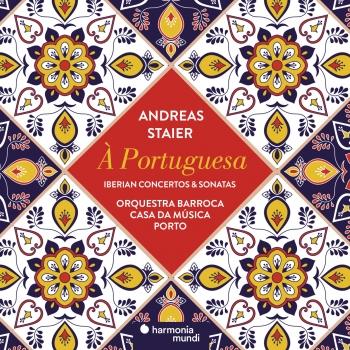 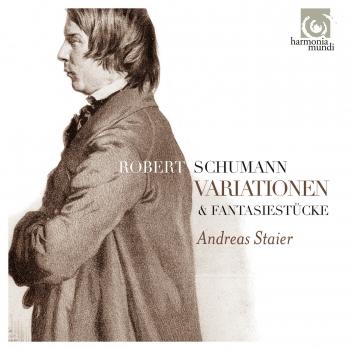 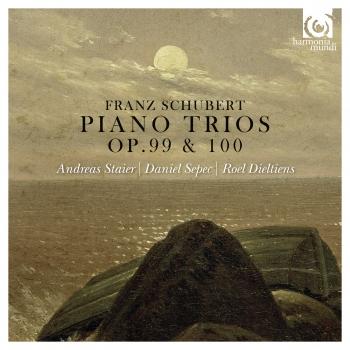 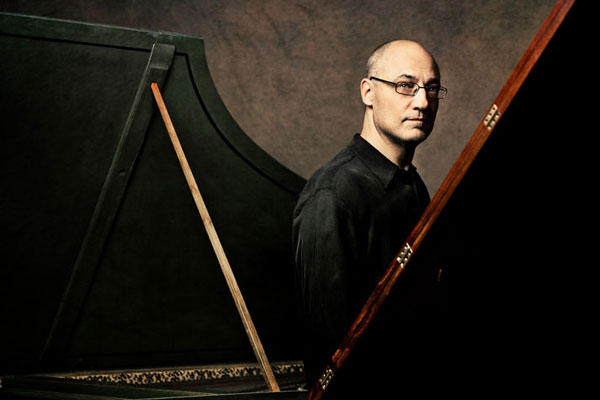