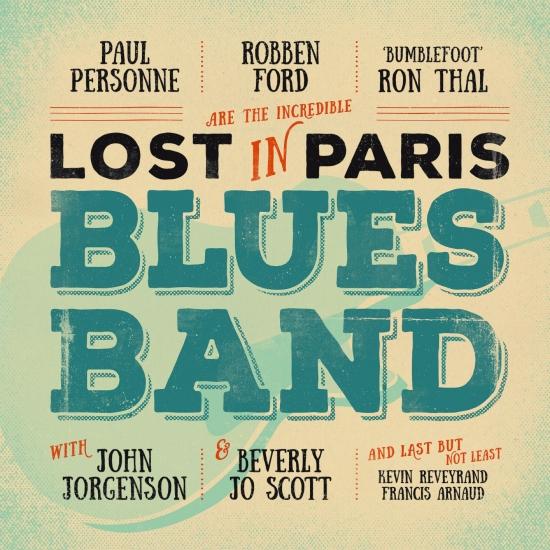 This wonderful blues album is the result of a spontaneous, three-day jam session of exceptional artists who were randomly at the same time in Paris. The musicians involved, who never met each other before in person, belong to the best of the best in their musical genre and harmony as Lost in Paris Blues Band amazingly well. Paul Personne, France's most famous blues artist, had the idea for this extraordinary session at the Ferber Studios in Paris. The album features 13 carefully selected and knotless recorded cover versions of well-known blues, folk and rock classics.
The musicians: Robben Ford, the brilliant blues, jazz and fusion guitarist, is considered a living blues legend. The five-time Grammy award nominee achieved worldwide fame for both, being a solo artist and for his collaborations with e.g. Chick Corea, B. B. King, Miles Davis, Joni Mitchell, George Harrison and Bob Dylan. Second guitarist in this illustrious group of musicians is Ron "Bumblefoot" Thal, longtime guitarist of Guns N' Roses, who is well-know for his progressive and virtuoso music as well as for his extraordinary guitars. Paul Personne, has been in the business for more than 30 years. He is not only celebrating success as a solo artist but also as a guitarist for e.g. Johnny Hallyday. Finally, we also hear John Jorgensen, multi-instrumentalist, world-class musician and Grammy award winner, who once founded the Desert Rose Band together with Chris Hillman. Nowadays and in addition to his solo work his musical expertise is highly demanded by artist like Elton John, Bonnie Raitt and Bob Dylan (to name a few).
Beverly Jo Scott is the female voice on the album; the US-born singer-songwriter is living in Belgium and since 2011 one of the judges at the tv show "The Voice of Belgium".
The rhythm section consists of bassist Kevin Reveyrand and drummer Francis Arnaud, both experienced and sought-after session and live musicians from France (amongst others on tour with Christopher Cross on).
„The Lost in Paris Blues Band’ is the unbelievable encounter of open-minded and free-minded musicians able to gather in a legendary studio in Paris for this fun and unexpected session. I spent three sunny days of blues, good times and friendship. Life can provide some beautiful surprises.“ (Paul Personne)
„This opportunity to record in Paris with these great musicians was a very welcome bonus to my time in France last year. Paul Personne is a great blues artist and this is a special record.“ (Robben Ford) 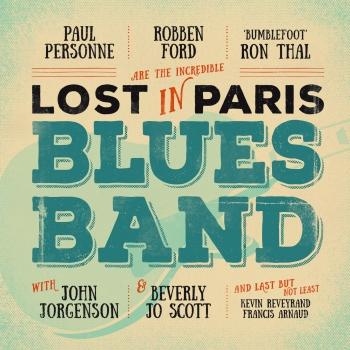