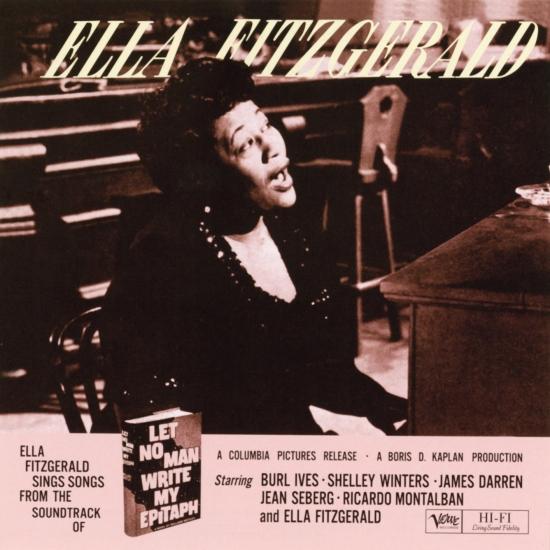 Info for Let No Man Write My Epitaph (Remastered)

Considered one of Ella's greatest recordings, she's backed on this 1960 release by pianist Paul Smith. Let No Man Write My Epitaph was a 1960 Hollywood movie featuring Fitzgerald. The album hits at a depth of emotional understanding that critics often complained was missing in Ella's reading of jazz lyrics, and once again establishes her as one of the supreme interpreters of the Great American Songbook.
'...these are all truly classic Verve titles that you simply don't want to miss...most importantly, the sound of these reissues is nothing short of astounding. Particularly the early Billie and Ella mono records are incredible treasures of sonic beauty. I'd definitely ask Santa for the whole set, or, if you want to cherry pick, the most classic titles. Whatever you decide, you owe yourself at least a half dozen!' (Danny Kaey, Positive Feedback)
Ella Fitzgerald, vocals
Paul Smith, piano
Digitally remastered.