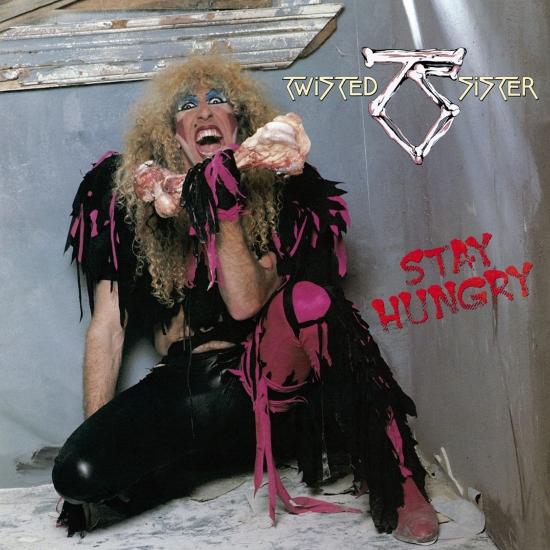 Motley Crue may have been the glam metal kings of the '80s. But, for a while at least, Twisted Sister gave them heated competition. While the Crue and their L.A. cohorts (Ratt, Dokken, etc.) were dead-serious in their approach, Twisted Sister's music and videos always contained an element of humor-something most bands of the era sorely lacked. 1984's Stay Hungry was Twisted Sister's double-platinum breakthrough, its popularity spurred by the imaginative (and hilarious) videos for the hits 'We're Not Gonna Take It' and 'I Wanna Rock.'
The Long Island-based Twisted Sister built a solid following, gigging constantly since the early '70s and riding on the strength of such albums as „Under The Blade“ and „You Can‘t Stop Rock n‘ Roll“. All of which set the band up for „Stay Hungry“. Singer Dee Snider proved to quite an intimidating figure, bedecked in garish make-up and transvestite gear, and his outspoken personality carried Twisted Sister's songs and stage-show. Stay Hungry proved to be the band's finest hour, containing such tracks as 'Burn In Hell,' 'The Price,' 'S.M.F.,' 'Horror-Teria,' and 'Stay Hungry' itself. Unfortunately, Twisted Sister was unable to sustain such success, and the band broke up only a few years later.
„After nearly a decade trying to make it to 'The Show,' Twisted Sister were finally up to bat. Their first album was a wild swing, their second had flown just barely foul, but with their third -- the unstoppable Stay Hungry -- the New York veterans finally hit one out of the park. And few bands were as deserving. Having paid their dues on the tough as nails N.Y.C. club scene (half of the band looked like the Ramones, the other half like the Dictators, and Dee Snider looked like, well, Dee Snider), Twisted Sister had finally worn down the opposition and truly arrived. With their comedic videos and bubblegum undertones, hit singles 'We're Not Gonna Take It' and 'I Wanna Rock' helped the band bridge the 'beauty gap' into MTV acceptance, and a competent power ballad in 'The Price' would cement their consumer-friendly status. But it was the irrefutable menace of tracks like 'The Beast,' 'S.M.F.,' and the massive 'Burn in Hell' that connected with their loyal fans and displayed Twisted Sister's true power. Equally grim, 'Captain Howdy' and 'Street Justice' -- the two songs comprising the 'Horror-teria' suite (later the basis for Snider's ill-fated movie project Strangeland) -- are a cross between Alice Cooper and its stated source of influence, Stephen King. And don't forget the all-out metal ambition of the title track. Ironically, the album's very mainstream appeal would alienate their core heavy metal fan base and spell the band's overexposure-induced fall from grace, but for this brief moment, Twisted Sister were truly the 'talk of the town, top of the heap.“ (Eduardo Rivadavia, AMG)
Dee Snider, vocals
Eddie 'Fingers' Ojeda, guitars, backing vocals
Jay Jay French, guitars, backing vocals
Mark 'The Animal' Mendoza, bass, backing growls
A. J. Pero, drums, percussion
Engineered by Geoff Workman, Gary McGachan (Cherokee Studios), John 'Red' Agnello (Record Plant) & Greg Laney (Westlake Studio)
Produced by Tom Werman
Digitally remastered
Please Note: we do not offer the 192 kHz version of this album, because there is no audible difference to the 96 kHz version! 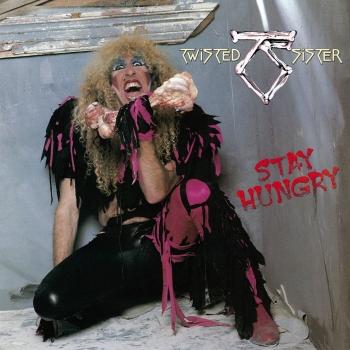