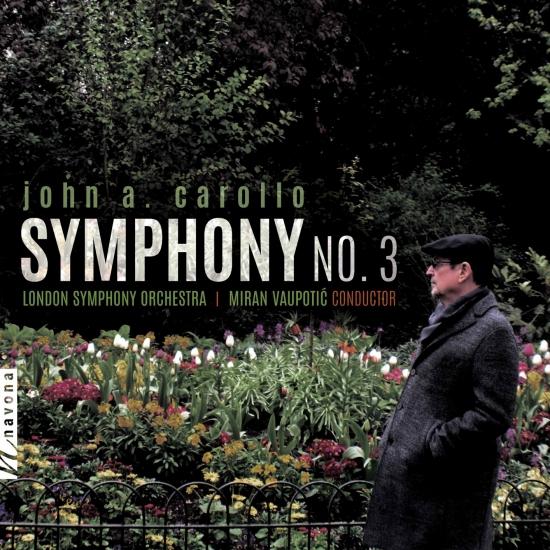 Info for John A. Carollo: Symphony No. 3

Quite surprisingly, Symphony No. 3 had humble beginnings. Back in the late 2000s, composer John A. Carollo connected on MySpace (!) with English soprano Sharon Selman, who was deeply involved in the preservation of trees and forests. She suggested that Carollo use the poetry of William Blake as a starting point to create a piece about nature. Carollo didn't think twice; and a song cycle named Awake Humanity to Nature’s Beauty! was composed, then reworked, resulting in two different instrumentations.
Fast forward a decade to the year 2017, and Carollo, then living on the Big Island of Hawaii, found himself transcribing the song cycle and fashioning it into a symphony, which became the telling of a love story. The composer attributes the lyrical nature of the resulting work to the beauty of the Hawaiian scenery.
Perhaps the most striking feature of this symphony is found in the occasional appearance of a wordless soprano, which is used to accentuate certain key phrases. Contrary to the tradition of classical composition, Carollo chooses not to have the vocalist take center stage, and instead treats the voice as simply another instrument in the orchestra. The results are often surprising; Richard Strauss, who considered the human voice the most important instrument of all ("...but also the most difficult to play"), would certainly have approved, not just of the technique, but also of its execution.
Symphony No. 3 is another large-scale addition to John A. Carollo's catalog, and no doubt one that will find many ardent admirers, both in his long-standing audience as well as those yet unfamiliar with his works.
London Symphony Orchestra
Miran Vaupotić, conductor 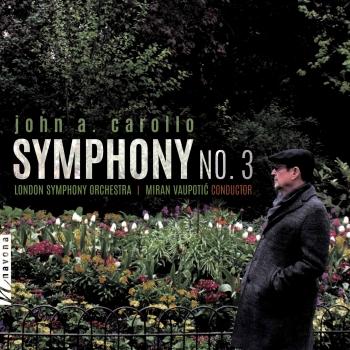 John A. Carollo: Symphony No. 3