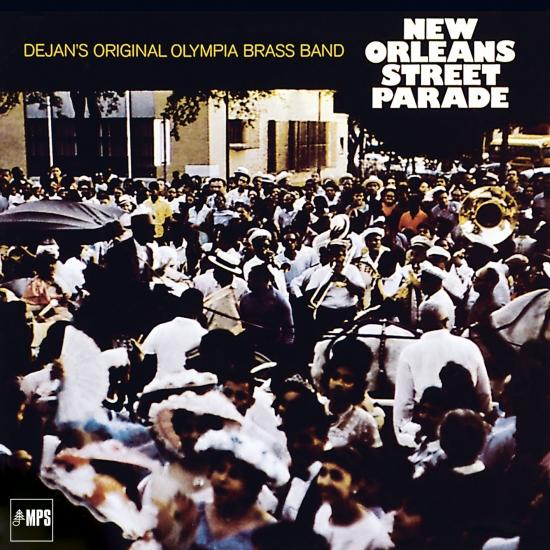 The New Orleans brass band continuum stretches from the 19th century through to the present in a tradition passed on from father to son through the generations. Hired to accompany funerals, ceremonies, and street festivals, the music these bands played “just touch your heart, they were so beautiful”, reminisced Louis Armstrong. From the early 1900’s on, bands led by such legends as Freddy Keppard and the great Joe ’King’ Oliver employed the moniker ‘Olympia’ in their band name. Oliver’s drummer Arnold du Pass set up the Olympia Serenaders, a band saxophonist Harold Dejan played with in the 20’s. Dejan studied under Albert Nicholas, and plied the Mississippi with one of the great riverboat orchestras, the Original Tuxedo Orchestra. From 1960 on he led what was considered New Orleans’ top marching band, the Original Olympia Brass Band, thus heralding in a brass band renaissance. Featuring some of the Crescent City’s top players, the band is augmented by several dedicated English and German players who journeyed to the the Big Easy at one time or another to experience the joy of playing with some of the music’s greats. This album has all the ‘live’ exuberance of a N.O. street parade and features a cross-section of classic brass band repertoire – the religious hymn Glory Land the upbeat the funeral dirges, Leave Me Lord Me and In the Upper Garden, the folksy Lilly of the Valley and the up-beat jazzy pieces We Shall Walk Through the Streets, Take Your Burden to the Lord, Shake It and Break It and Olympia Special. A classic of the genre.
Harold Dejan, saxophone
Andrew Jefferson, snare drum
Trevor Richard, snare drum
Emmanuel Paul, tenor saxophone
Frank R. Naundorf, trombone
Paul Crawford, trombone
Andy Anderson, trumpet
Clive Wilson, trumpet
Milton Batiste, trumpet
Klaus Einfeld, tuba
Recorded Berlin, August 12th, 1968
Produced by Joachim E. Berendt
Digitally remastered 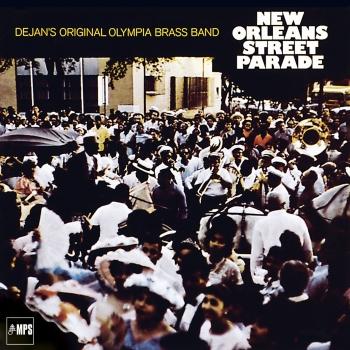