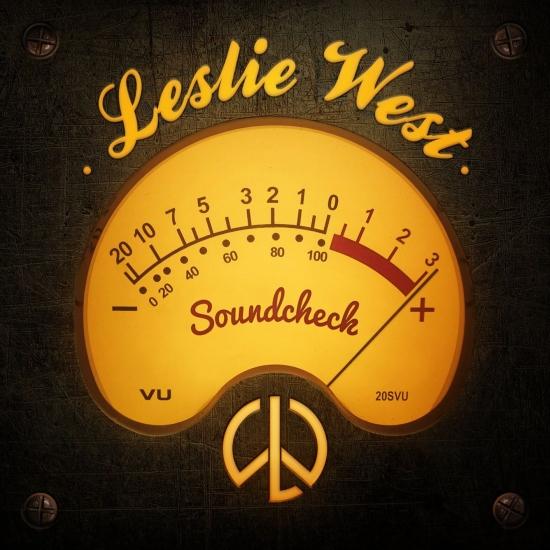 “Soundcheck” is the sixteenth solo album by legendary rock guitarist Leslie West. It follows 2011’s critically acclaimed “Unusual Suspects”, which featured contributions from such accomplished guitarists and close friends as Billy Gibbons, Slash, Zakk Wylde, Steve Lukather and Joe Bonamassa, and 2013’s Still Climbing, which included blistering duets with the late, great Johnny Winter, Jonny Lang and Mark Tremonti.
For this new release, Leslie lays down some of his most inspired musical magic to date with the assistance of true rock royalty: the renown British guitarists Peter Frampton and Brian May, ex-Jeff Beck keyboard virtuoso Max Middleton, vocalist extraordinaire Bonnie Bramlett and the late great Cream bassist and longtime friend of Leslie’s, Jack Bruce. Back in 1972, Leslie made musical history with Jack when they joined forces to form the super group West, Bruce and Laing. Soundcheck is co-produced and engineered by West's collaborator Mike 'Metal' Goldberg, who he shared, 'helped me get my sound down on 'Tape' as they used to say, and did an amazing job as he always does.' 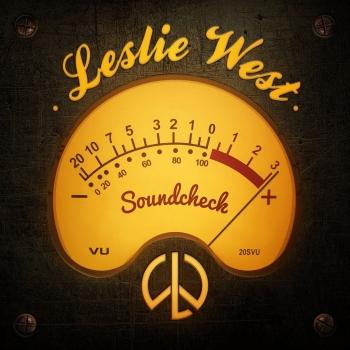 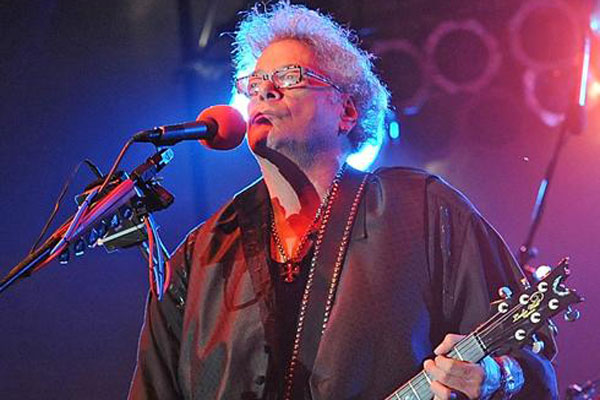 Leslie West
was born Leslie Weinstein in Forest Hills, Queens, New York. He quit school after his parents’ divorce and worked for a jeweler in Manhattan’s diamond district; it was there that West spent lunch hours staring at guitars in two famous music shops on 48th Street. As teens, West and his brother, Larry, soon formed an R&B Long Island Group, The Vagrants, and played on bills with The Who, Cream, Mitch Ryder, and others.
In the early 1970s, Mountain was formed by West and Cream’s producer, Felix Pappalardi, who played bass. N.D. Smart joined them on the drums and Steve Knight on the keyboard. The band played at Woodstock alongside such acts as Santana and the Jimi Hendrix Experience. Their first album, Climbing, was a success. A list of factors broke up the band and, during this time, West became a member of West, Bruce & Laing. A solo career followed, but Mountain got back together in the 1990s and continues to this day.
In addition to being labeled as one of the most innovative and influential musicians in the history of rock music, West’s band, Mountain, was named by VH-1 as one of the Top 100 Hard Rock Groups of all time. West has also played and recorded with rocker icons such as Billy Joel, The Who, and Jimi Hendrix, and has been named an important influence on music by Eddie Van Halen, Richie Sambora, and Michael Schenker.
West didn’t stop at hits such as Mississippi Queen, Stormy Monday, and Me And My Guitar (still on many radio stations today). He branched out from his role as guitarist, singer, and songwriter from time to time. He acted alongside Shelley Long and Tom Hanks in The Money Pit in 1986; did voiceover for the animated series Beast War Transformers beginning in 1996; and contributed to the theme music of the WB’s Mutant X.
West continued to remain in the public eye as a popular personality on the Howard Stern Radio Show and as Musical Director for Stern’s FOX series and Sam Kinison’s hit remake of Wild Thing. Big Phat Ass Guitar is West’s own instructional guitar DVD that has been released more recently.
A diabetes and cancer survivor, West has also experienced the substance abuse that killed some of his friends and contemporaries. He disappeared from music for a time to get his health sorted out, away from drugs and toward treatment. Once over 300 pounds, West lost 85 pounds when he was diagnosed with type 2 diabetes and started to watch his blood sugar. He now enjoys a revitalized and prolific career with a pending amp endorsement, abundant royalties, and platinum records. Mountain’s latest album, Masters of War, is a collection of Bob Dylan covers arranged in the West tradition. But possibly most famous of all, West has a new signature guitar, the Dean Leslie West model.